Prince Harry and Meghan Markle have been invited to join the rest of the royals on the Buckingham Palace balcony during the Platinum Jubilee celebrations, it is believed.

If the Duke and Duchess of Sussex do fly to London from California to celebrate the Queen’s 70 years on the throne, they will appear at several events, including a service of thanksgiving at St. Paul’s Cathedral.

However, they will not have take part in Trooping the Colour or have a formal role in the celebrations, it is understood.

Aides believe that the Sussexes’ presence would mean a lot to Her Majesty.

However, they have warned it would have to be carefully managed and would involve a ‘leap of faith’ from all sides after a string of damaging claims from Harry and Meghan since ‘Megxit’.

Prince Harry would also have to back down amid a row over his security, after he said he didn’t feel safe bringing his family to the UK following the government’s decision not to provide them with police protection.

A spokesperson for the Sussexes told the Telegraph on Monday that they were not in a position to discuss future travel plans. 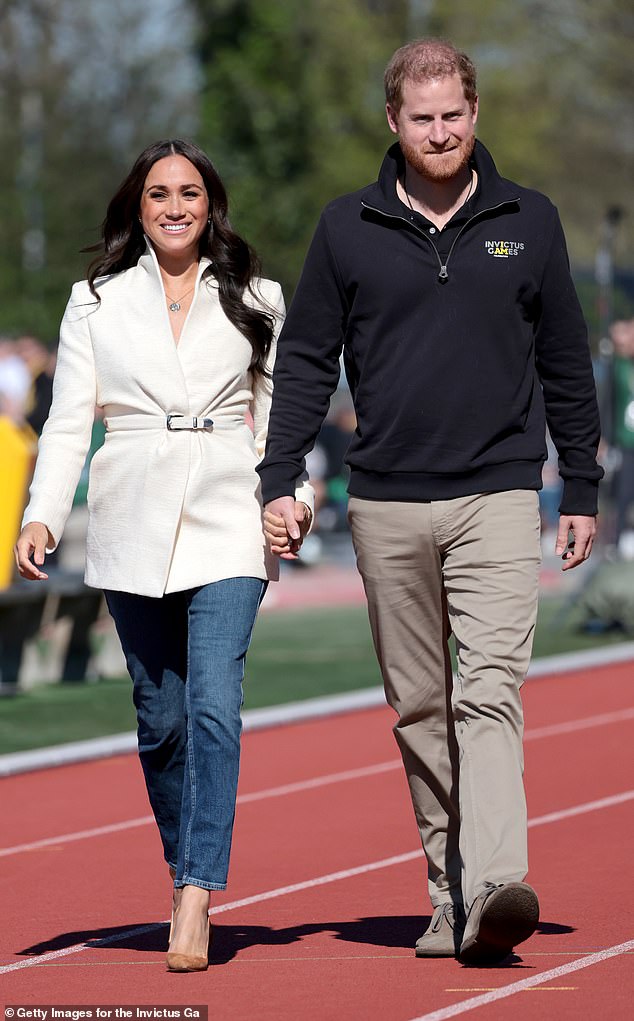 The Duke and Duchess of Sussex attending the Invictus Games athletics events. They are said to have been invited to attend the Queen’s Platinum Jubilee celebrations