Prince Charles has visited Margaret Thatcher’s old Oxford college today, after it marked a 100 years of degrees for women.

The Prince of Wales, 72, appeared to be in good spirits as he met with representatives from the Oxford India Centre for Sustainable Development during a trip to Somerville College.

It comes after the royal warned the world is being left ‘dangerously exposed’ to further pandemics due to the rapid destruction of the diversity and interconnectedness of all species.

Prince Charles said he did not need to stress the ‘planetary emergency confronting us, nor the desperately urgent need for action’.

He made the comments during a speech to the Sustainable Growth 2021 Conference, hosted by Cornwall Chamber of Commerce, on World Oceans Day and ahead of the G7 summit, which begins on Friday.

Prince Charles (pictured) has visited Margaret Thatcher’s old Oxford college today, after it marked a 100 years of degrees for women 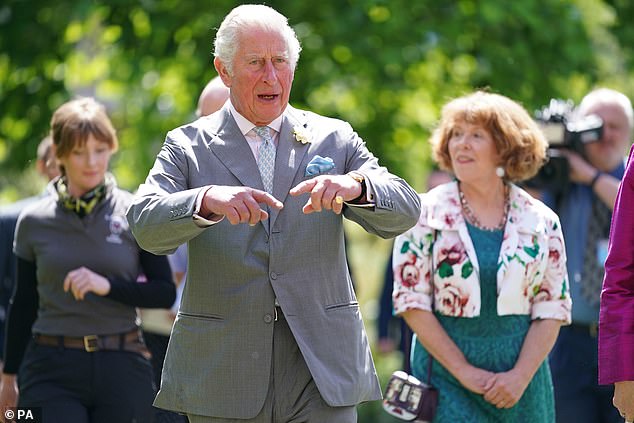 The Prince of Wales (pictured), 72, appeared to be in good spirits as he met with representatives from the Oxford India Centre for Sustainable Development during a trip to Somerville College

In 2019, Somerville College, which Baroness Thatcher attended in the 1940s, celebrated its 140th anniversary and marked 100 years of Oxford degrees for women last year.

The Oxford India Centre for Sustainable Development advances research on the complex challenges and opportunities posed by sustainable development in India.

During the visit Charles chatted to research students from the centre about their projects.

He was told about the use of satellites to identify areas suitable for sustainable forestry and learnt how another researcher was studying water risks to help cities manage water supplies.

When the prince was introduced to the only man in the group he joked: ‘They do allow men in!’

Founded in 1879, Somerville was one of Oxford’s first two women’s colleges. It boasts the late president of India, Indira Gandhi, and Testament Of Youth author Vera Brittain among its alumnae.

The college, which has a reputation for its ‘open and inclusive ethos’, started admitting men in 1994. 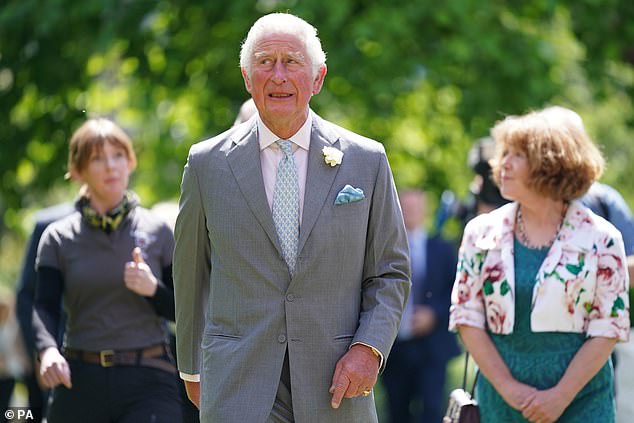 Baroness Thatcher read chemistry at Somerville in the 1940s. She later battled to preserve the college’s all-women status from European Community equality laws in the 1980s.

Earlier today, Prince Charles gave a speech to the Sustainable Growth 2021 Conference, ahead of the G7 summit, which begins on Friday.

Other speakers at the online event included Sir Patrick Vallance, the UK Government’s Chief Scientific Adviser, who said there was no ‘get out of jail free’ card to reaching the target of net-zero emissions by 2050.

Charles told the conference: ‘It is particularly timely that this important virtual event is being held today as we approach the G7 summit on Friday.

‘As the eyes of the world focus on this wonderful county, it is encouraging to see that so many Cornish businesses and organisations are already working together to find solutions to the environmental and social challenges we face.

‘I hardly need to stress the planetary emergency confronting us, nor the desperately urgent need for action, yet if I may say so, I believe we now find ourselves presented with a unique opportunity to catalyse change towards a sustainable nature-based path here in Cornwall.’ 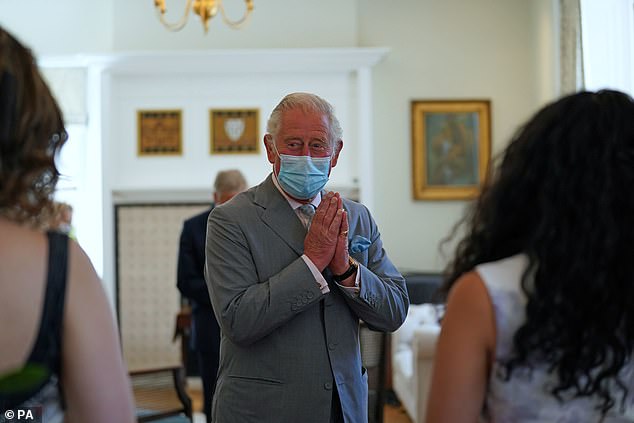 Prince Charles (pictured) said he did not need to stress the ‘planetary emergency confronting us, nor the desperately urgent need for action’

Charles said he hoped the conference would provide an opportunity to see a sustainable operating model for Cornwall in the future.

‘It is abundantly clear that Cornish businesses must deliver not just growth but the kind of sustainable growth, genuinely sustainable growth, which gives back to nature in return for what we take from her, and which consequently leaves the next generation the inheritance of a thriving natural environment that is more resilient, and able to deliver a shared prosperity within planetary boundaries,’ he said.

‘At present, we are rapidly and disastrously destroying the miraculous diversity and interconnectedness of all species of life on Earth, thereby leaving us dangerously exposed to further devastating pandemics.’

Charles described ‘globally significant’ projects taking place in Cornwall that focused on resolving the issues of climate change, loss of species diversity and habitats, particularly in the oceans.

He said these ‘innovative and exciting’ initiatives included floating wind power in the Celtic sea, the use of geothermal power, biomethane for heating and the potential for Cornish lithium to be used for batteries.

Charles added that he was delighted a number of Cornish businesses had taken up his Terra Carta charter, launched earlier this year, which ‘places nature at the heart of global recovery’.

He described the work of accelerating a green and carbon-free recovery as a ‘hugely important task’ that was ‘far from simple’.

‘However, I’m convinced that it can and must be done and that we must start now as time is rapidly running out on us as I speak,’ Charles said.

In his speech, Sir Patrick told how Britain had come through an ‘extraordinary year’ with the Covid-19 pandemic and the challenges it had brought.

‘But this challenge is much, much bigger than Covid, it will last much longer and it needs us to do things that will be embedded in everyday ways of working and living if we’re going to achieve it,’ he said.