Prince Charles has today spoken of the indifference he faced when attempting to raise environmental issues 50 years ago – saying ‘no one wanted to know’ at the time.

The Prince of Wales said some people thought he was ‘completely dotty’ when he began speaking about plastic pollution in the 1970s.

The Prince, 72, called for a financial penalty on farmers who pollute the environment – saying it would help ‘get us on the right track’.

He also reserved special praise for the world’s indigenous population, who he said were the one group who truly understood the danger the world faced due to climate change.

However the Prince said the world was waking-up to the need for change – something he said had become apparent in recent years.

Asked about the level of backlash he faced when speaking out on environmental issues in the 1970s, he said: ‘Well a great deal if I may say so, but no one really wanted to know at the time. I think they thought I was completely dotty. 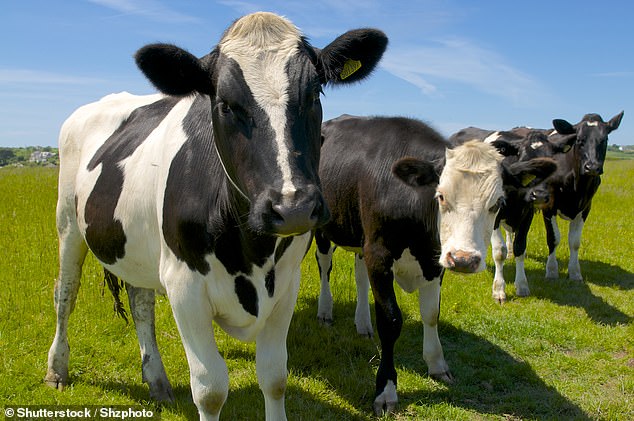 The royal heir says the overuse of chemicals, growth hormones and antibiotics in beef production (library image), as well as an over-reliance on mono-culture cropping systems in agriculture, is damaging the environment

‘The trouble is I think as human beings we tend to get somewhat carried away by new technologies of convenience and I don’t think the consequences of the collateral damage of these things are thought about.’

During the interview, conducted by award winning writer Ms Atwood, Prince Charles also hit out at ‘conventional’ intensive farming methods and said farmers who pollute the environment should be made to pay.

The royal heir, who for the last 35-years has owned a 1,000 acre organic farm in Gloucestershire, said the overuse of chemicals, growth hormones and antibiotics in beef production, as well as an over-reliance on mono-culture cropping systems in agriculture, is damaging the environment. 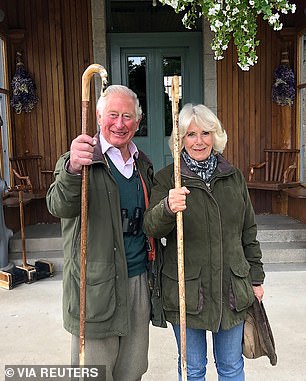 During his interview with the novelist, the Prince of Wales (pictured with the Duchess of Cornwall) spoke about his passion for environmental issues

He called for a ‘polluter pay system’ for farmers – something he believes will ‘get us on the right track’.

He said: ‘The reason that I was drawn to it (organic farming) was really because mounting concern about what I thought was the overuse of chemicals and artificial fertiliser, made from fossil fuels, the over use of antibiotics, the overuse of growth promoting hormones in beef production and the overuse of mono-culture cropping systems.

‘You have to remember nature is not a mono-culture, it is based on a system of immense diversity.

‘So all of these things made me feel it would end up in tears if it went too far.

‘Of course the ultimate irony is that in many ways our own internal natural micro-bio mirrors natures macro-bio, so farming in this over-excessive conventional way is polluting us as well as nature’s own eco-systems, that’s why I’ve always felt the polluter should pay.

‘If you introduced a polluter pay system it would instantly start to get us on the right track.’

During his interview with the novelist, the Prince of Wales revealed he first became engrossed in environmental issue in the 1960’s when he witnessed the ‘destruction’ of natural habits in the UK.

‘The fact that nothing was sacred was the thing that upset me a great deal,’ he told Ms Atwood.

However the Prince said he had noticed considerable change in urgency in the last 18 months when it came to environmental issues. 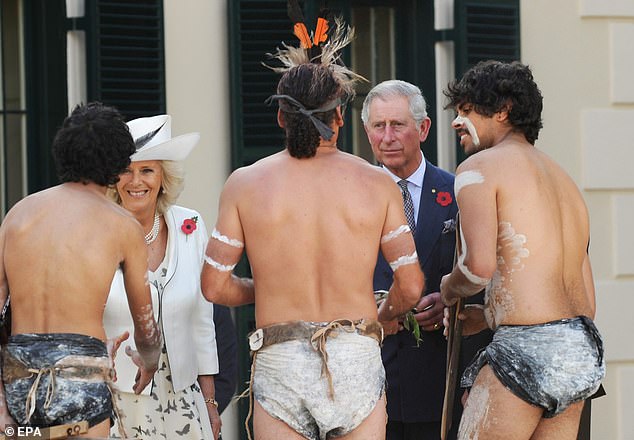 The Prince of Wales also reserved a special praise for the world’s indigenous people. Pictured: Prince Charles, the Prince of Wales and Camilla, the Duchess of Cornwall take part in a traditional Indigenous welcome and smoking ceremony during a reception at Government House in Adelaide, Australia in 2012

He said he had noticed the change while working on his Sustainable Markets Initiative – launched last year and something he described as a ‘broker’ between investors and sustainable investment opportunities.

He told BBC Radio 4: ‘Bit by bit we recruited a few people to begin to start understanding and leading the way but you could never really get past most of the barriers, until suddenly I noticed in the last 18 months of so there has been a complete change of approach.

The Prince of Wales also reserved a special praise for the world’s indigenous people, describing them as the group who really understand the environmental threat the planet faces.

He said: ‘I’ve been talking to quite a lot of the First Nations leaders in Canada over the last year, and it’s high time we paid more attention to their wisdom, and the wisdom of indigenous communities and First Nations people all around the world.

‘We can learn so much from them as to how we can rewrite the balance and start to rediscover a sense of the sacred because nature – Mother Nature – is our sustainer, we are part of nature. We are nature.’