Suited and booted! Prince Charles looks dapper in a dark grey suit as he visits a local shirt-making business in Gloucester

Prince Charles looked in high spirits as he paid a visit to a local shirt-making business in Gloucester today.

Charles, 71, who looked dapper in a dark grey suit, arrived at the Emma Willis LTD factory and could be seen smiling and clapping as he unveiled a commemorative plaque to mark the occasion.

During his stay, he spoke to Andy Reid, veteran and fundraiser for ‘Style for Soldier’ – a charity started by Emma to provide complimentary smart clothing for injured service men and women.

The store boasts a whole host of celebrity fans – including the likes of Gary Barlow, Daniel Craig and David Gandy.

Prince Charles, 71, looked in high spirits as he arrived for his visit at the Emma Willis LTD factory in Gloucester today 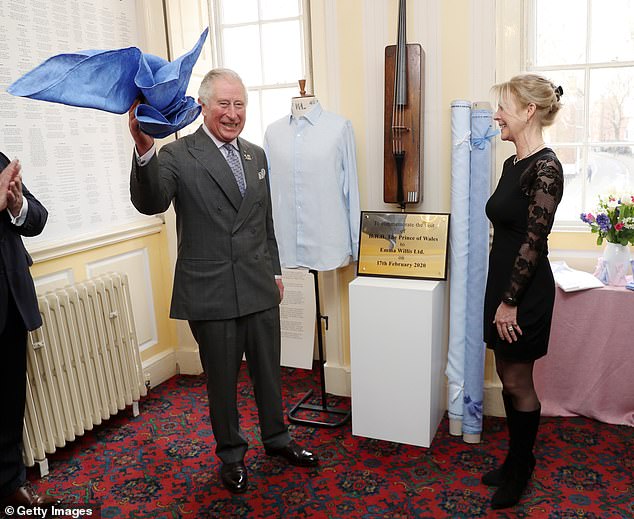 The Prince of Wales unveiled a commemorative plaque to mark his visit at the Emma Willis LTD factory, while Emma Willis watched on 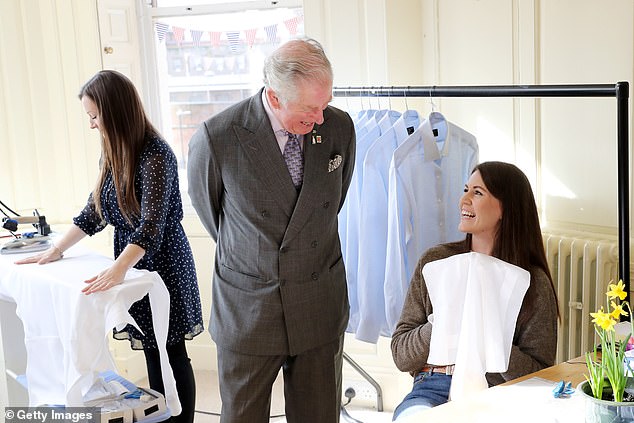 Following his arrival, Prince Charles was welcomed to Bearland House, in Bearland, by Emma Willis.

He then signed the guest book, before meeting various members of staff at the factory who were eager to meet him.

Emma Willis Ltd first set up her clothing brand in 1989, where she set to work making bespoke shirts in a South East London factory.

In 1999, she opened a shop on Jermyn Street, before opening the factory at Bearland House in 2010. 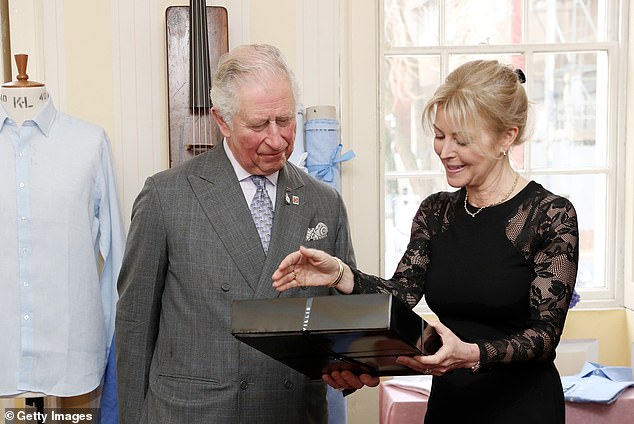 Emma Willis LTD first set up her clothing brand in 1989, where she set to work making bespoke shirts in a South East London factory. Pictured, gifting Charles a present 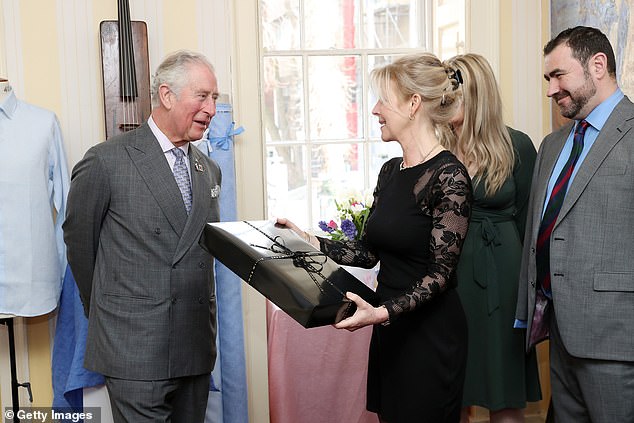 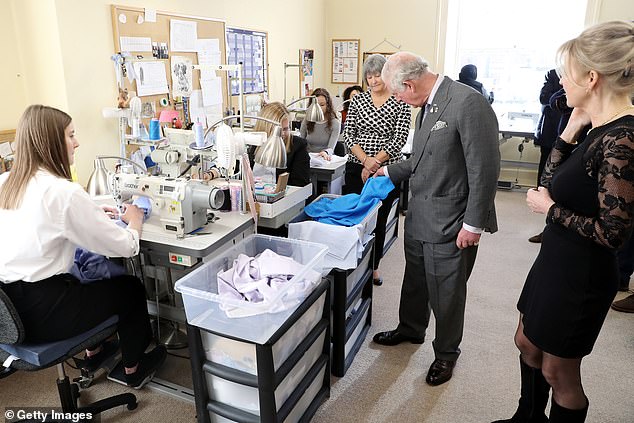 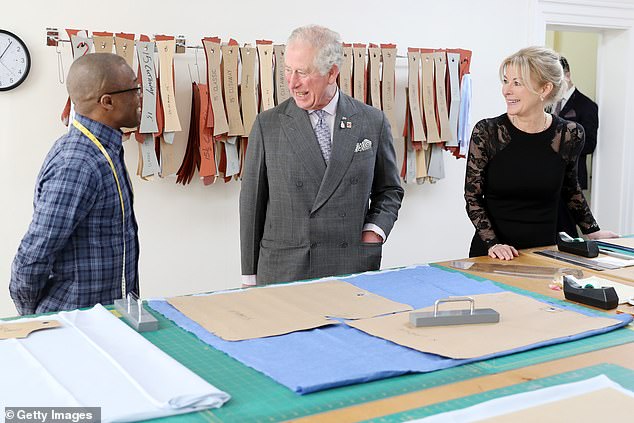 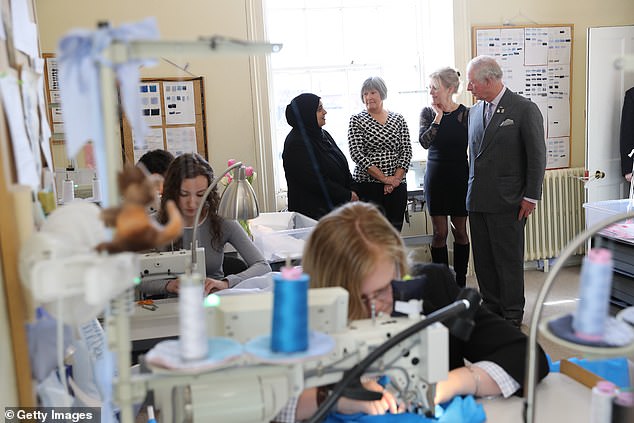 In 2018, Emma’s charity  ‘Style for Soldier’ put on an exhibition which showcased painting, poetry, film, and sculpture by injured service personnel who are using their creativity to help recover from the traumas they endured at war.

Emma Willis Ltd also works closely with Gloucester-based companies in a bid to help vulnerable members of the public struggling with employment.

She now has over 30 employees – including two Syrian refugees – one being Nareen Hussain, a cutter, who Charles could be seen speaking to in the cutting room.

Before his departure, Charles looked delighted to be gifted a present by Emma, as employees watched on. 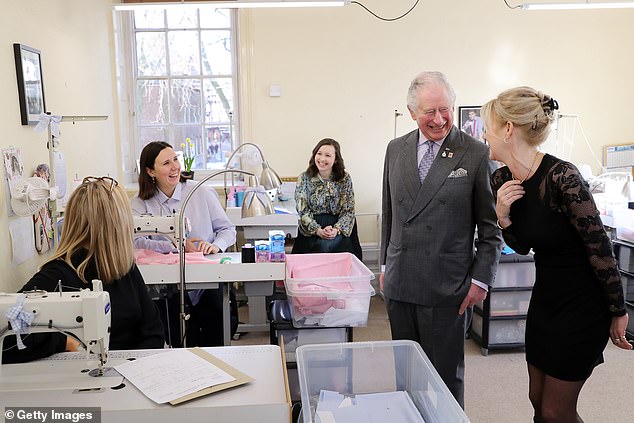 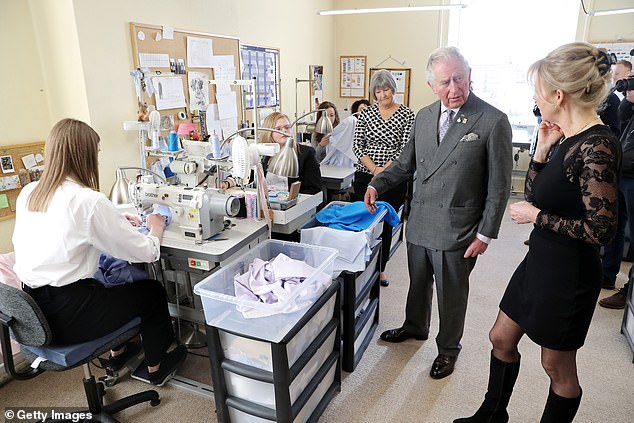 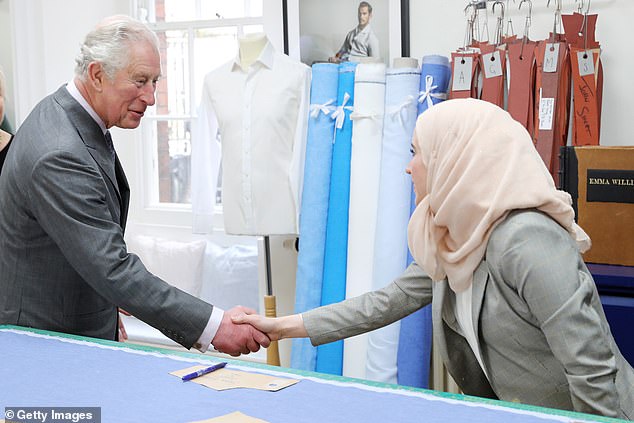 Prince Charles engaged in conversation as he greeted Nareen Hussain, a cutter and Syrian refugee, in the cutting room 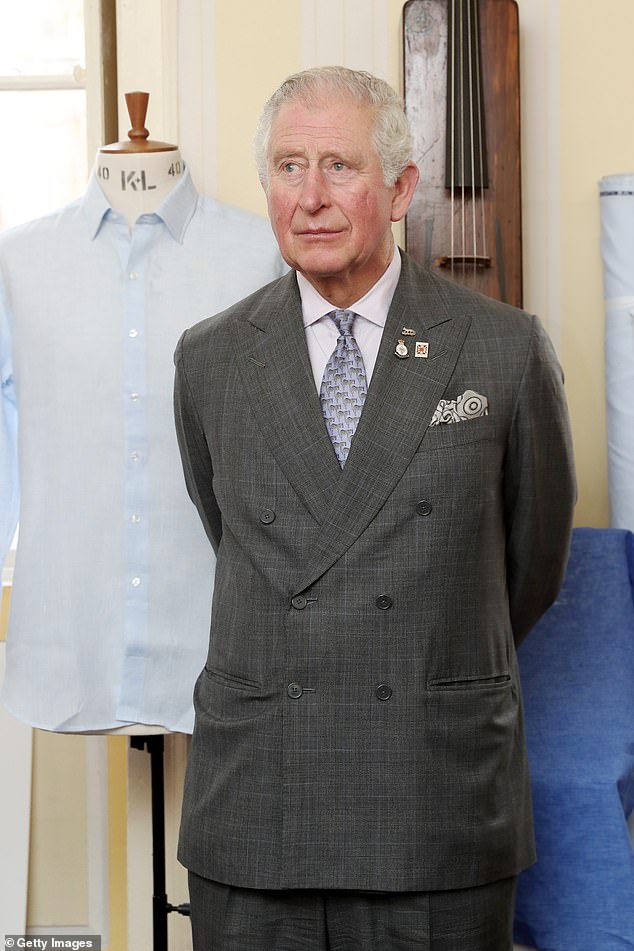 The 71-year-old looked the part in a dark grey check suit, white shirt and detailed patterned tie for the occasion 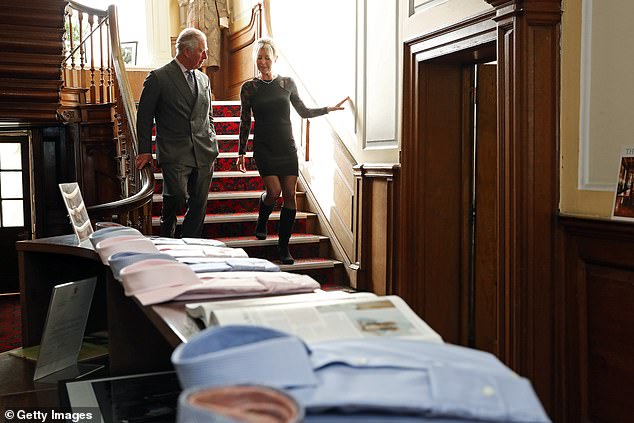 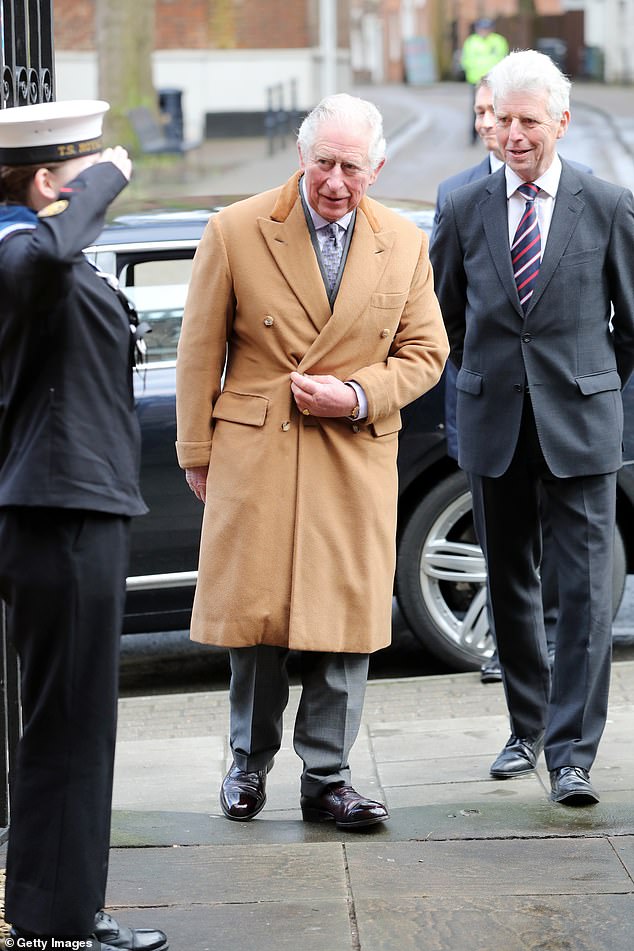