Friends of Prince Charles launched a blistering attack on The Crown last night, accusing producers of the hit Netflix drama of ‘trolling on a Hollywood budget’.

Some of the Prince’s closest confidantes have accused the streaming giant of exploiting the Royal Family’s pain for financial gain and raged that ‘fiction is presented as fact’ in its twisted version of events.

The fourth series, which launches today, covers Charles’s doomed marriage to Princess Diana, her eating disorders and his affair with Camilla Parker Bowles.

But the broadcaster’s willingness to traduce the reputation of the Royals has raised fresh questions among senior family members about the Duke and Duchess of Sussex’s decision to sign a multi-million-pound deal with the California-based broadcaster.

Emma Corrin as Princess Diana and Josh O’Connor as Prince Charles in the fourth series of Netflix’s The Crown. Friends of Charles launched a blistering attack on the show, accusing producers of of ‘trolling on a Hollywood budget’ 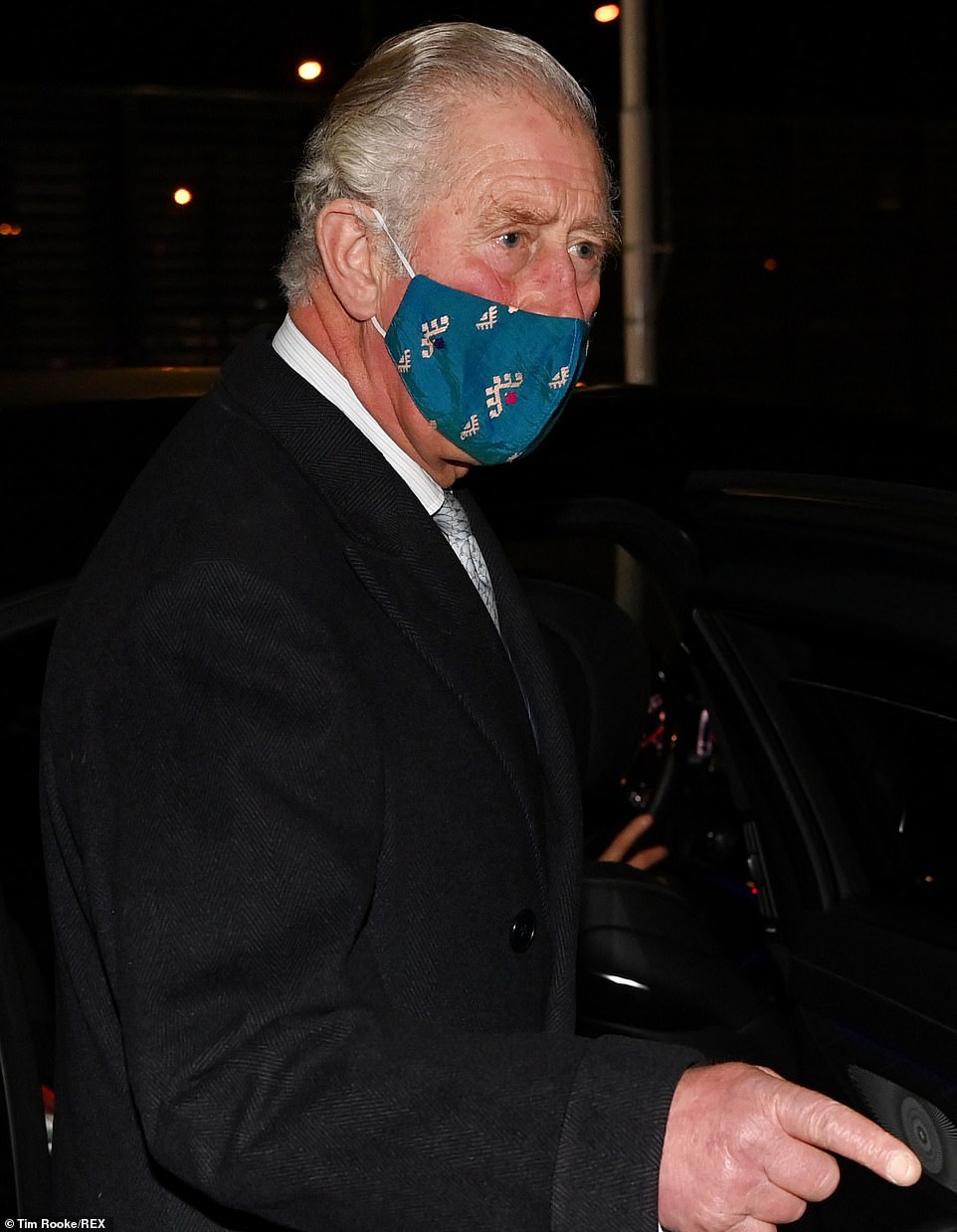 In a series of highly unusual public interventions that demonstrates the depth of concern at the very top of the Royal Family, Palace insiders have lined up to slate the Netflix show.

‘This is drama and entertainment for commercial ends being made with no regard to the actual people involved who are having their lives hijacked and exploited,’ said one insider.

‘In this case, it’s dragging up things that happened during very difficult times 25 or 30 years ago without a thought for anyone’s feelings. That isn’t right or fair, particularly when so many of the things being depicted don’t represent the truth.’

The fourth series of the successful drama covers the years from Lord Mountbatten’s assassination in 1979 to the ousting of Margaret Thatcher in 1990. But it is the depiction of a callous and self-serving Charles meeting and marrying an innocent Diana while maintaining his affair with the then married Camilla which has sparked such anger.

‘The new series paints the Prince and Duchess in a very unflattering light but at least at the start of reality shows like The Only Way Is Essex they admit that some scenes have been invented for entertainment,’ a Palace source said.

‘There is no sense of telling carefully nuanced stories – it’s all very two-dimensional. This is trolling with a Hollywood budget. The public shouldn’t be fooled into thinking this is an accurate portrayal of what really happened.’

Scenes showing Diana gorging on food before vomiting into a toilet are so graphic that they will carry on-screen warnings. The prospect of that – and the very public reminder of his parents’ bitter split – will no doubt also irritate Prince William, according to one insider.

‘The Duke of Cambridge is none too pleased with it. He feels that both his parents are being exploited and being presented in a false, simplistic way to make money,’ the source said. 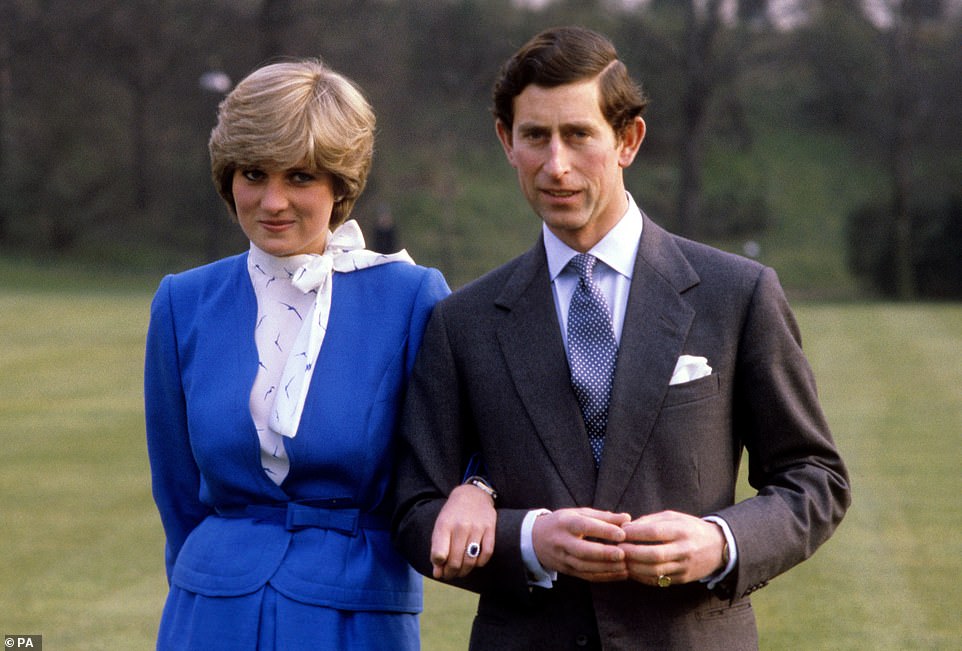 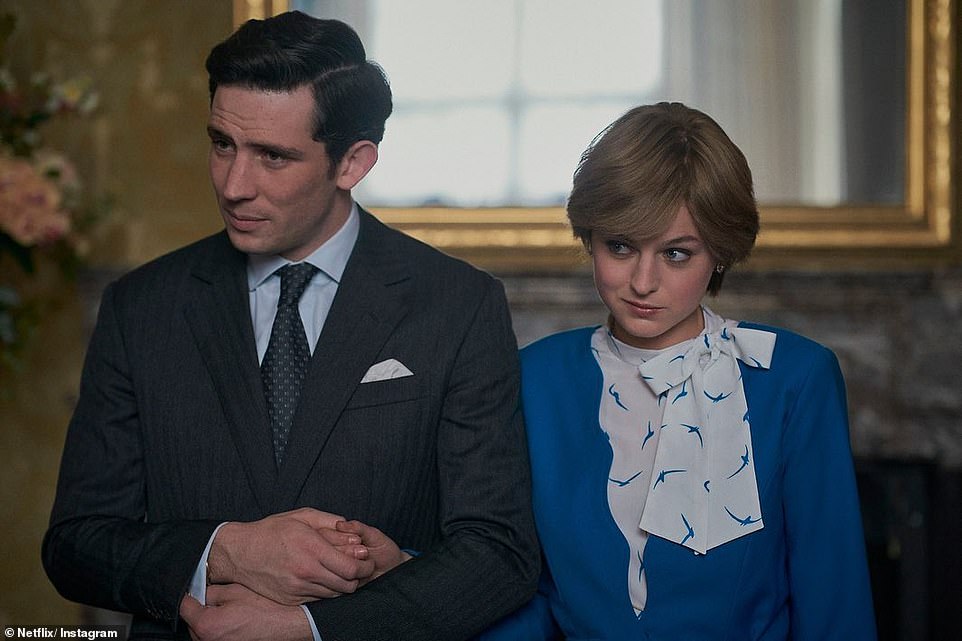 The row – the most serious between a broadcaster and the Royal Family since the BBC apologised to the Queen in 2007 after it wrongly implied that she had stormed out of a photoshoot – will refocus attention on the deal sealed with Netflix by Prince Harry and Meghan Markle earlier this year. Some estimates have put its value at $100 million (£75 million).

‘There are raised eyebrows about Harry taking millions from the company that’s behind all this,’ said an insider. ‘After all where do much of Netflix’s profits come from? The Crown.’

Until now, the Royal Family has refused to comment on The Crown.

However, The Mail on Sunday understands that the Queen and the Duke of Edinburgh were angry with previous series. Philip was shown having an affair with a ballerina during the second series and, in the third, ignoring his mother, Princess Alice, when she came to live at Buckingham Palace in 1967. Neither happened.

As Prince Charles yesterday celebrated his 72nd birthday, friends set out what they insist are gross inaccuracies in the new series. Among them are scenes showing Charles verbally abusing his wife, and Diana confronting the Queen and the Prince of Wales about his affair at their wedding rehearsal at St Paul’s Cathedral.

The series suggests, also erroneously, that the affair between Charles and Camilla continued throughout his marriage to Diana. 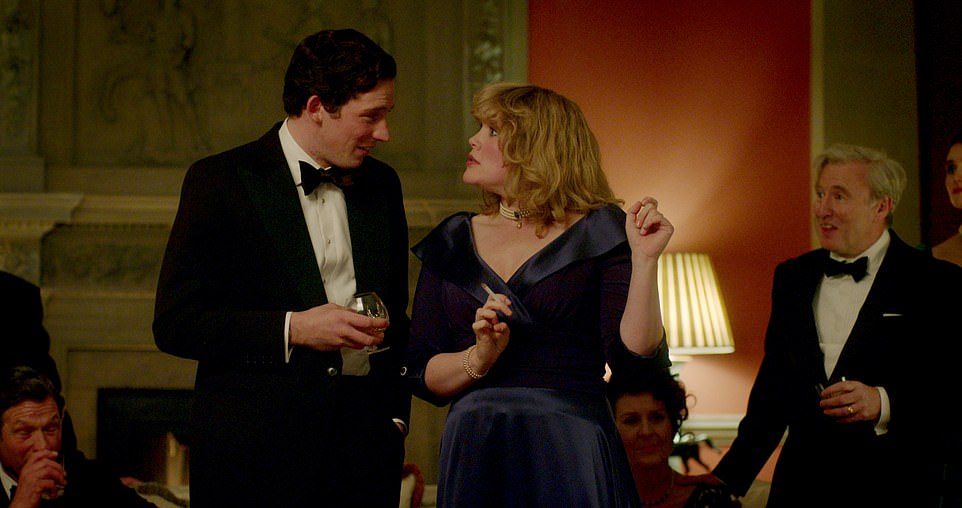 In what is felt to be a particularly wounding fabrication, Charles’s beloved great-uncle, Earl Mountbatten is shown, shortly before his death at the hands of the IRA, telling the Prince that the family are disappointed at his relationship with Camilla and to find a wife. In the drama, Charles calls him a traitor. There is no evidence the exchange happened.

In another insidious fictional scene, Prince Philip issues a threat to Diana in 1990 after she suggests leaving Charles. Sources said this appeared to be a clumsy reference to baseless conspiracy theories that he was somehow involved in the car crash in Paris that killed the Princess in August 1997.

One Palace source accused Netflix of failing to realise that there are still scars from Charles and Diana’s bitter split.

‘These events are not the history of 100 or even 50 years ago. The pain is still raw and not enough time has elapsed,’ the insider said. ‘Fiction becomes more attractive than fact and to dramatise these painful events of marriage breakdowns and children upset is very insensitive.’

Last night, Royal biographer Sally Beddell Smith said: ‘The Crown is a work of fiction and the level of invention has been growing. While the earlier seasons were period pieces, series four is recent history, so it seems more cruel in its false depictions.

‘Because The Crown is such a lavish and expensive production, and so much attention has been paid to visual details about historical events, viewers are tricked into believing that what they are seeing actually happened. There should be a disclaimer at the start of each programme saying, “This is a work of fiction and any resemblance to those living or dead is purely coincidental.” ’

Accusing The Crown’s writer, Peter Morgan, of being ‘almost Trumpian with his alternative facts’, she added: ‘There has been extreme and egregious misrepresentation… Viewers should not be fooled. This is a Downton Abbey version of the Royal Family.’