Prince Charles has called on world leaders to ‘help India’ as he said he was ‘deeply saddened’ by photographs revealing the toll of coronavirus on the country.

Heir to the throne Charles said the British Asian Trust, which he founded in 2007, has launched an Oxygen For India emergency appeal.

It will raise funds for oxygen concentrators to be sent to the hospitals and patients most in need.

Photographs showing the devastating impact of the disease in India in recent days revealed how crematoriums are so overrun officials have taken to burning bodies using funeral pyres.

The prince said: ‘Like many others, I have a great love for India and have enjoyed many wonderful visits to the country. Indian aid and ingenuity has been a support to other countries through this immensely difficult time.

Heir to the throne Charles (pictured) said the British Asian Trust, which he founded in 2007, has launched an Oxygen For India emergency appeal 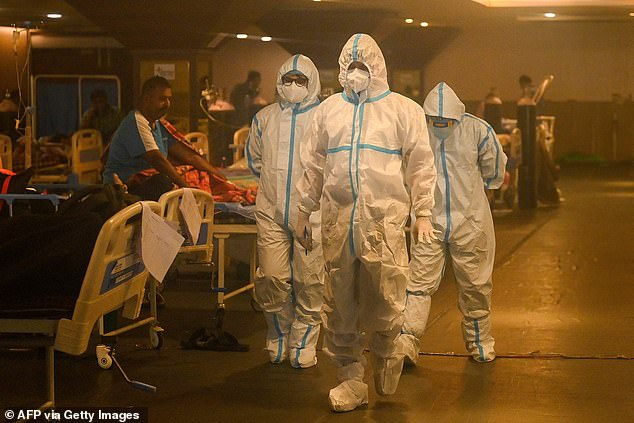 ‘As India has helped others, so now must we help India.’

He said those suffering from the disease in India were in his ‘thoughts and prayers’, adding: ‘Together, we will win this battle.’

But investigations by Indian newspapers at cremation grounds around the country suggest the true death toll could be double that, because the official figure only includes those who die in hospitals – which are currently overwhelmed, leaving patients to die at home or in the streets. 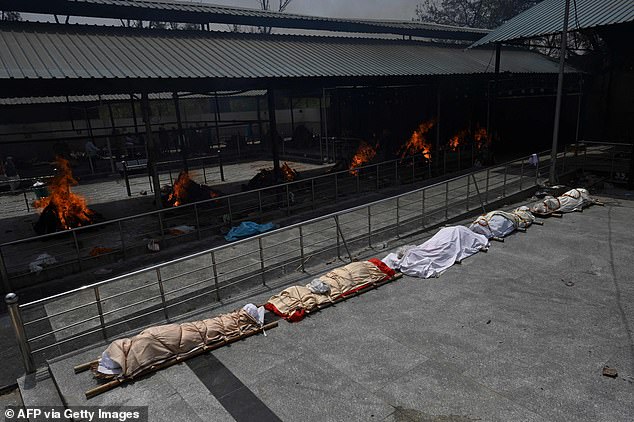 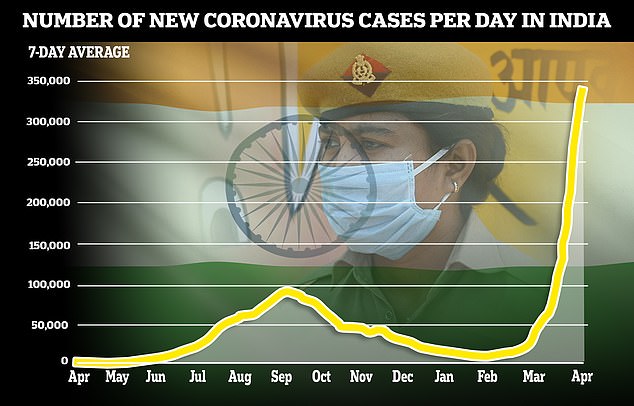 India also recorded another 360,960 cases of Covid, also a one-day record, as Delhi’s chief minister warned the wave is being driven by a ‘supremely infectious’ variant that causes more severe cases that last longer 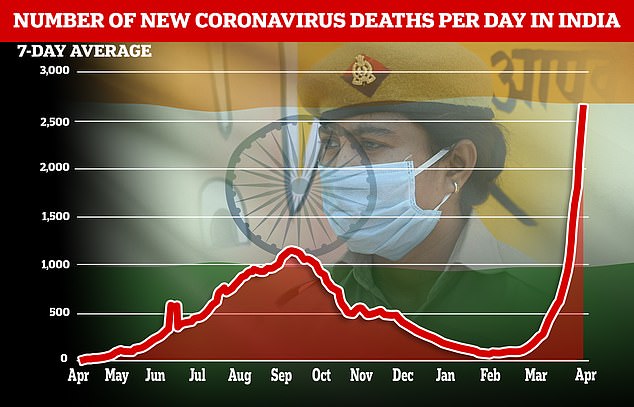 India reported 3,293 new cases of Covid on Wednesday, a new one-day record, but amid warnings the true toll is likely far higher because the country only counts those who die in hospitals

One cremation ground in Bangalore recorded 3,104 cremations of Covid victims during March and April, the Times of India reports, but official government figures for the city only logged 1,422 Covid deaths.

Bhramar Mukherjee, an epidemiologist at the University of Michigan, told the New York Times his modelling suggests India’s death toll is at least double the official tally, but could be up to five times higher.

Meanwhile, Delhi chief minister Arvind Kejrilwal warned today the wave is being driven by a ‘supremely contagious’ variant of the disease which is causing more severe cases of Covid that take longer to recover from, pushing hospitals past their limits. 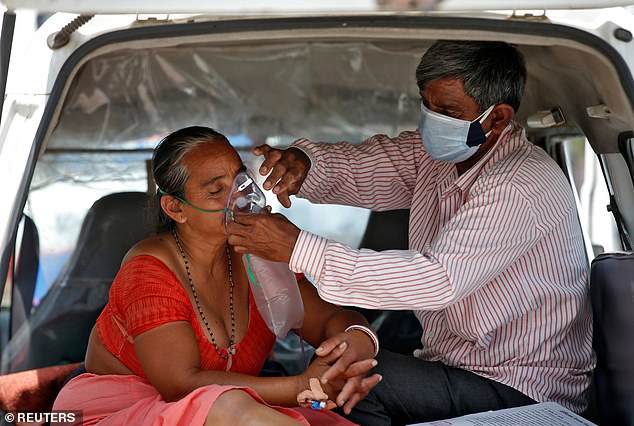 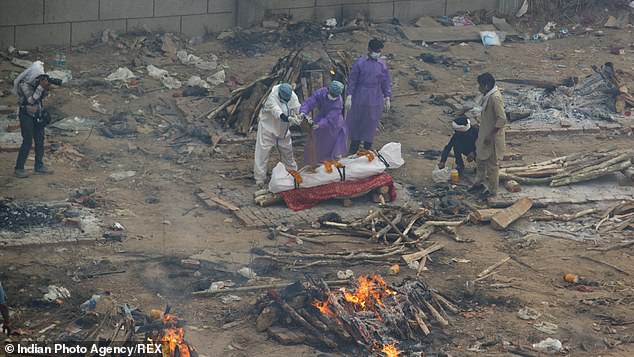 Cremation workers in Delhi prepare a body to be burned, with staff now working night and day in order to keep up with the demand. Hindu tradition stipulates that a body should be burned within 24 hours of the person’s death 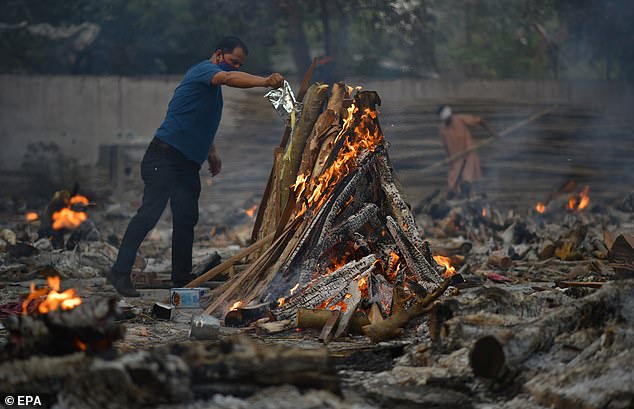 Testing shortages, common in countries overwhelmed by the virus, are further suppressing the official count while The Telegraph reports that some states are not logging deaths as Covid-related if there is a comorbidity that contributed to the death.

‘I can easily say that around 1,000 Covid-19 cases are getting funerals every day. This figure is seven to eight times higher than the official figures,’ the manager of one crematorium in Delhi told the newspaper

In a frank admission to BBC Radio 4, Narendra Taneja – a leader in the ruling BJP party – said today that ‘nobody knows’ the true death toll in India, but denied the government is deliberately covering up deaths.

‘In a country like India, a huge country, you can’t hide a death in this country, if there is any mismatch that will come out,’ he said.

In the capital, New Delhi, ambulances lined up for hours to take COVID-19 victims to makeshift crematorium facilities in parks and parking lots, where bodies burned on rows of funeral pyres.

Coronavirus sufferers, many struggling for breath, flocked to a Sikh temple on the city’s outskirts, hoping to secure some of its limited supplies of oxygen.

Hospitals in and around the Indian capital said oxygen remains scarce, despite commitments to step up supplies.