The Prince of Wales is set to become patron of a Jewish youth organisation as it celebrates its 125th anniversary year.

They were part of programmes which helped them to succeed and be good members of society.

His appointment has been welcomed as an ‘absolute honour’ by Neil Martin, the organisation’s chief executive, who praised the royal with always having been a believer in the power of young people within their communities.

The Prince of Wales is to become patron of Jewish youth organisation the Jewish Lads’ and Girls’ Brigade (JLGB) as it celebrates its 125th anniversary year. Pictured: Prince Charles with members of the group at a reception at Buckingham Palace last December

Neil said: ‘It’s an absolute honour to welcome HRH the Prince of Wales as our patron, because he has always been a tremendous believer in the power of young people to support and lead their communities for the betterment of British society and a brighter tomorrow.

‘We’re absolutely thrilled that HRH has agreed to be patron, taking on this position during our historic anniversary year, which of course rightly pays homage to the incredible role JLGB has played over the past 125 years in society, but also shows absolute faith in the future contributions the next generation of young British Jews are yet to make.’

The organisation has been running virtual programmes to support children, young people and their families during lockdown.

This week it is launching JLGB Fuel, a centralised planning system for adult volunteers and youth leaders which aims to power the organisation ‘by uniting and amplifying its activities across the UK’. 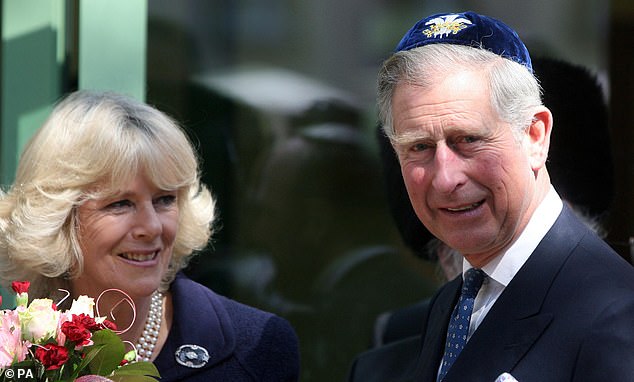 It is preparing to restart its local weekly programmes across the UK next month after a six-month break due to the pandemic and is launching a new-look website and an online system to make it easier for new members to join.

The organisation said its new way of working will place greater emphasis on youth empowerment in the running of JLGB, in recognition of the role of young people in the success of an almost-nightly livestream run during the lockdown which was seen by more than 1.8 million unique viewers.

Lord Levy, JLGB’s president, said they are ‘delighted and honoured to have the recognition and support’ of Charles, ‘evermore so during these uncertain times’. 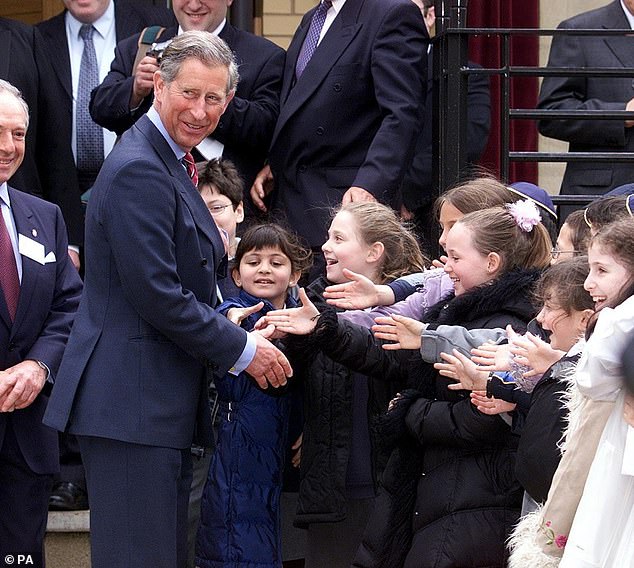 The Prince also opened a synagogue in Bowden, Cheshire, in 2003 and was mobbed by adoring Jewish children

Lord Levy added: ‘There is no more significant a way to start a new era than with HRH the Prince of Wales as our new patron, who cares and helps so much with the youth of our country. We feel confident that he will help us all continue in our mission to grow and develop JLGB for the next generation.’

His Royal Highness has previously paid tribute to the Jewish community.

At a reception at Buckingham Palace last year, the Prince said, ‘In every walk of life, in every field of endeavor, our nation could have had no more generous citizens, and no more faithful friends.’

And on a visit to Jerusalem in January, Charles met a holocaust survivor Marta Wise, who as a 10-year-old girl was sent to Auschwitz and experimented on by notorious Nazi doctor Josef Mengele. 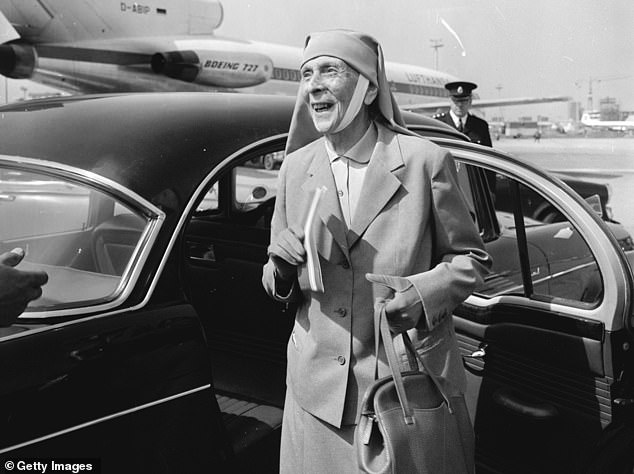 ‘I have long drawn inspiration from the selfless actions of my dear grandmother, Princess Alice of Greece, who in 1943 in Nazi-occupied Athens, saved a Jewish family by taking them into her home and hiding them,’ the prince said. Pictured: Princess Alice in 1965

While in Jerusalem, Charles also paid homage to his grandmother, Princess Alice, for sheltering Jews in Nazi-occupied Greece during World War II.

‘I have long drawn inspiration from the selfless actions of my dear grandmother, Princess Alice of Greece, who in 1943 in Nazi-occupied Athens, saved a Jewish family by taking them into her home and hiding them,’ the prince said at the forum in the Yad Vashem Holocaust memorial centre.

The news comes after Charles joined a charity for the unveiling of their 100th community fridge in Scotland to mark his return to in-person duties after the summer break. 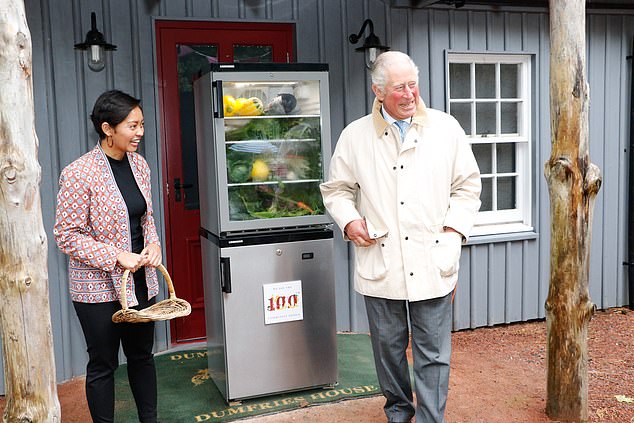 The Prince of Wales joined the Community Fridge Network UK for the unveiling of their 100th community fridge in Scotland today. Pictured laughing and chatting with network manager Kanahaya Alam

His Royal Highness and Kanahaya Alam were pictured standing in front of the fridge, which was filled with fresh fruit and vegetables.

The royal, who wore a cream overcoat for the appearance due to the colder weather, held open the fridge for a young blonde girl who placed a selection of vegetables in a basket into the food store.

The Community Fridge Network, run by environmental charity Hubbub, supports community fridges across the UK to share good food from local businesses and individuals that would have otherwise gone to waste.