By Mark Hookham and Lucy Moses For The Mail On Sunday

Prince Andrew recalled seeing a Spitting Image puppet of himself at the home of US paedophile Jeffrey Epstein during a function at Buckingham Palace, The Mail on Sunday can reveal.

Steve Wright, an award-winning puppeteer, says the Duke of York told him at the 2003 reception that his own puppet from the satirical TV show had been bought by a friend in New York and how it had been used to play a prank on him.

The puppeteer was one of 600 guests and had been nominated to attend because of his contribution to education.

The exchange appears to at least partly verify claims that socialite Ghislaine Maxwell presented the Prince with the puppet in April 2001 in Epstein’s New York home.

It is alleged Andrew used the puppet to ‘grope’ Virginia Roberts, then aged 17, and Johanna Sjoberg, one of Epstein’s former sex slaves, then 21, in the mansion’s study.

Prince Andrew recalled seeing a Spitting Image puppet of himself at the home of US paedophile Jeffrey Epstein during a function at Buckingham Palace, The Mail on Sunday can reveal

In an unpublished book, Ms Roberts – who claims she was forced to have sex with Prince Andrew on three occasions – wrote that ‘when Andrew cupped my breast with a doll made in his image, I only giggled away’.

Ms Sjoberg testified to the alleged incident in a 2016 legal deposition, describing how Andrew and Ms Roberts – who now goes by her married surname Giuffre – were sitting on a couch with the puppet.

‘And so then I sat on Andrew’s lap – and I believe on my own volition – and they took the puppet’s hands and put it on Virginia’s breast, and so Andrew put his on mine,’ she added. The Duke has always strenuously denied having sex with Ms Roberts and any other wrongdoing.

Mr Wright, 55, who uses puppet characters to teach young people about issues including sexual health, recalled how the Prince became animated when he told him about his work.

He said: ‘I told him I was a puppeteer and how I just started making puppet shows and that people really liked them. 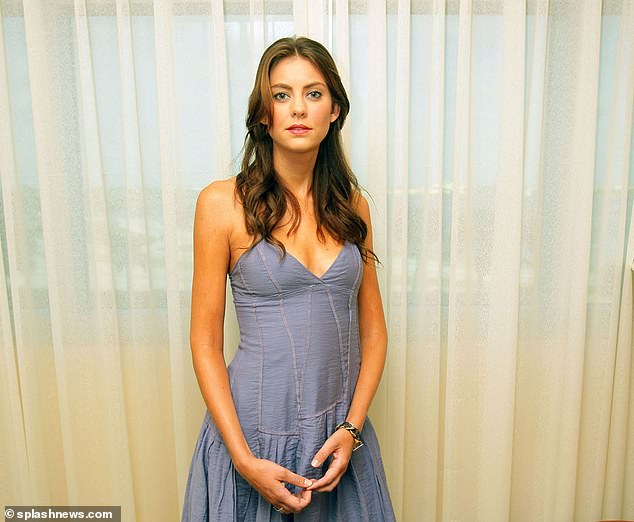 It is alleged Andrew used the puppet to ‘grope’ Virginia Roberts, then aged 17, and Johanna Sjoberg (pictured), one of Epstein’s former sex slaves, then 21, in the mansion’s study

‘Then I showed him a picture of one of my puppets and he had a clear facial reaction… the story literally exploded out of him. He said, “Oh my God, puppets! Spitting Image – do you know that my friend bought my Spitting Image puppet and you’ll never believe it, he played a trick on me.”

‘He told me he went to an apartment in New York and saw the “bloody thing” sitting up on the sofa and that he “nearly had a bloody heart attack” as he was there looking at himself.’

Mr Wright, from Huddersfield, said he learnt of the allegations about the Spitting Image puppet earlier this year. ‘Why would she [Ms Roberts] make up a story about puppets? It all just clicked,’ he said.

Last night, a spokesman for the Duke declined to comment.