Prince Andrew missing Ascot this week has given the Royal Family hope the Duke may be finally realising he has to step away from public life.

The 62-year-old Duke of York was due to attend the Berkshire horse racing event this week, joining other members of the Firm in a carriage procession.

But according to the Times, a source said he decided to stay away, in a decision made ‘without fuss’, following the controversy generated by his desire to attend Monday’s Order of the Garter ceremony at Windsor Castle.

Prince Andrew was forced to miss that event, one of the most colourful events in the royal calendar, after the Prince of Wales and Duke of Cambridge reportedly lobbied the Queen about his participation.

The decision was clearly taken at the 11th hour, because Andrew’s name was on the order of service.

Prince Andrew’s decision to skip Ascot has reportedly left the Royal Family relieved, and feeling like the Duke may be starting to realise he should move back from public life, according to reports 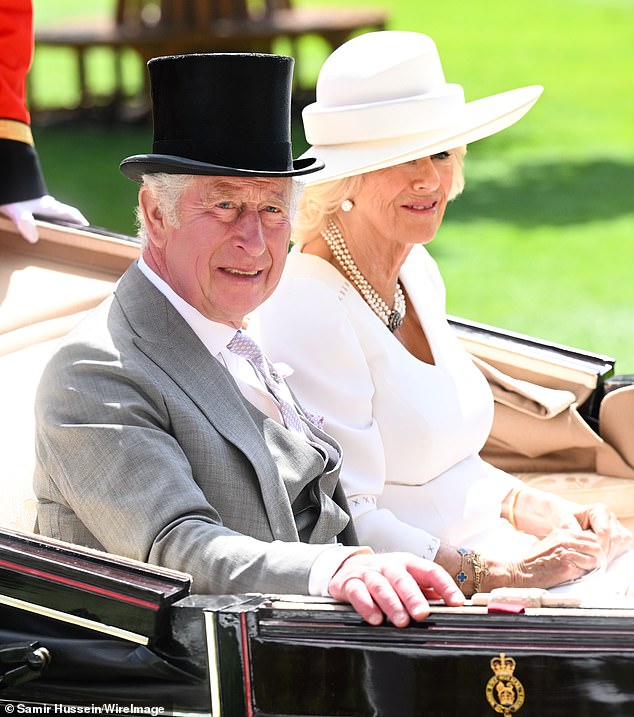 Other members of the Firm, including Prince Charles and the Duchess of Cornwall (pictured) took part in a carriage procession as they attended Ascot this week

According to Finding Freedom author Omid Scobie, the Duke was left ‘crushed and confused’ after he was banned from attending.

Writing in his column for Yahoo News, Omid, known for his biography about the Duke and Duchess of Sussex, said source said Andrew was ‘crushed… [and] a little confused’.

Earlier in the week, the Duke of York was apparently under the notion that blessing had been given for him to attend the service alongside senior members of the royal family.

Omid said the monarchy’s ‘reluctance to completely remove Prince Andrew from all aspects of royal life’ is ‘damaging’ and ‘reflects terribly on the family’. 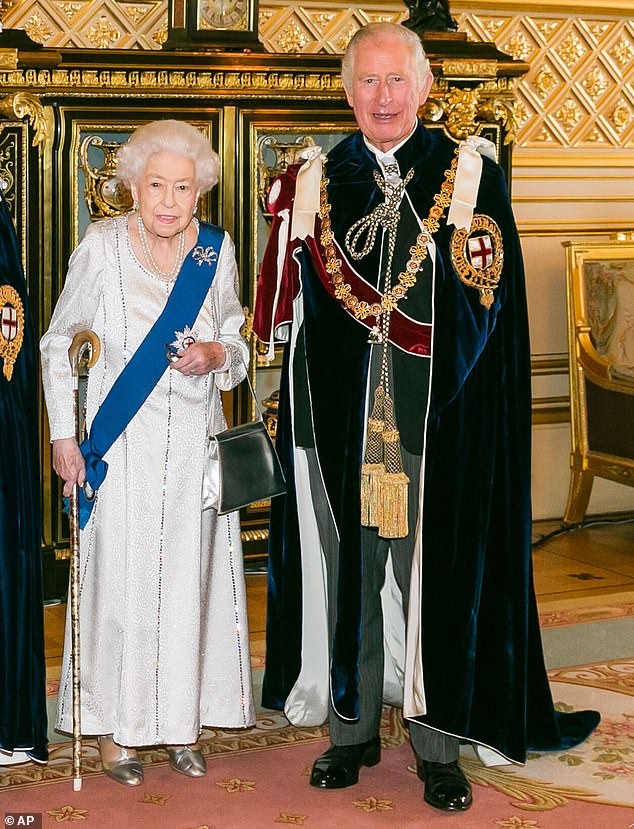 The Duke of York, 62, was not seen in public during the ceremony at Windsor Castle, one of the most colourful events in the royal calendar, after the Prince of Wales and Duke of Cambridge reportedly lobbied the Queen (pictured with Prince Charles) about his participation

He added: ‘The reluctance was… clear when Andrew was allowed to walk the Queen in front of the world’s media for Prince Philip’s televised memorial service, and when he was given the go-ahead to attend some of the Platinum Jubilee events.’

In the end, the Duke didn’t join royal family members at the four-day festivities due to a positive COVID-19 test result.

Omid continued: ‘Every chance Prince Andrew is given to try and rehabilitate his image is a step closer to further damage and shame for the institution of the monarchy. It’s a disaster waiting to happen.’

The Duke of Cambridge came together with Prince Charles to put a halt to Andrew’s plan to return to public duty, royal expert Katie Nicholl recently claimed – in the father and son’s latest show of unity in recent months. 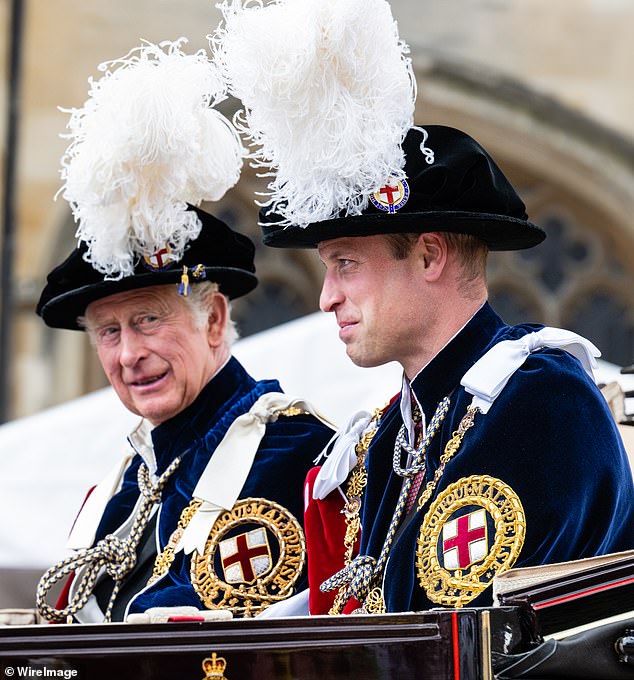 Prince William (right), 39, told the Queen and Prince of Wales that he would pull out of the Order of the Garter ceremony if his uncle the Duke of York was given a public role

Prince William, 39, told the Queen and Prince of Wales that he would pull out of the Order of the Garter ceremony if his uncle the Duke of York was given a public role.

And Katie revealed how Prince Charles was also ‘particularly resistant’ to his brother attending the event in case he ‘upstage Camilla’s big moment’ which she was ‘thrilled to receive.’

Writing in Vanity Fair, she explained how both Prince William and Prince Charles are ‘adamant’ Andrew does not return to public life and want to ‘ride the wave of goodwill’ created by the ‘success of the Jubilee’ without the Duke.