Although it seems hard to believe now, Prince Andrew was once a popular figure. Good looking, and with an appetite for the opposite sex that earned him the nickname Randy Andy, he cut a dashing figure when he served as a helicopter pilot during the Falklands war.

When he and Sarah Ferguson were first married, their informality seemed a refreshing change from the stuffiness associated with the Royal Family.

Over time, however, informality became boorishness, and as his marriage collapsed and his naval career wound to an end, he became a man with limited horizons whose interests rarely strayed beyond golf, videos and women.

In 2001 he was made a trade envoy to the government, a position he held for ten years until his friendship with the convicted paedophile Jeffrey Epstein was revealed and he was forced to step down.

However, when he first took on the role, even those who are privately critical of him say he put in a real effort.

Many of those who used to work for the prince remain surprisingly loyal to him.

‘It often felt it was us against the world,’ said one.

Although it seems hard to believe now, Prince Andrew was once a popular figure. Pictured: Andrew is greeted by the Queen as he returns from the Falklands War 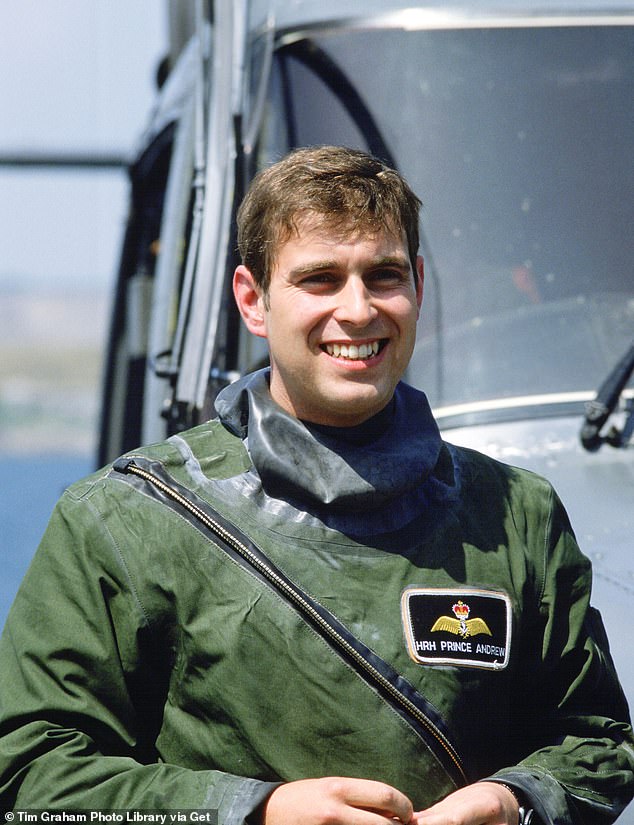 All the critical coverage — about his dubious friends, his penchant for private jets — ‘failed to understand the work he did, and the good that he did. It was very hard to change the idea that people had about him.’

There were letters from chief executives ‘from companies which were thanking him for helping unlock a deal which had been stuck in Qatar or Central Asia for years’.

He was, they say, a good team leader, who looked after his staff. But he could be gauche, and worse. Much worse.

While some ambassadors appreciated Andrew’s presence, others did not. Sir Ivor Roberts, a former ambassador to Rome, said the duke was sometimes ‘brusque to the point of rudeness’.

Simon Wilson, Britain’s former deputy head of mission in Bahrain, once delivered a scathing assessment of Andrew’s efforts as an official trade envoy. He was known, he said, as HBH — His Buffoon Highness — and would ignore advice, make inappropriate jokes and regularly refuse to keep to the agreed programme.

Inside Buckingham Palace, Andrew made little effort to be pleasant to members of the household. One member of staff said: ‘He was just dreadful — very happy to pick up the phone and shout at whoever answered it.’ 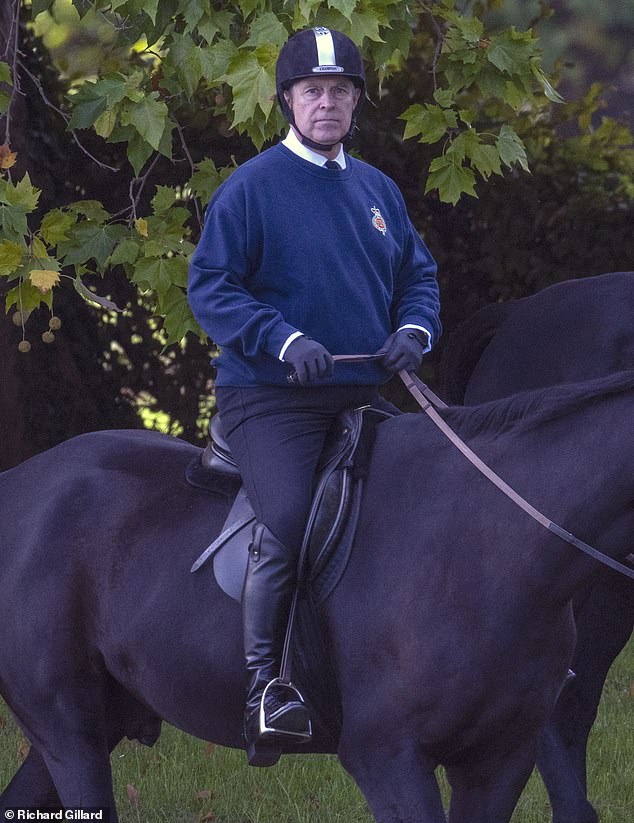 One senior courtier recalled: ‘He was not easy as an adviser to deal with. He was very arrogant indeed. That arrogance could have stemmed from a lack of self-confidence. He is not at all bright.

‘The fact he lashed out and was very rude to advisers like me was down to a total lack of self-confidence, and [an awareness] that he could always run to his mother and say: “They are all being nasty to me.”’

On one occasion, that is exactly what he did. Just before an engagement in Richmond Park that involved the Queen and the Duke of York, it started pouring with rain and aides realised no one had remembered to bring an umbrella for the Queen.

With half an hour to go before her arrival, her press secretary James Roscoe went outside and found a group of Army officers who were there to meet Her Majesty.

He went up to the most junior, a captain, and said: ‘I know this is ridiculous, but do you mind just trying to find an umbrella for the Queen, and ideally someone who can hold it and walk alongside her?’

At that point, Prince Andrew strode up to them, pointed his finger in Roscoe’s face and said: ‘Who the f*** are you to ask these men to find you a f***ing umbrella? You go and find your own f***ing umbrella.’

He strode off, and a somewhat shell-shocked Roscoe said to the officer: ‘Look, can you find me an umbrella?’ He did.

About a week later, Roscoe was talking to the Queen about something else and she said: ‘In Richmond, did you ask the Duke of York to fetch you an umbrella?’

Andrew, it seems, had reflected that swearing at his mother’s press secretary was not a good look, and decided to get in his version of events first, just in case Roscoe complained about his behaviour.

Roscoe told the Queen: ‘What do you think, Ma’am? Do you think I asked the Duke of York to fetch an umbrella?’ There the matter was laid to rest.

This was not the only time Andrew was stunningly rude. On one occasion, a senior courtier was asked by the prince’s aide Amanda Thirsk if they could help talk him out of a particular course of action he was trying to pursue.