Prince Andrew has been pictured today leaving Windsor Castle, the day after sources told the Daily Mail that he would never return to official duties and faces a future in the royal wilderness.

The Queen’s second son stepped back from official engagements a year ago in the wake of his disastrous BBC interview regarding the Jeffrey Epstein scandal.

But in recent weeks the eighth in line to the throne has waged a quiet PR salvo, suggesting he was preparing to return to the public eye and ‘serve his country again’.

Multiple sources said this week that this is highly unlikely, however, even if the Duke of York does finally speak to US officials over his links to convicted paedophile Epstein.

Prince Andrew, pictured above at Windsor Castle on November 14, will never return to official duties and faces a future in the royal wilderness, sources have told the Daily Mail

The Duke of York was seen out for a morning drive through Windsor Great Park on Saturday in his Range Rover, accompanied by a security detail in the car.

Wearing a mask, he was seen at the wheel of his large black vehicle as he made his way up The Long Walk to Windsor Castle, on the grounds where he also lives in the Royal Lodge, which has been leased to him since 2003.

There is still no word from him about how and when Andrew might talk to US officials, despite US prosecutors making clear it is a priority for them. 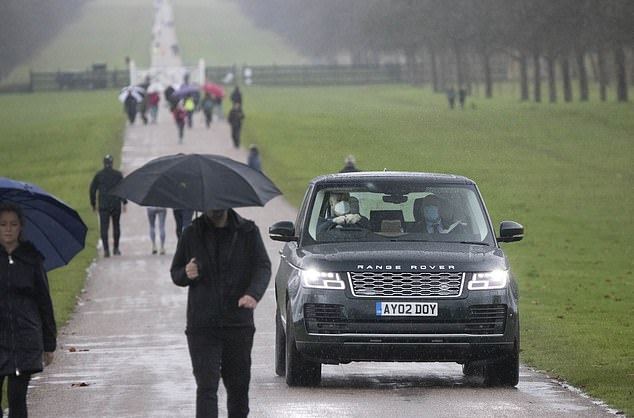 The Duke of York was seen driving through Windsor Great Park on Saturday in his Range Rover, accompanied by a security detail in the car. 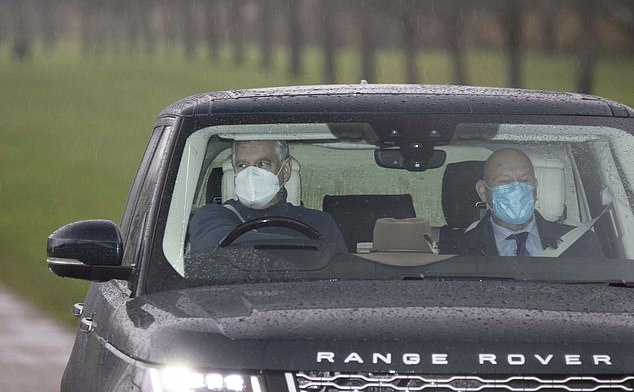 Wearing a mask, he was seen at the wheel of his large black vehicle as he made his way up The Long Walk to Windsor Castle

‘This is as much about judgment shown over the issue, as the allegations themselves,’ one well-placed source cautioned.

‘Even if the duke were to resolve matters satisfactorily over [Epstein], there is still an issue about [his] lack of understanding over the seriousness of the situation and not accepting that the relationship was wrong.’

They added: ‘I am not sure there will ever be an opportunity for him to return.’

For more than a decade Andrew, 60, has been dogged by claims about his close friendship with the multi-millionaire financier, who killed himself last year while awaiting trial on child sex trafficking charges.

The prince was particularly close to Epstein’s British girlfriend Ghislaine Maxwell, who was arrested and charged earlier this year in connection with his crimes.

The Queen’s son has been accused by one of Epstein’s victims, Virginia Giuffre, of having sex with her when she was just 17.

Prince Andrew is seen for the first time since not attending the traditional Remembrance Service at The Cenotaph as the Duke of York rides at Windsor Castle, November 9

The prince has vehemently denied her claims and says he cannot even recall meeting her, despite there being a picture of them together at Maxwell’s London home.

Last November Andrew gave his side of the story to Emily Maitlis on the BBC’s Newsnight programme.

But the no-holds-barred interview was an unmitigated disaster. The subsequent public fury, particularly over his lack of sympathy for Epstein’s victims, led the Queen to step in and force him to withdraw from public life ‘for the foreseeable future’. 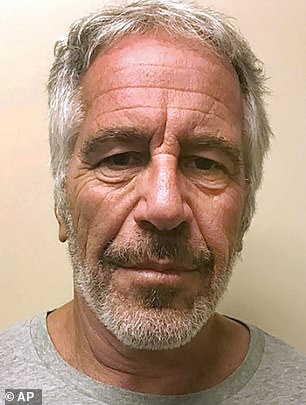 Last month it was reported that Andrew was ‘focusing on the way ahead’ and looking to ‘reframe’ his royal role, which could see him return to public duties as early as next year.

But royal insiders described these reports as ‘kite-flying’ – making a suggestion to see how others react to it.

One royal insider said: ‘The reality… is that there is no negotiation of a new role, and there never will be, as there could never be a version of representation that could work.’

Another said emphatically: ‘This just isn’t even on the agenda or being discussed in any way.’

A source close to Andrew did not deny he wanted to return to royal duties.

But they told the Mail last night: ‘The duke’s future role can only be seriously considered once the legal process in the US has been resolved and the duke’s side of the story properly explained.

‘Until then, the duke is sensitive to the public mood and to the fact that the institution [of the monarchy] must come first.’

The Duke and Duchess of Sussex have appointed two female high-flyers to head up their PR team.

Miss Holness has served as director of communications for New York City’s Department of Education. Harry and Meghan already have a head of communications in the UK, James Holt, who will answer to his new US counterparts, according to the magazine PR Week.

And it is understood they will continue to use the services of aggressive US celebrity PR firm, Sunshine Sachs.

Earlier this year the couple announced they would no longer acknowledge or co-operate with a significant number of UK media outlets who they felt were unfair and misreported their activities.