The Prevent team dealing with the Fishmongers’ Hall attacker had ‘no specific training’ in handling convicted terrorists, a court has heard.

Khan, who was armed with two knives and wore a fake suicide vest, was tackled by members of the public with a narwhal tusk, a decorative pike and fire extinguisher.

The attacker, who had been living alone in Stafford, was then shot dead by police on London Bridge.

At a pre-inquest hearing today, lawyer for Mr Merritt’s family Nick Armstrong, suggested there was already evidence of a ‘systemic problem’ as ‘all the Prevent officers from Staffordshire’ said they had ‘no specific training in handling terrorist offenders’.

He told the court that the monitoring of Khan had been ‘handed over by West Midlands Counter Terrorism Unit to the Staffordshire unit for reasons that remain to be explored and all of them are saying they have no specific training.’

Henry Pitchers QC, for Ms Jones’s family, pointed out that Khan had been assessed as the ‘highest level of risk’ and had 22 licence conditions on his release. 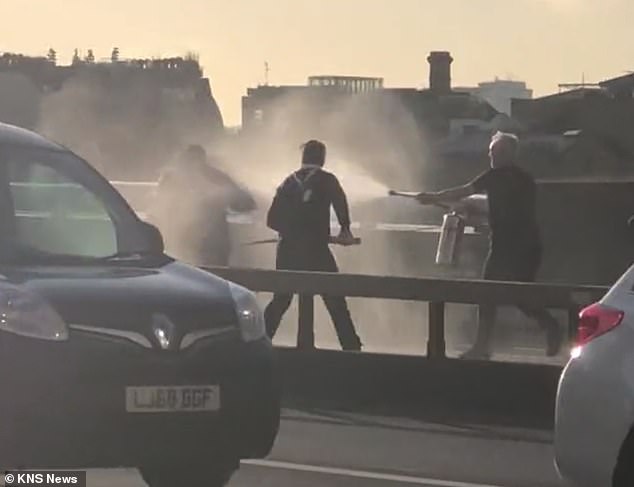 A bystander of the terror attack is seen attempting to fight off Usman Khan with a narwhal tusk on London Bridge, Khan was later shot dead by police on the bridge

Mr Pitchers told the court: ‘We know he was a convicted terrorist, he had been out of prison for less than a year when this attack occurred.

‘We know and it won’t be disputed that he was subject to supervision and was also supervised by the probation services and relatively frequent contact they had with him.

‘As I understand it he was screened prior to release by police, released and assessed as being at the highest level of risk.

‘Looking at the evidence we’ve seen, his last unannounced visit from police officers was… Around two weeks before the attack.

‘They arrived at midday, found the flat to be dark, you see Mr Khan wasn’t happy about them taking pictures of his X-box games and he asked to speak to a solicitor. He asked them to leave which they did.’

Mr Pitchers questioned whether the Prevent team or probation ‘should have had an inkling’ of the immediate danger Khan posed – he was convicted of being part of an al-Qaeda-inspired cell which plotted to blow up the London Stock Exchange and kill Boris Johnson in 2012. 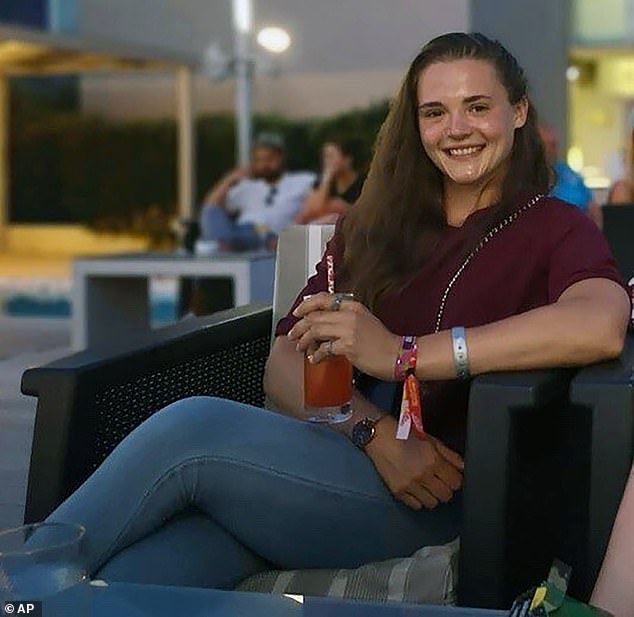 The lawyer continued: ‘We know he lived alone, wasn’t working and no mentoring was being provided, the mentoring having ceased in August 2019.

‘This was hardly a reassuring profile. His attendance to this event was expressly authorised. It wasn’t somehow slipping between the terms of his conditions – he was given express permission to attend.’

Addressing the possibility that PREVENT – the government counter-terrorism programme aimed at deradicalisation – had failed, Jonathan Hough QC, counsel to the inquest, added in written submissions: ‘It is said to be arguable that the management of Khan after his release from prison failed to involve reasonable action to prevent such an attack and that he should have been escorted to the event or the risk he posed better monitored in advance.

‘Systems and procedures existed for monitoring him, and it will be for further investigation whether any potential defects in the systems can be identified.

‘It is said to be arguable that the Staffordshire Police PREVENT team responsible for managing Khan under Part 4 of the Counter Terrorism Act 2008 failed in substantive duties because their statements raise potential criticism’s of the force’s procedures.’ 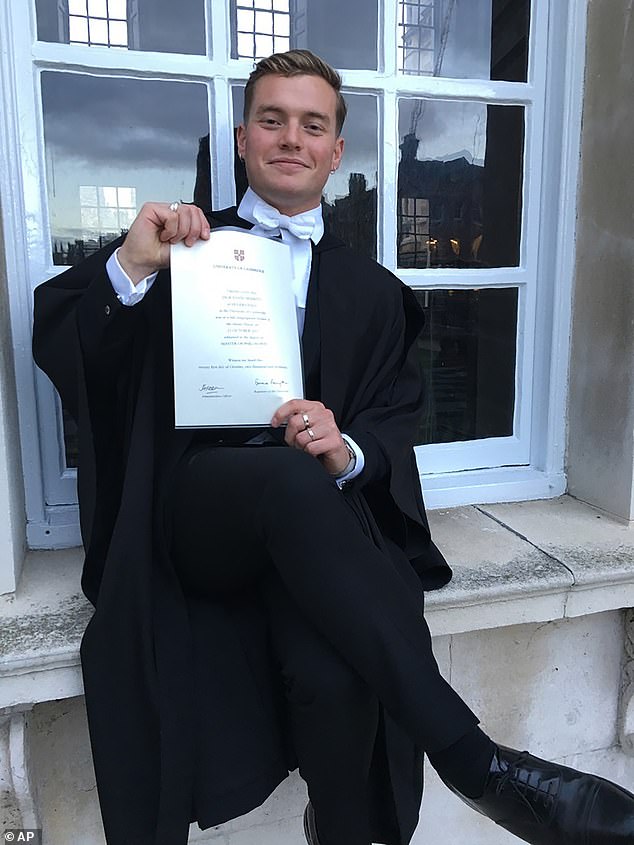 Jack Merritt, 25, who died following the terror attack during a prisoner rehabilitation event near London Bridge on November 29 last year

Mr Pitchers, for Ms Jones’s family, went on to question security around the Learning Together event at Fishmongers’ Hall.

‘We know from the evidence his attendance to this event was expressly authorised. It was not slipping between the conditions.’

He said those who gave permission did nothing to notify Scotland Yard, City of London Police, the Fishmongers’ Company or the organisers of the Learning Together event.

Mr Pitchers added: ‘There was no security check on the door, not even a rudimentary bag check.’

A full inquest, due to start at the Old Bailey on April 12 next year, will examine how the tragedy happened and if it could have been stopped, a further pre-hearing will likely take place in January.

During the hearing, the victims’ family lawyers also resisted any attempt for their inquests to be heard together with Khan’s.

Relatives of Ms Jones have argued they would find it ‘unhelpful and distressing’ to sit through details of Khan’s shooting and have sought to have them heard in another inquest.

‘The inquests of the victims will address different issues from those raised by the inquest of the attacker. In broadest terms the former will focus on how the attack in the Hall happened and whether opportunities were missed to prevent it or take better protective measures.

‘The latter will focus upon how Usman Khan came to be shot and killed.’

The separate inquests will be heard consecutively and are expected to span an overall period of six to seven weeks.

Officers and forces who had contact with Khan before the fatal attack will be spared criminal investigation, the police watchdog said.

The Independent Office for Police Conduct has probing the conduct of Staffordshire Police’s PREVENT team since it was sent a referral last December.

They are also investigating the officers who attended his shooting – as is standard practice after such incidents.