Sue Allington, 60, from Tunbridge Wells, had worked for almost two decades at the £24,000-a-year establishment but was fired when the new head teacher after complaints from snooty parents

A veteran teacher at a top prep school has won more than £140,000 in an age discrimination case after she was sacked following complaints by pushy parents that she wasn’t qualified despite being ‘the best person for the job’.

Sue Allington, 60, from Tunbridge Wells, had worked for almost two decades at the £24,000-a-year establishment but was fired when the new head teacher became concerned about the ‘fierce competition’ it faced from other schools.

A tribunal heard Rose Hill School – which sends its 13-year-old leavers to some of the UK’s best private schools – was struggling to retain and attract new pupils due to a ‘difficult economic climate’.

Head teacher Emma Neville was under pressure to improve the situation in the face of ‘ever-increasing levels of parental expectation’, the hearing was told.

But Mrs Allington sued for unfair dismissal and age discrimination and today it was revealed the tribunal judge ruled in her favour and awarded her £141,334.

The 60-year-old taught Year Two pupils twice a week at the school in Kent, and, although she only had A levels rather than a degree, the tribunal was told she was considered an ‘excellent teacher’ and ‘the best person for the job’.

But when three parents voiced concerns about her lack of formal training, Ms Neville decided it was ‘essential’ all teachers at the school have Level 6 NVQ qualifications or their equivalent.

Ms Neville told Mrs Allington she had to study an undergraduate course to become qualified or face a demotion to teaching assistant, the tribunal heard. 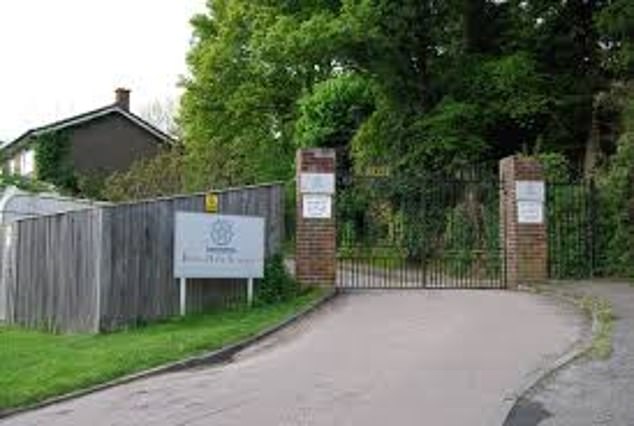 Ruling that Ms Neville suffered age discrimination, an employment judge said she could not be expected to take on an undergraduate course at her age because she planned to retire at 65.

The London South employment tribunal was told that Mrs Allington started work at Rose Hill in 2002 as a games teacher. In 2012 she started teaching academic subjects including Maths to Year 2 classes.

However, in 2018 several parents, named only as ‘Mrs P’ and ‘Mr and Mrs M’ raised concerns about her lack of qualifications.

The tribunal heard that despite their worries, the parents would go on to have no issues with her teaching and even send Ms Allington ‘thank you’ notes.

But Ms Neville took drastic action as a result and in June of that year demanded that she retrain.

A tribunal report said: “As a result of these conversations, Ms Neville formed the view that it was essential that, going forward, in order to improve pupil retention and admission rates, the [school’s] strategy would be that all of its teaching staff.. must be qualified teachers.”

It added: “At the time of [Ms Neville’s] appointment, [the school] was operating in a difficult economic climate and was struggling to attract

“A large part of her remit as the new head teacher was to explore new ways in which the [school] could improve its pupil admission and retention rates.

“There are a number of other independent prep schools nearby…and, in light of this, the competition for pupils is fierce.

“In addition, there is competition with the state grammar system in Kent for students over the age of 11 years.”

Ms Allington resisted Ms Neville’s insistence she study to become qualified or face demotion and was sacked in August 2019.

The school claimed that her sacking was justified because it had to ‘maintain its competitive edge to meet ever-increasing levels of parental expectation’.

It added that the government had directed that teachers should be properly qualified.

However, Judge Ian Truscott QC ruled ‘there was no need for Ms Allington to be dismissed’.

He said: “Ms Allington was put at a disadvantage compared to others [because] she would not enjoy the benefit of the new qualification until close to retirement if not after.

“It seemed obvious that people between 60-65 are less likely to enrol in undergraduate courses compared to younger age groups.”

He added: “There is no obligation on the school for teachers to have qualified teacher status or equivalent.

“The school did not show that it had undertaken even the basic research to conclude that having all qualified teachers would maintain a competitive edge or that it would meet ever-increasing parental expectation.

“The school did not show any parents left the school due to unqualified teachers, or that pupils left in Year 2 as a result of Ms Allington being an

“Ms Neville accepted that despite terminating Ms Allington’s employment in order to further this objective, the school does not market the fact

that they only have qualified teachers teaching.”