Ms N.L. writes: Visiting Kilve Beach in Somerset, we found the car park run by Premier Park Limited was monitored by number plate cameras. We tried to pay but neither of the two machines would accept coins.

A sign said payment could be made by phone but this is rural Somerset, and we could get no signal. Not everyone can pay by phone anyway. We were concerned about not paying, so we left.

Two weeks later we received a £60 penalty notice. We found we are not the only victims of Premier Park, whose tactics are disgraceful. I won’t visit this area again.

Idyll: But drivers are furious at Kilve Beach’s parking issue

Tony Hetherington replies: Anyone thinking of visiting Kilve Beach would do well to look at online complaints to avoid being caught out.

One driver summed it up: ‘Went to parking area to find no machine, drove back to machine, paid for ticket, then drove back to the car park with my ticket – a few days later, fined for no ticket.’

Another wrote: ‘This ruined our day out – will tell everyone we know not to bother returning.’

This is because when you first arrive, there is a small car park with machines and cameras, but the car park leads on to a lane down to a second parking area at the beach.

This is where drivers find they have to return to the first car park to pay or to leave. And the time taken up by all this can mean that you are treated by the cameras as having arrived, parked, failed to pay and then left.

Kilve Parish Council has described a ‘horrendous groundswell of ill feeling’ this has caused. Councillor Bruce Eyley told me: ‘It is 285 metres from the parking area closest to the beach, to the ticket machines.’ He wants the cameras and machines relocated, with payment facilities at both parking areas.

The car park fees are supposed to finance rubbish collections, site maintenance and public toilets. But Councillor Eyley described the toilets as ‘really awful – one would have to be desperate to use them’.

The parking areas belong to the East Quantoxhead Estate, behind which is the local landowning Luttrell family. I invited Hugh Luttrell to comment on the way the car park is run by his agent, Premier Park, but he stayed silent.

Premier Park also refused to comment on the record, but did claim that other drivers did pay on the day you were at Kilve Beach.

The company explained that the location for the machines and cameras was chosen by their client, and the only power supply is at the first entry point, with no supply at the beach parking area.

Motorists have ten minutes to arrive, read the signs and prices, drive down the lane to the beach, discover there are no machines there, decide to leave, drive back up the narrow lane, and exit past the cameras.

Linger longer and you get a penalty demand. There are no signs at the entrance which warn of the lack of machines down the lane.

Kilve Beach is a prime example of what the Government described as the inherent unfairness of private firms using misleading and confusing signage along with unreasonable fees designed to extort money from motorists.

These were the Government’s own words last February when the Department for Levelling Up, Housing and Communities launched its Private Parking Code of Practice.

Just four months later, it suspended the whole scheme ‘temporarily’. A few days ago, I asked the department to tell me the state of play. What’s going on? How long is a temporary suspension supposed to last? It failed to answer or to offer any comment whatsoever.

E.J. writes: I am a member of the National Association of Retired Police Officers, through which I have been paying premiums for travel policies with Axa for more than 20 years.

The main reason for renewing cover every year has been Axa’s promise that its cover would continue, whatever age I reached.

However, Axa reneged on its promise and would not renew the policy after June 30 this year. 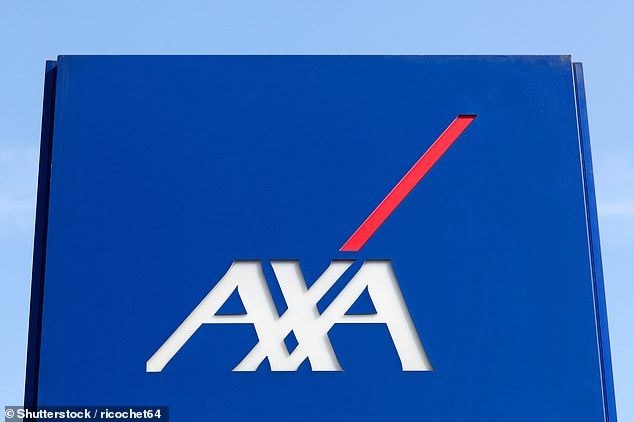 Change of heart: Axa reneged on its promise and would not renew E.J.’s policy after June 30 this year

Tony Hetherington replies: You have told me that you are 88, and your wife is 80, and you cannot travel any longer because of the cost of insurance. Your Axa policy cost about £800 a year, but you are now receiving quotes of up to £10,500 a year.

The wording of the Axa policy is interesting. It says: ‘You can join the travel policy up to your 85th birthday and can remain on the travel policy as long as you continue to pay your premium and there is no break in cover.’ But it does not say that Axa has to provide a policy for you join.

In effect, Axa induced you to pay premiums for more than 20 years by implying that the policy would still be there, but it was never legally obliged to keep the policy on the market.

A spokeswoman told me that she understood how disappointed you feel, but she added that the policy was ‘a one-year travel plan’, with no obligation for you or Axa to continue it indefinitely. As a consolation prize, Axa has sent you £100 in Marks & Spencer shopping vouchers.