Incidents involving the use of video technology in West Ham’s 2-1 loss at Chelsea, and the goalless draw between the Magpies and Crystal Palace will be looked at.

VAR was also integral to the results of several other matches on Saturday, but the Premier League and the Professional Game Match Officials Limited – PGMOL – are only looking into the overturned goals at Stamford Bridge and St James’ Park.

Some of the criticism stems from the use of VAR to overrule debatable calls that had already been made – as seen in the two incidents which will be assessed.

West Ham’s new signing Maxwel Cornet thought he had struck a late, late equaliser at Stamford Bridge. But on review by referee Andy Madley, the goal was outlawed because of a challenge by Jarrod Bowen on Chelsea goalkeeper Edouard Mendy in the build-up.

Newcastle were awarded a goal after a cross was bundled over his own line by defender Tyrick Mitchell. However, VAR official Lee Mason got the call overturned because Magpies midfielder Joe Willock collided with Crystal Palace goalkeeper Vicente Guaita, in an incident believed to have been missed by Michael Salisbury, the on-field referee.

It is not immediately clear what the implications of this urgent review will be, and whether this will change the use of VAR in future top-flight fixtures in England. 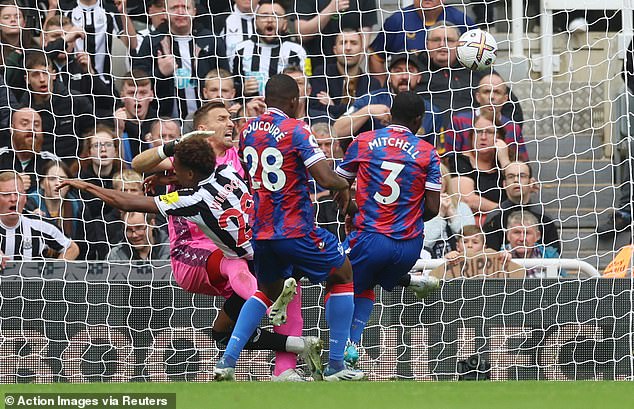 Newcastle thought they took the lead with Tyrick Mitchell’s own-goal, but it was chalked off

Referee Michael Oliver chose to stick with his initial call in Nottingham Forest’s match against Bournemouth, giving the hosts a penalty at the City Ground, despite being asked to review the incident on the pitchside monitor.

Meanwhile, Everton manager Frank Lampard felt that VAR should have intervened to turn Virgil van Dijk’s yellow card for a dangerous tackle on Amadou Onana upgraded to a red in the second half of the Merseyside derby.

Meanwhile, Tottenham had two goals ruled out for offside during their London derby against Fulham, and Leeds boss Jesse Marsch was sent off after taking umbrage with two penalty decisions that went against him as they lost 5-2 at Brentford. 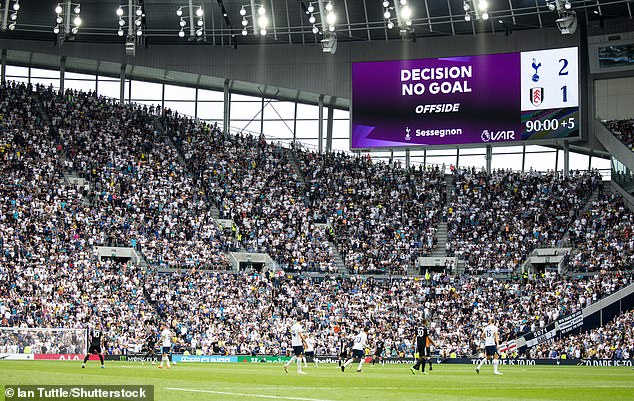