Prehistoric humans first cooked with fire at least 780,000 years ago, a new discovery has revealed.

The ability to cook food was a pivotal step in our evolution, it is thought, and allowed our ancestors to spend less time chewing and digesting hard, raw food.

This freed up energy to enable larger brain growth – allowing us to become the intelligent species we are today. 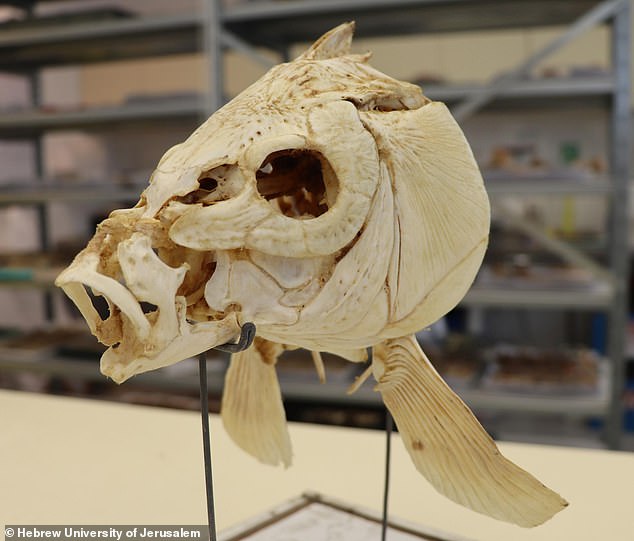 Until now the earliest evidence of controlling a fire to cook food dated to approximately 170,000 years ago. But a new discovery, involving the teeth of an enormous two metre (6.5ft)-long carp, pushes this date back 610,000 years

Our early ancestors enjoyed a ROAST

Our Stone Age ancestors were cooking carbohydrate-rich plants around 170,000 years ago.

Experts found the charred starchy plants during a dig in the Border Cave that lies on the western scarp of the Lebombo Mountains.

This rock shelter, which lies close to the border with Swaziland, is of archaeological interest thanks to its record of early human occupation which spans 200,000 years.

The roasted plants are believed to be the remains of thick underground plant stems properly known as rhizomes.

According to the researchers, the specimens are the earliest direct evidence of early humans cooking up any carbohydrate-packed plant.

Until now the earliest evidence of controlling a fire to cook food dated to approximately 170,000 years ago.

But a new discovery, involving the teeth of an enormous two metre (6.5ft)-long carp, pushes this date back 610,000 years.

A team of Israeli researchers analysed the remains of a large fish found at Gesher Benot Ya’aqov, an archaeological site in the north of the country.

By looking closely at the teeth, they were able to work out that the fish had been exposed to low temperatures suitable for cooking and had not simply been burned by a spontaneous fire.

One of the researchers, Dr Jens Najorka from the Natural History Museum in London, said: ‘In this study, we used geochemical methods to identify changes in the size of the tooth enamel crystals, as a result of exposure to different cooking temperatures.

‘When they are burnt by fire, it is easy to identify the dramatic change in the size of the enamel crystals, but it is more difficult to identify the changes caused by cooking at temperatures between 200 and 500 degrees Celsius.

‘The experiments I conducted…allowed us to identify the changes caused by cooking at low temperatures.

‘We do not know exactly how the fish were cooked but given the lack of evidence of exposure to high temperatures, it is clear that they were not cooked directly in fire, and were not thrown into a fire as waste or as material for burning.’ 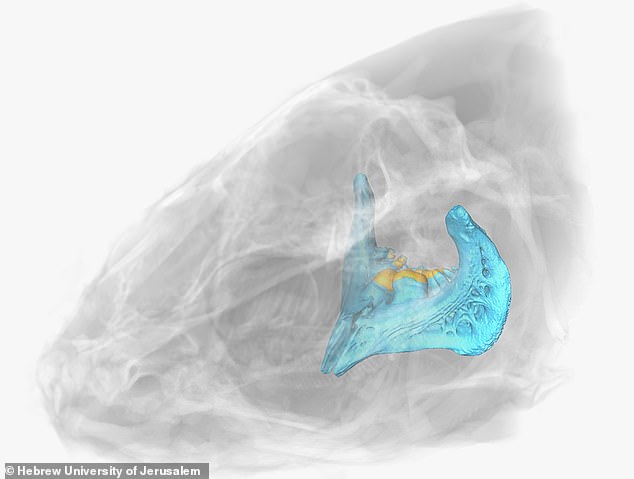 By looking closely at the teeth, they were able to work out that the fish had been exposed to low temperatures suitable for cooking and had not simply been burned by a spontaneous fire

Professor Naama Goren-Inbar, from the Hebrew University of Jerusalem, added: ‘Gaining the skill required to cook food marks a significant evolutionary advance, as it provided an additional means for making optimal use of available food resources.

‘It is even possible that cooking was not limited to fish, but also included various types of animals and plants.’

The findings were published in the journal Nature Ecology and Evolution.

Britain began the move from ‘hunter-gatherer’ to farming and settlements about 7,000 years ago as part of the ‘Neolithic Revolution’

The Neolithic Revolution was the world’s first verifiable revolution in agriculture.

The period saw the widespread transition of many disparate human cultures from nomadic hunting and gathering practices to ones of farming and building small settlements.

Stonehenge, the most famous prehistoric structure in Europe, possibly the world, was built by Neolithic people, and later added to during the early Bronze Age

The revolution was responsible for turning small groups of travellers into settled communities who built villages and towns.

Some cultures used irrigation and made forest clearings to better their farming techniques.

Others stored food for times of hunger, and farming eventually created different roles and divisions of labour in societies as well as trading economies.

In the UK, the period was triggered by a huge migration or folk-movement from across the Channel.

The Neolithic Revolution saw humans in Britain move from groups of nomadic hunter-gatherers to settled communities. Some of the earliest monuments in Britain are Neolithic structures, including Silbury Hill in Wiltshire (pictured)

Today, prehistoric monuments in the UK span from the time of the Neolithic farmers to the invasion of the Romans in AD 43.

Many of them are looked after by English Heritage and range from standing stones to massive stone circles, and from burial mounds to hillforts.

Stonehenge, the most famous prehistoric structure in Europe, possibly the world, was built by Neolithic people, and later finished during the Bronze Age.

Neolithic structures were typically used for ceremonies, religious feasts and as centres for trade and social gatherings.