Taylor Moss’s campaign has won the backing of Cherilyn Mackrory, the Conservative MP who co-chairs the baby loss All Party Parliamentary Group. Ms Moss is pictured above

Pregnant women who lose their babies must be given two weeks’ paid bereavement leave, an MP and other campaigners insist.

At the moment only women who lose their baby after 24 weeks are entitled to statutory leave.

A woman whose first child was stillborn at 23 weeks has started a petition to change the law after she was ‘entitled to nothing – no paid leave, no rights’.

Taylor Moss’s campaign has won the backing of Cherilyn Mackrory, the Conservative MP who co-chairs the baby loss All Party Parliamentary Group.

Mackrory said: ‘Losing a baby that you deliver is as traumatic at 20 weeks or 23 weeks as it is later in the pregnancy.

‘It’s really important that women don’t have to think about their pay whilst they deal with that shock.’

Ms Moss, 30, said she was ‘lucky’ her employer was understanding and gave her some time off, but last week started a petition to change the law, so parents do not have to rely on the approach of individual bosses. She went back to work two days after her daughter’s funeral.

‘There need to be extra rights and protections,’ she said.

Last year Ms Moss, who works in finance, gave birth to a baby girl, Tyger-Rose, prematurely. She said her daughter ‘was in the same situation where her waters broke at 17 weeks but she survived with just a one per cent chance of survival’.

She said going into labour prematurely a second time ‘brought back how wrong’ was the lack of provision for bereaved parents. Her petition calls for statutory parental bereavement leave to be extended to those who have lost a baby prior to 24 weeks. 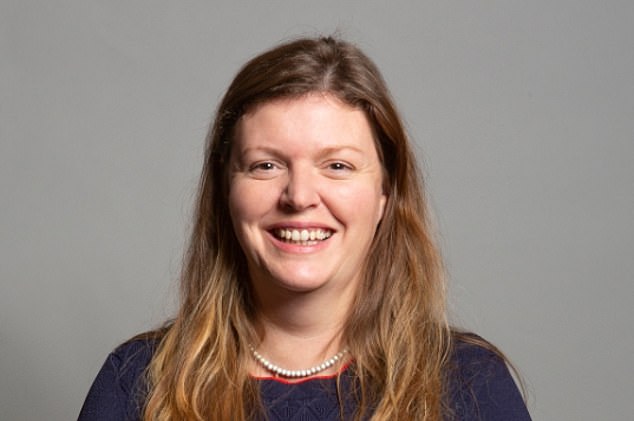 Ms Mackrory spoke movingly of her own ‘traumatic’ experience losing her baby daughter Lily at almost 21 weeks. The MP, who has a six-year-old daughter, told The Mail on Sunday the birth was ‘a harder birth than my first birth, even though she was much tinier’

‘Now we are entitled to nothing,’ Ms Moss said.

The petition says: ‘Currently, if you lose a baby after 24 weeks you are as a minimum to statutory maternity leave.

‘As the same rights aren’t afforded before 24 weeks, two weeks full pay should be provided as an absolute minimum to parents who have suffered the death of a baby at any stage of pregnancy.’

The MP, who has a six-year-old daughter, told The Mail on Sunday the birth was ‘a harder birth than my first birth, even though she was much tinier’.

Ms Mackrory, who lost the baby before she became an MP, was allowed by her then employer to take sick leave and had to go to the doctor to extend the leave ‘every fortnight’.

‘There wasn’t anything mandated to say ‘We understand what you’ve been through’, to take the pressure off.’

She said changing the law would ensure all employers understand what parents are going through, adding: ‘Unless you go through it you don’t recognise how seriously it hits you.’

A Government source said the 24-week cut-off point was down to existing legal definitions, and that any proposed changes would be legally complicated and could also have implications for abortion law.

It is understood that Labour MP Sharon Hodgson, who also sits on the baby loss All Party Parliamentary Group, plans to suggest the group discuss the issue.

Joeli Brearley, founder of campaign group Pregnant Then Screwed, said: ‘It is absolutely vital women should be given paid time off if they go through this.’

Responding to the petition, a spokesman for the Fatherhood Institute said: ‘Fathers, like mothers, are profoundly affected by the loss of babies through miscarriage or stillbirth at any stage in a pregnancy. Fathers do not experience the physical impacts of baby loss, but they are key supporters of women going through the physical and emotional experience of loss.’