Retired tennis great Ash Barty has debuted her baby bump while on a walk with her dogs just days after she delighted sports fans everywhere with the news that she is expecting her first child with husband Garry Kissick.

The 26-year-old grand slam champion was seen walking her border collie Origi and two of her other pets near her Brisbane home on Thursday, sporting a blossoming belly after her big announcement last week.

Origi was front and centre of the post that broke the news, posed next to a pair of baby shoes accompanied by Barty’s caption: ‘2023 set to be the best year yet. We are so excited for our new adventure. Origi already the protective big sister.’ 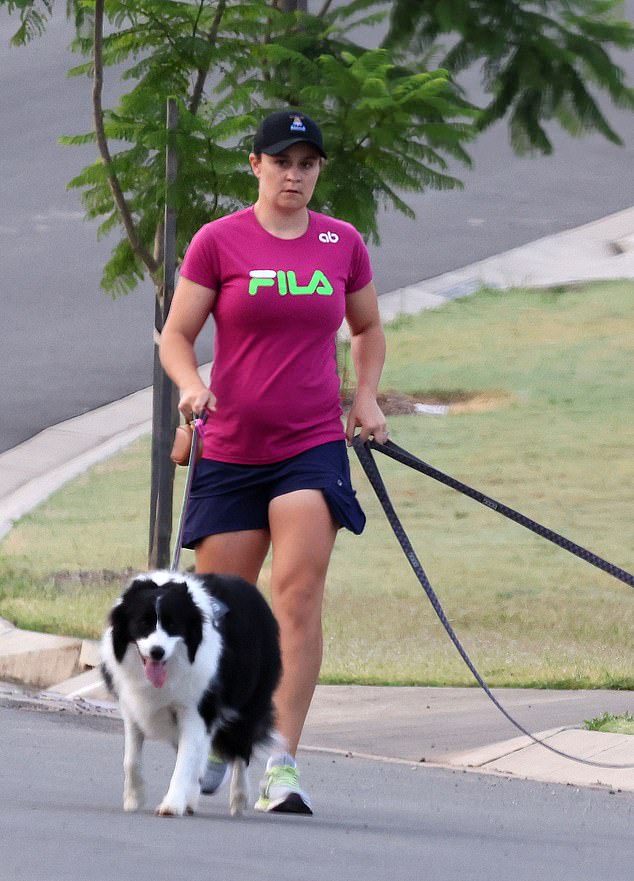 The Wimbledon, French and Australian Open champion took Origi for some exercise after the border collie appeared in the social media post that announced her pregnancy news

There was speculation that Barty made her shocking decision to quit tennis last March because she had a baby on the way, but that proved wide of the mark by several months.

The baby news was greeted with joy by her friends from the sports world, including runner Nedd Brockmann and tennis stars Johanna Konta and Priscilla Hon.

The Wimbledon, French Open and Australian Open champion met Kissick at Brooklands Golf Club in Queensland in 2016 during a round on the links, and they have been together ever since.

The couple announced their engagement in November 2021 and were married in a secret, intimate ceremony attended only by their closest loved ones in July last year. 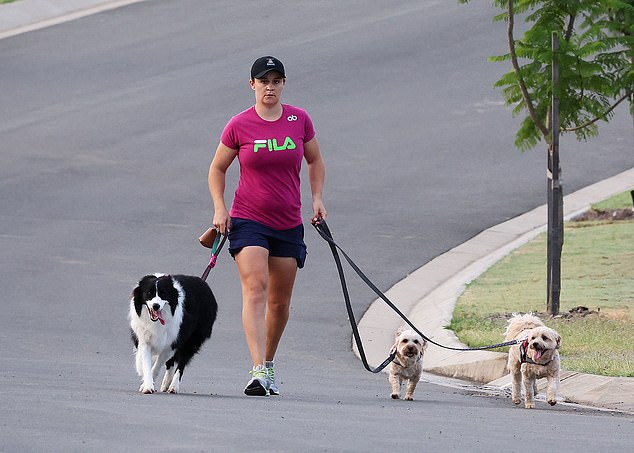 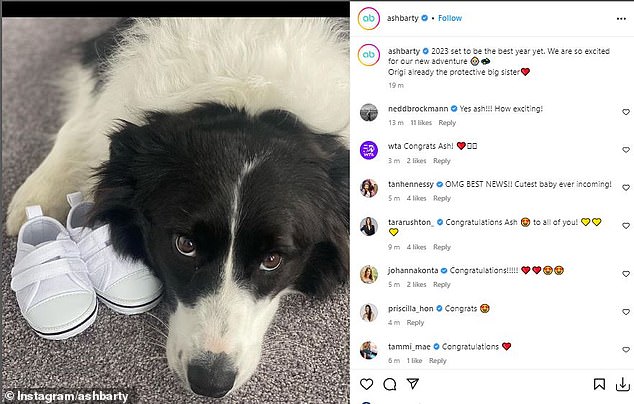 Mr Kissick works at the golf club, with Barty also a talent in the sport.

Barty, despite being one of the best tennis players in the world, offers little insight into her world away from the sport – which she retired from last year at the age of 26.

Known for being notoriously private about her personal life and relationship, she opened up about Kissick in an interview with Vogue.

‘He’s extremely patient with me, and when we met he didn’t know a lot about tennis,’ she said.

‘He’s kind of been thrown in the very deep end in understanding what the tour is like and how much we’re apart … [But] he’s the best person to have around in the sense of switching off from tennis and being able to bring the fun and laughter. 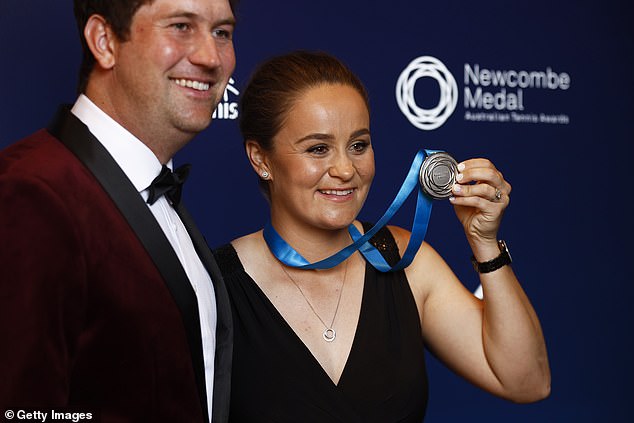 ‘I certainly wouldn’t want to share this journey with anyone else.’

Mr Kissick had been by Barty’s side throughout her tennis career, and was one of the first people she embraced after winning Wimbledon in 2021.

She has spoken out about her love of adopting dogs, with she and Kissick dubbing their pets ‘the wolfpack’.

‘Our house is run by dogs,’ she told Sports Illustrated in 2021.

‘Garry got Origi, a border collie, last year. She’s beautiful. Maxi and Rudy live right around the corner with my mum and dad. Coming home and cuddling my dogs on the couch is one of the most enjoyable things for me.

‘The RSPCA Queensland shelter isn’t far from my home, and when I first visited there I knew I wanted to help. Seeing anyone mistreat animals is something I find very hard to bear.’