A pregnant woman has been arrested in her own home over a Facebook post allegedly inciting anti-lockdown protest in Victoria.

Zoe Lee, 28, was handcuffed in her lounge room in front of her children on Wednesday afternoon and charged with incitement.

Several officers entered the house in Ballarat, northwest of Melbourne, with a search warrant and began reading the young mother her rights.

‘Excuse me, incitement for what, what on Earth? I’m in my pyjamas, my two kids are here,’ she said in obvious confusion.

‘I have an ultrasound in an hour because I’m pregnant.’

Zoe Lee, 28, was handcuffed in her lounge room in front of her children on Wednesday afternoon and charged with incitement

Ms Lee’s alleged offending post linked to a since-deleted ‘Freedom Day Ballarat’ event she created for 11am on Saturday on Sturt Street.

‘Anyone from Ballarat please join us in our fight for freedom and human rights!’ she wrote on Sunday with a link to the event page.

The increasingly hysterical mother insisted she wasn’t breaking any laws by creating and then promoting the event.

‘Actually you are, that’s why we’re arresting you in relation to incitement,’ police replied. 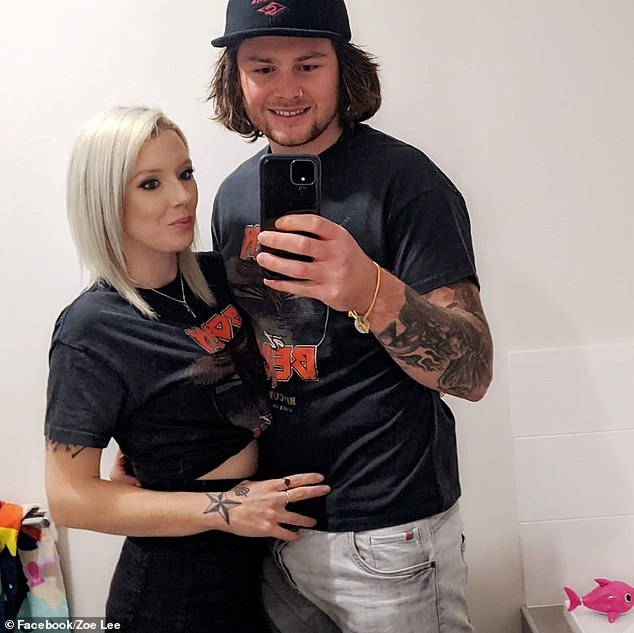 Mother-of-two Ms Lee with her boyfriend James Timmins, who filmed her being arrested

Ms Lee offered to delete the post as her boyfriend James Timmins tried to mediate while cradling their infant child in his arms.

‘How about she just doesn’t do the event? It’s not like she’s done it, she made a post,’ he said.

Police were unmoved, telling her: ‘You’ve already committed the offence.’

Ms Lee was by this point crying so much she could barely protest ‘I didn’t realise I was doing anything wrong’.

Police said they would seize all electronic devices in the house including those belonging to Mr Timmins and Ms Lee’s sister. 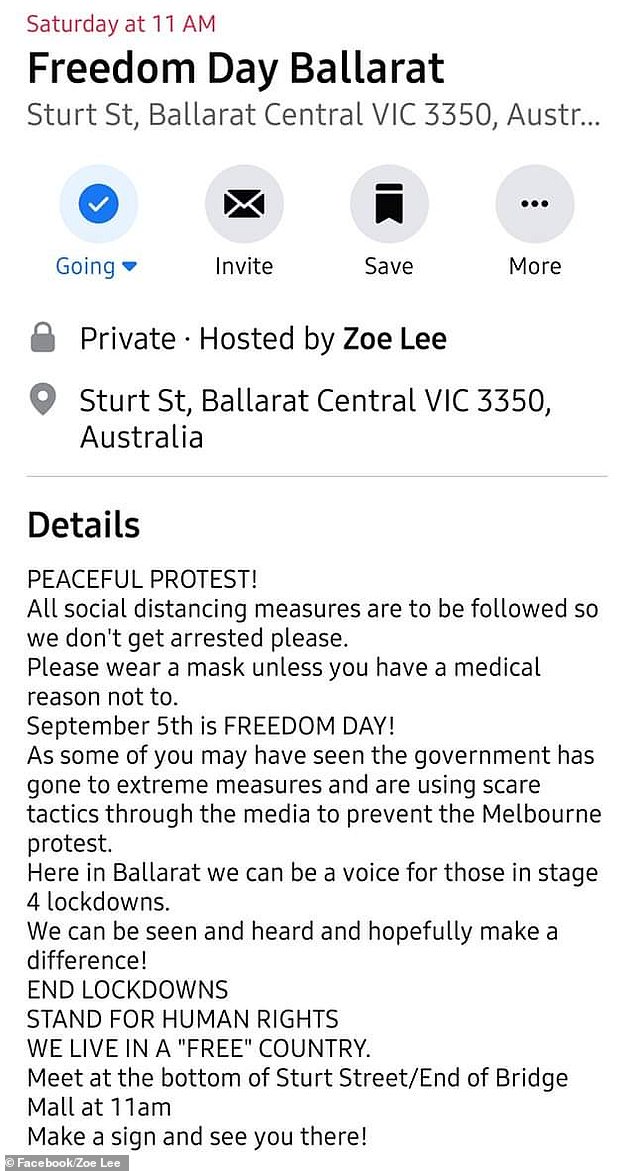