Ash Barty has delighted tennis fans and children with a return to Melbourne Park to launch First Nations Day at the Australian Open.

A year after breaking the country’s near-half-century Australian Open singles title drought, Barty was back – not on Rod Laver Arena but the neighbouring Margaret Court Arena, hitting with the First Nations ball-kid squad.

With no top-100-ranked locals in the 2023 Open singles draws, officials would have loved to have had Barty defending her crown.

Alas, the retired champion is blissfully pregnant and awaiting the birth of her first child this year with golfer-husband Garry Kissick.

The 26-year-old former world No.1 was chuffed to be back at the scene of her momentous final triumph over American Danielle Collins 12 months ago. 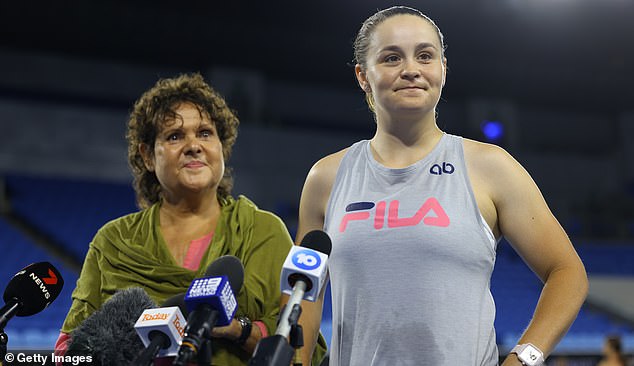 Barty, 26, was joined by her idol Evonne Goolagong Cawley (pictured left) to launch the event

Barty was joined by her idol and mentor Evonne Goolagong Cawley to launch First Nations Day at Melbourne Park, a celebration of Indigenous art, culture and sport.

‘It’s so nice to be back here again,’ said Barty, a proud Ngarigo woman.

‘To see plenty of good kids coming out, kids from all over the country.

‘A day like today brings people together and I am happy to be here back on court hitting with yellow fluffy balls. It is few and far between these days.’ 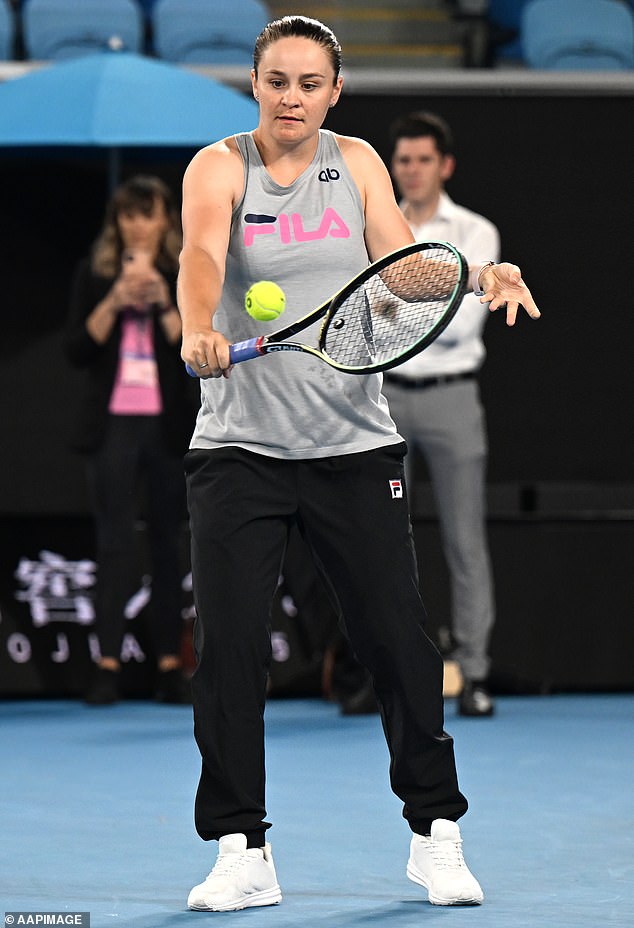 Barty, a proud Ngarigo woman, said it was ‘good to be back’ – she is also pregnant with her first child 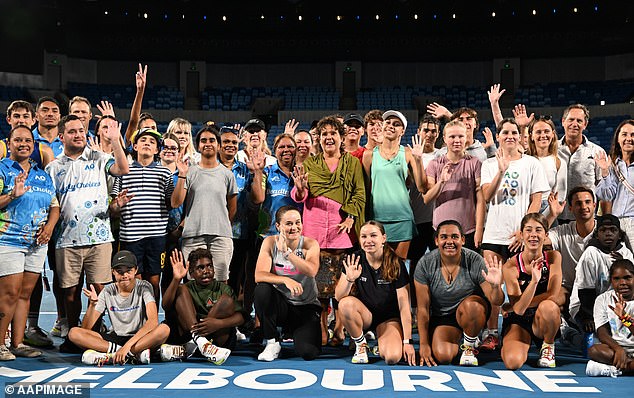 First Nations Day at Melbourne Park was a celebration of Indigenous art, culture and sport

Now mentoring Gold Coast prodigy Olivia Gadecki, Barty will no doubt be a keen observer when the 20-year-old wildcard plays Ukraine’s Marta Kostyuk in the Open’s second round later on Wednesday.

That match on Kia Arena is scheduled to start at 2.05pm.