2020 has been a year like no other and that goes double for all things political.

While most people will be happy to close the door on the past 12 months, the team at CBC News Network’s Power & Politics took a look back at the top five political stories from this year, because, as they say, “hindsight is 2020.”

You can catch the full show Tuesday at 6 p.m. ET on CBC News Network.

The race to replace Andrew Scheer as leader of the Conservative party takes the number five spot.

The contest started with much speculation over who would compete for the top Tory job — and included names like Rona Ambrose, Pierre Poilievre and Jean Charest.

But after the pandemic forced the party to suspend the race and delay the vote, Conservatives had four candidates to chose from in August: Erin O’Toole, Peter MacKay, Leslyn Lewis and Derek Sloan.

In a fitting end to the a 2020 leadership contest, O’Toole won after a six-hour delay due to glitches with the ballots, beating out MacKay in the final round of the run-off style vote. 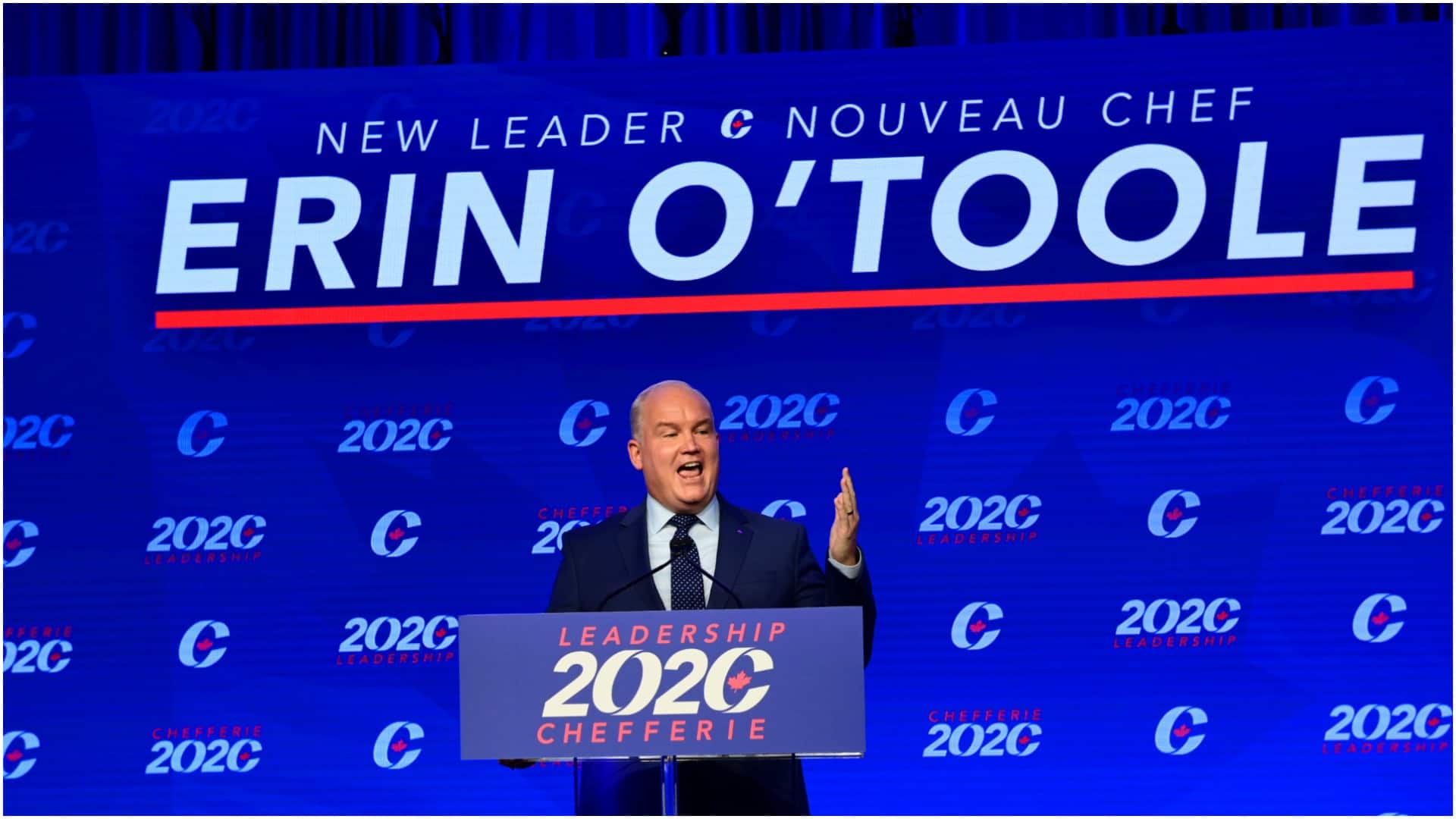 The team at Power & Politics breaks down the top five political stories of 2020. 7:10

In his victory speech, O’Toole pledged to widen the Conservative base.

“I believe that whether you are Black, white, brown or from any race or creed, whether you are LGBT or straight, whether you are an Indigenous Canadian or have joined the Canadian family three weeks ago or three generations ago … whether you’re doing well or barely getting by. Whether you worship on Friday, Saturday, Sunday or not at all … you are an important part of Canada and you have a home in the Conservative Party of Canada,” he said.

Number four is a topic that many governments and public officials struggled with this year — systemic racism.

The death of George Floyd at the hands of Minneapolis police officers sparked outrage and calls to end systemic racism in the United States and across the globe, including Canada.

While protests gripped several U.S. cities, rallies and demonstrations also took place here at home — including in the nation’s capital, where the Prime Minister attended. 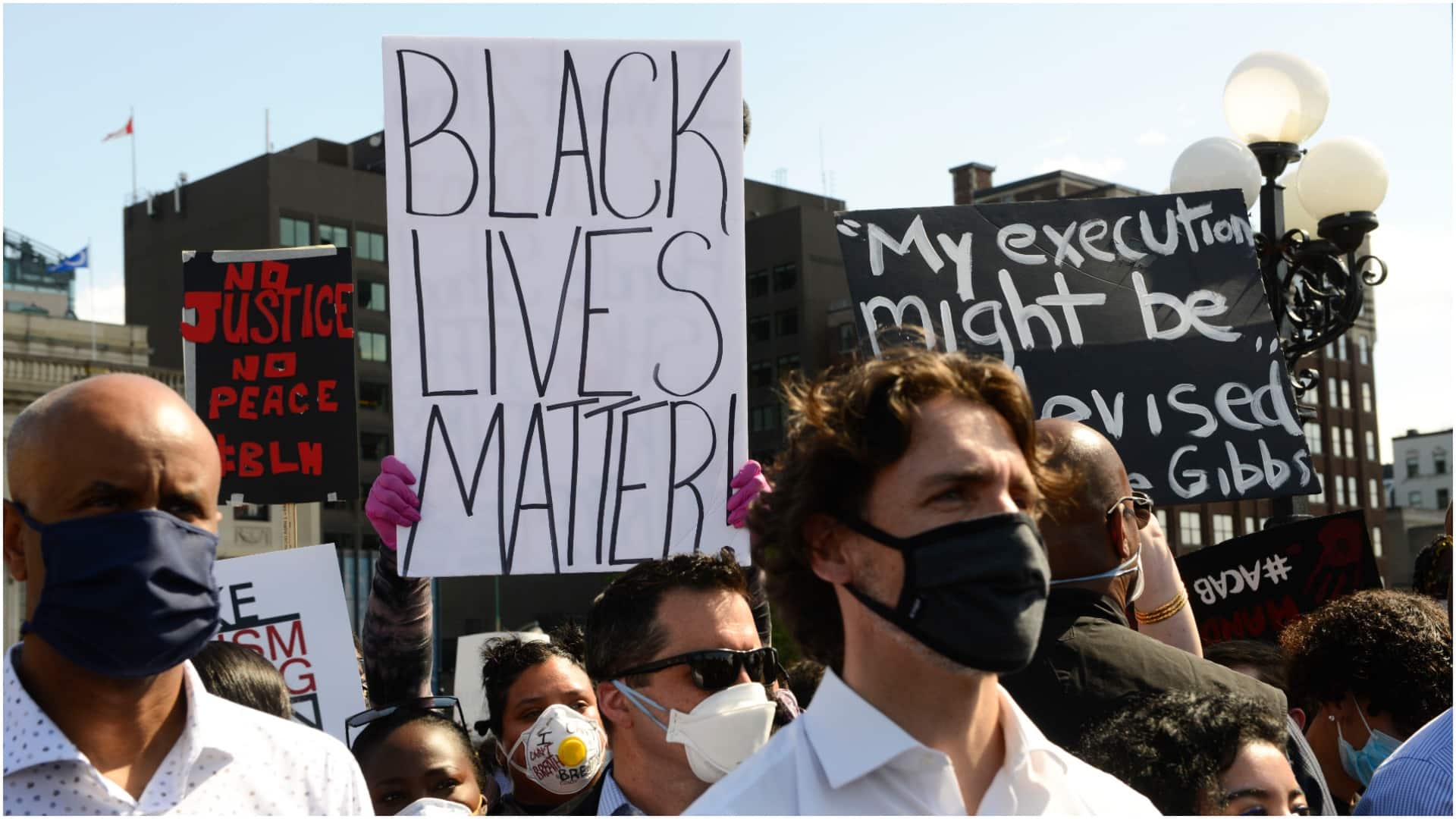 The team at Power & Politics breaks down the top five political stories of 2020. 9:46

Public officials faced questions about what could be done to end systemic racism in Canada.

Most notably, RCMP Commissioner Brenda Lucki struggled to with the term systemic racism, before making an about face and admitting it exists within the national police force.

Federal NDP Leader Jagmeet Singh was later booted from the House of Commons for refusing to apologize or withdraw comments directed at Bloc Québécois MP Alain Therrien. Singh had tried to get all parties to agree to a motion recognizing the existence of systemic racism in the RCMP. After Therrien was the only MP to vote against the motion, thus defeating it, Singh called Therrien a racist, resulting in his expulsion from the house.

Quebec Premier François Legault has likewise faced fierce criticism for not acknowledging the existence of systemic racism in his province.

For number three, we turn our gaze south of the border to the U.S. presidential election.

The campaign itself was different due to the pandemic, not least of all when a debate had to be cancelled after President Donald Trump contracted COVID-19.

Then 2020 struck again on Nov. 3, leaving no clear winner after election night.

What followed were days of counting absentee and mail-in ballots that had everyone — including Canada’s federal government — on the edge of their seats waiting for a final result. 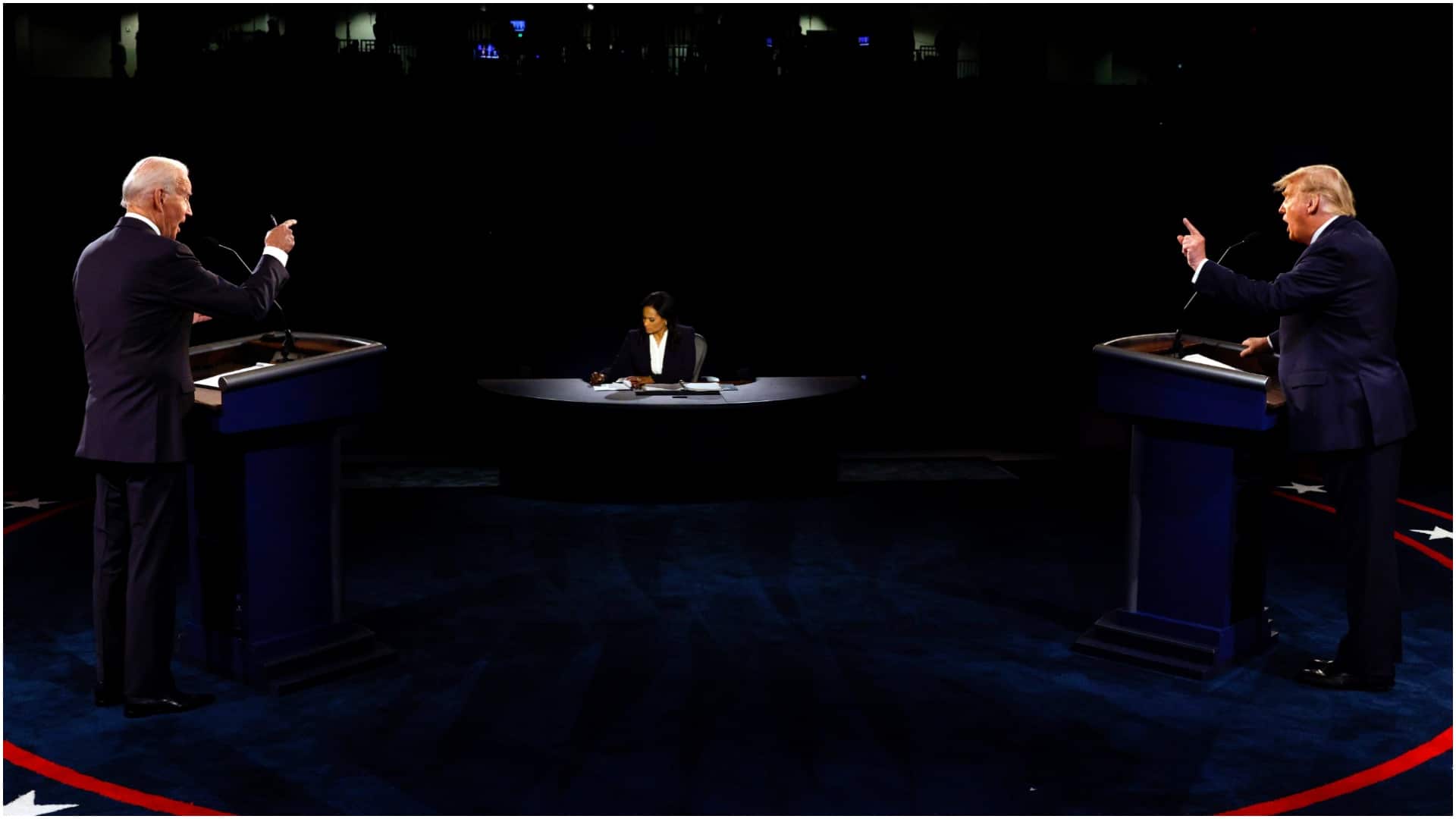 The team at Power & Politics breaks down the top five political stories of 2020. 6:59

It wouldn’t be until four days after election night that the race was called, with democratic candidate Joe Biden winning the presidency after securing enough electoral college votes.

But afterward, President Trump refused to concede, making false claims about voter fraud and launching several legal challenges in an attempt to overturn the results in some states.

Multiple states, including Georgia and Wisconsin, conducted recounts. But in the end Biden still had enough votes to claim victory.

In a year that has been gripped by a pandemic, it’s somewhat hard to pick out just one pandemic-related story that would make the cut for this list.

Yet coming in at number two is the WE Charity scandal.

The scandal rose out of what was supposed to be a pandemic support program for students, one that would offer money from the federal government for completing a specific number of volunteer hours during the summer break.

The WE Charity was originally tapped to administer the program, but the entire thing fell apart after it was revealed that members of Prime Minister Justin Trudeau’s family had previously been paid by the charity. 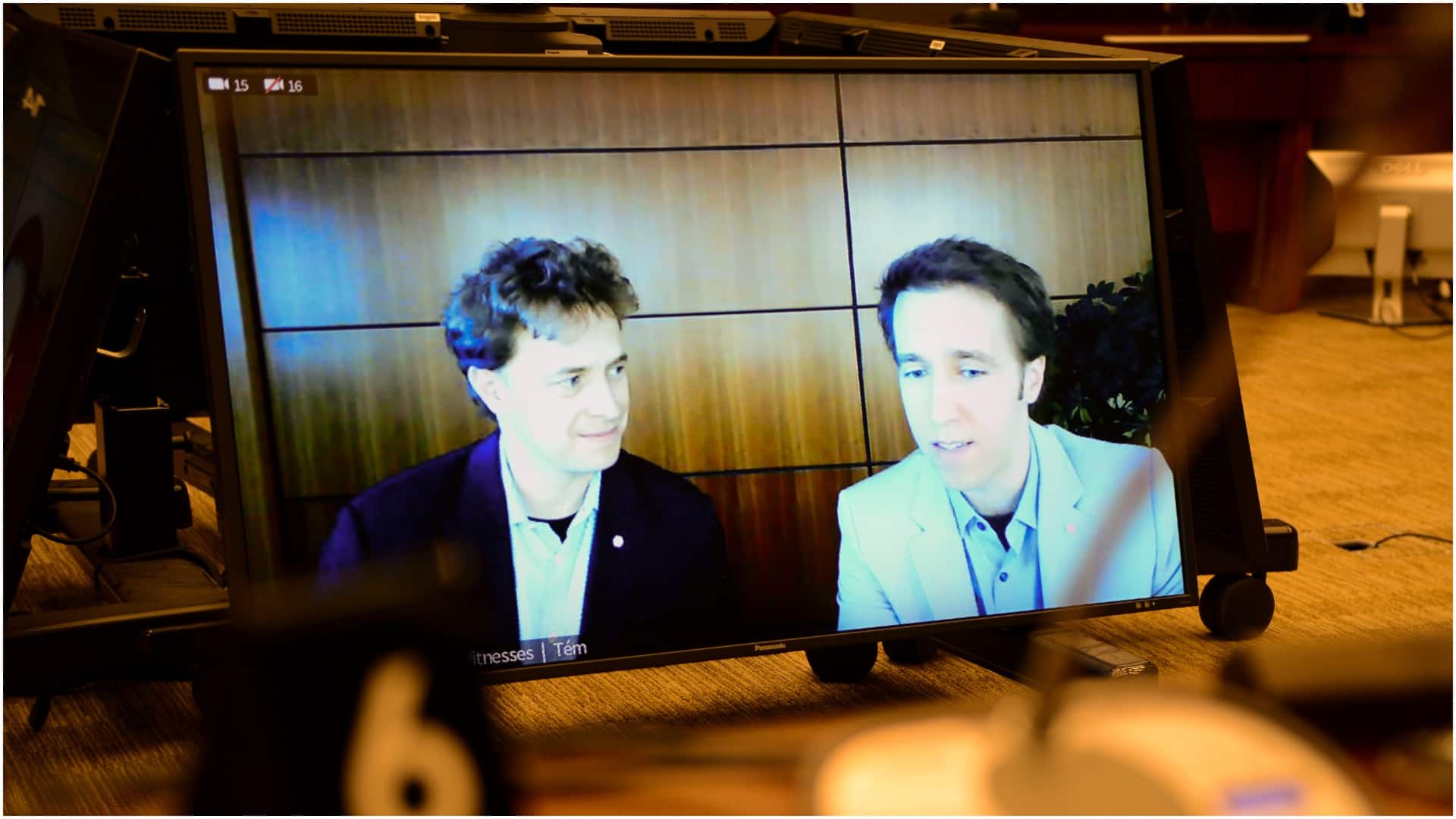 The team at Power & Politics breaks down the top five political stories of 2020. 8:53

What followed were weeks of outcry from the opposition. Trudeau and WE co-founders Craig and Marc Kielburger were brought before committee to testify.

Trudeau said he pushed back against a public service recommendation to have WE administer the program, but ultimately didn’t recuse himself when the decision was put before cabinet.

It was later revealed that then Finance Minister Bill Morneau had cut the cheque to the organization during the scandal. The money was to repay the travel expenses incurred by WE related to two 2017 trips he and his family took with the organization.

Morneau would later resign from his position as finance minister and leave parliament entirely, though he has maintained his decision to leave had nothing to do with the scandal.

The WE Charity would also later announce that they would be winding down operations in Canada.

In what should come as a surprise to no one, the pandemic takes the top spot for this year’s political story.

No other event in recent memory has changed so fundamentally the world as we know it, including our politics.

As mentioned previously, the COVID-19 pandemic impacted the U.S. election as well as Canada’s Conservative leadership race, but it goes far beyond that.

Even before the pandemic took hold in this country, the federal government was forced to organize a charter plane to bring Canadian citizens and permanent residents home from Wuhan, China, the original epicentre of the pandemic.

But it was when the virus arrived in Canada and started to spread that life really began to change here. 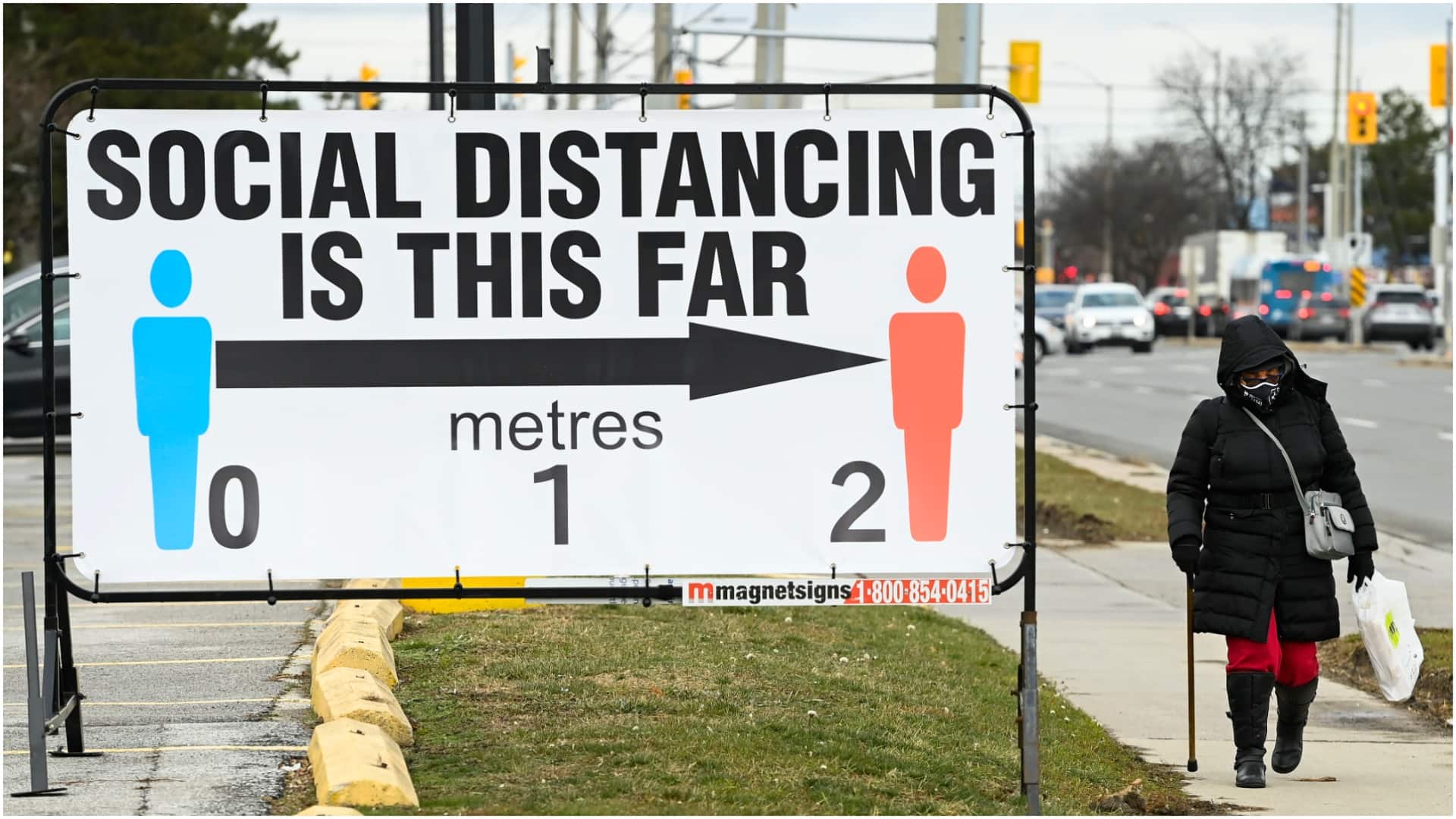 The team at Power & Politics breaks down the top five political stories of 2020. 9:21

Just last year the Liberal government was defending its deficit spending by claiming it had the best debt-to-GDP ratio in the G7.

That was thrown out the window when suddenly people were being asked to stay home and employees were forced to shut down their shops and lay off workers.

The government began rolling out an aid package worth billions of dollars, resulting in government spending not seen since World War II.

In Ottawa, MPs — like many Canadians — were forced to work from home, resulting in a new virtual style of Parliament.

Here’s hoping that next year’s list includes an end to the pandemic.