Thousands of families are being forced to wait months for vital documents needed to care for loved ones.

Power of attorney gives a family member or friend the legal authority to make medical and financial decisions on your behalf. But a backlog of up to 200,000 applications means pensioners fear losing capacity before relatives gain these rights.

Delays: Paul Harris, 84, and his wife Gillian, 83, are still waiting for their power of attorney documents 14 months after submitting applications

And when families try to call the Office of the Public Guardian (OPG), which oversees applications, soaring wait times mean they struggle to get through.

It used to take between eight and ten weeks to register for lasting power of attorney (LPA) but the average wait time is now 20 weeks, according to the OPG.

There are two types of applications: one covering health and welfare concerns and another for property and financial affairs.

The forms are more than 30 pages long and require signatures from those who you want to appoint as attorneys and at least one witness. Further advice from a solicitor would cost between £400 and £1,000.

The documents are scanned and processed in a Birmingham office before LPA is granted, registered and the paperwork returned.

Last month, an answerphone message stated ‘many of its staff’ were working from home which was ‘impacting the processing’ of applications.

The organisation claims its Birmingham office is now running at ‘100 per cent capacity’.

Frontline staff handling paperwork are in the office full-time, while call-centre employees come in twice a week. A backlog of between 100,000 and 200,000 remains.

Holly Chantler, partner at law firm Morr & Co, says: ‘We recently had a client who lost capacity while waiting for their LPA. It can be distressing for the whole family.’

Scotland has its own Office of the Public Guardian. Last month, officials were reportedly still processing applications submitted in September and October.

What is power of attorney? 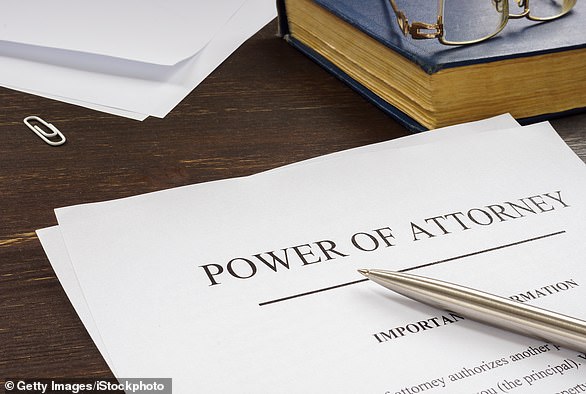 A Lasting Power of Attorney (LPA) is a legal document that gives a trusted loved one the power to make decisions on your behalf.

There are two types of LPA.A health and welfare LPA allows someone to make decisions about your medical care, life-sustaining treatment and if you should move into a care home.

This will only come into force once you have lost capacity yourself. A property and financial affairs version gives someone the power to look after your finances. This can take effect whenever you choose.

Around one in 20 LPA applications are rejected because they contain mistakes. This adds to delays and incurs a £41 fee to resubmit an application.

The OPG says it cannot accept applications that have been amended because changes could be made after the form is signed. But applicants say civil servants are turing down forms for trivial reasons.

Harry Dunstan, 79, had his application returned three months ago after he dated a form 1022 rather than 2022.

His daughter Susan Dunstan, 44, says: ‘It felt like a money-making exercise. He clearly could not have meant to date the document 1022.’

Paul Harris, 84, and his wife Gillian, 83, are still waiting for their power of attorney documents 14 months after submitting applications. 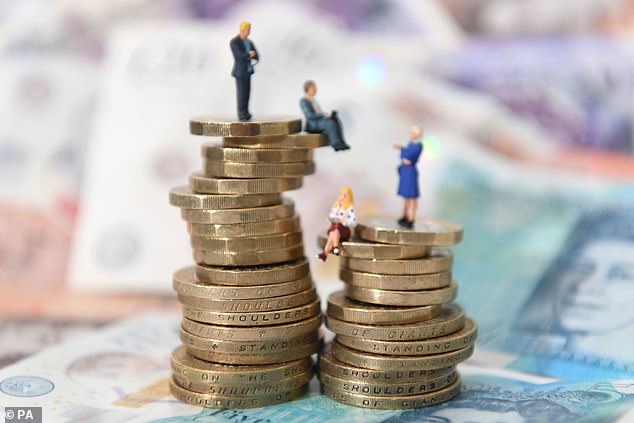 It used to take between eight and ten weeks to register for lasting power of attorney but the average wait time is now 20 weeks, according to the OPG

The OPG rejected Gillian’s application, claiming she used white correction tape on her form — but the couple say they do not own such tape.

When Paul tried phoning to query the mistake, an automated message warned he was 81st in the queue. He was eventually told to resubmit the application.

The grandfather-of-five, who suffers from a heart condition, says: ‘When you’re in your 80s you don’t know what is going to happen. It is stressful having to wait for more than a year for this application.’

My sister wants to use power of attorney to sell our poorly 91-year-old mum’s bungalow and split the cash with me – is this legal?

Power of attorney applications contain highly personal information yet missing documents are among the top three complaints to the OPG.

Andrew Mathias, estate planning adviser at MVL Wills and Trusts, says of the 35 LPA applications the OPG is dealing with on behalf of his clients, ten are missing.

He adds: ‘It is certainly happening more frequently.’

Irene Stubbs, 76, who was recently diagnosed with skin cancer, was told her application had gone missing in March.

She says: ‘To say I am annoyed would be an understatement.’

Retired couple Marjorie, 73, and Stuart Duxbury, 74, tell a similar story. A month after applying, Stuart received a call asking for his card details to pay the fees, which he provided. But the OPG rejected Marjorie’s application, claiming no payment was registered.

And bungling civil servants misspelled Marjorie’s name and got the first line of her address wrong, so it ended up with a neighbour.

Joyce Hoare died two weeks before her LPA arrived — more than a year after it was submitted in March 2021. 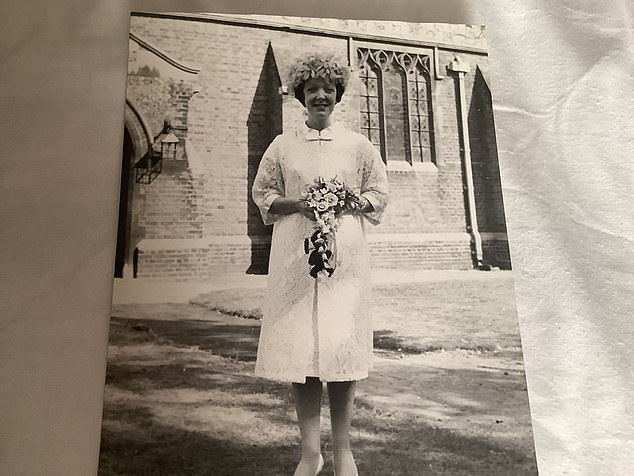 The 95-year-old’s documents went missing for three months before they were eventually recovered by staff in January.

They did not arrive at the widow’s home in Southsea until last month, a fortnight after she died of pneumonia.

Joyce’s niece and attorney Dallas Curtis, 74, who lives in Bath, says: ‘The whole situation was so distressing.

‘We had tried to chase the OPG on many occasions, but would never get anywhere. It was like banging your head against the wall.’

The OPG claims it is rare for documents to be lost for good.

Last month, ministers revealed plans to overhaul the system, giving people the option to apply online. Currently, you can only do part of your application online. Those who prefer paper forms will still be able to do so.

But experts warn it could prompt the same delays that hit the probate system following its 2019 overhaul. Since then, wait times have risen by six weeks.

Emily Deane, of the Society of Trust and Estate Practitioners, adds: ‘We can hope the changes will make the OPG more efficient.

‘However, if probate is anything to go by it could make the situation even worse.’

Just one in five 65 to 74-year-olds has an LPA in place, according to Hargreaves Lansdown.

If you lose the capacity to make decisions yourself without power of attorney, loved ones will have to apply for deputyship at the Court of Protection.

It typically costs £371 to apply, and a further £494 if the court decides a hearing is needed.

An OPG spokesman says: ‘We recognise that delays are frustrating, which is why we have recruited more staff to process applications. The number of LPAs registered has returned to pre-pandemic levels.’