Norman Powell scored a season-high 31 points and the Toronto Raptors beat the Minnesota Timberwolves 86-81 on Friday night, closing the game with an 11-0 run.

Minnesota dropped its third in a row since winning at Toronto on Sunday. In that victory over the Raptors, the Timberwolves overcame a four-point halftime deficit with a 37-point blitz in the third quarter. 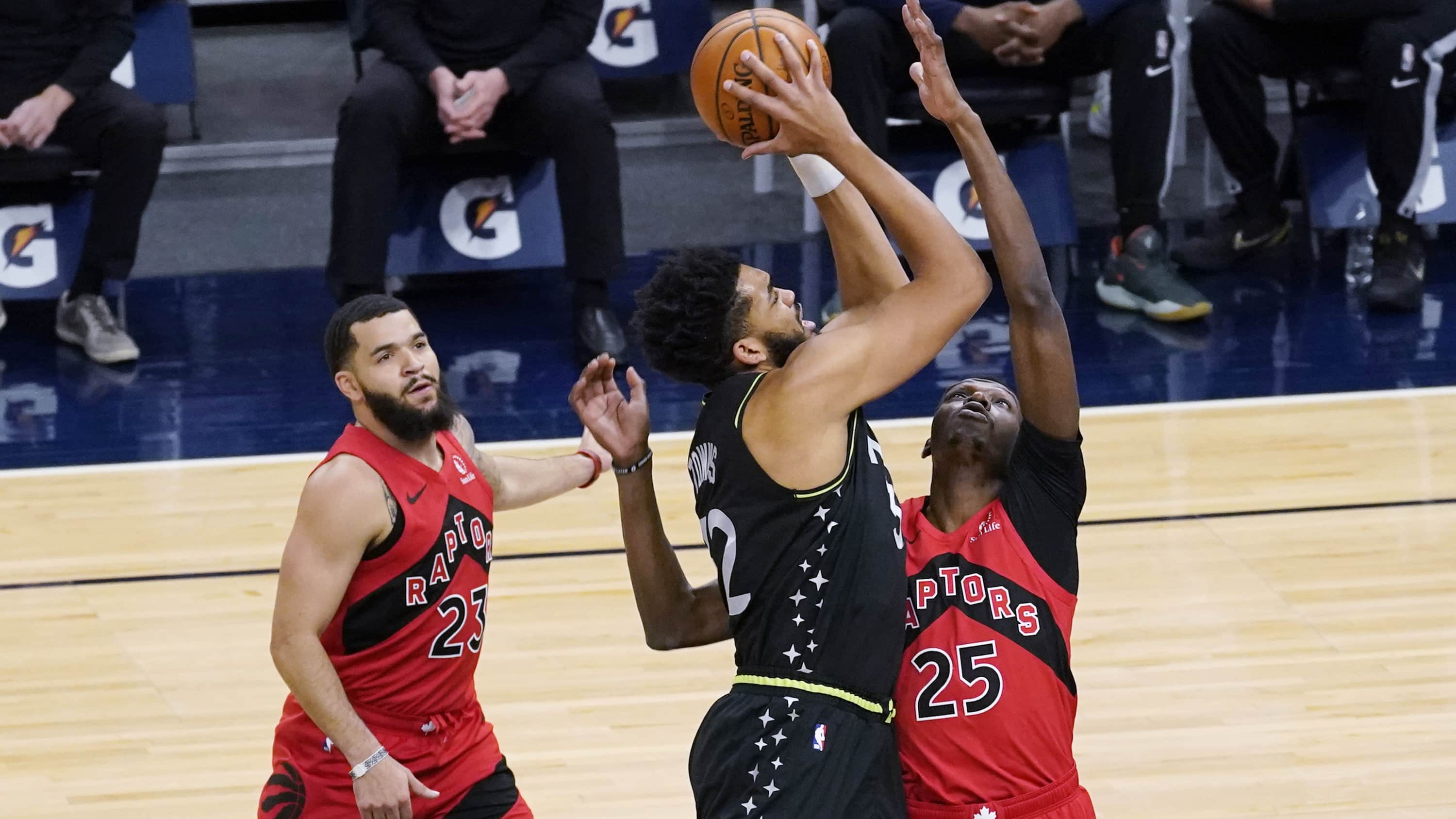 On Friday, they made a comeback that was even more dramatic.

After trailing by as many as 19, the Wolves clawed their way back into the game with a 16-0 run midway through the third quarter. Jake Layman had a dunk and a 3-pointer during the stretch, which tied the game at 57.

Rookie Anthony Edwards added a long jumper and a vicious dunk as part of a three-point play, helping Minnesota to a 64-58 lead heading into the fourth.

Minnesota led 81-75 with 3:30 to play when Toronto took over. VanVleet hit a pair of free throws, Powell scored on a transition layup, and Siakam threw down a tying dunk.

On Minnesota’s next possession, Towns was called for a moving screen, and on the other end, Davis hit his third 3-pointer of the quarter to make it 84-81 with 30 seconds to play.

The Wolves had a chance to tie it, but Beasley’s 3-pointer was short, and Davis hit two free throws for Toronto.

Playing a second straight game without point guard Kyle Lowry (sprained thumb), the Raptors dominated the first half, thanks in part to Minnesota’s cold shooting. At one point the Wolves missed 18 straight 3-pointers before hitting their last two of the second quarter to finish the half 3 for 22 from behind the arc.