The passengers on the pre-war Sud Express from Paris were stylish: royalty, film stars and millionaires — all eagerly awaiting the final stop. Not Nice or Monaco, as you might expect, but Estoril, half-an-hour outside Lisbon.

Once a summer retreat for Portuguese royals, by the 1930s the Costa do Sol — as the area around Estoril and neighbouring Cascais is called — had become a serious rival to the Cote d’Azur.

The glitterati had drifted away by the 1970s, but now the coast is making a comeback. Footballer Cristiano Ronaldo is splashing millions on a house there, and international pace-setters, including modish French designer Philippe Starck, have also moved in for the serene setting, relaxed lifestyle and broad beaches.

Stacks of style: The Costa do Sol — as the area around Estoril and neighbouring Cascais (above) is called — was hugely popular with the glitterati in the 1930s, but they drifted away by the 1970s. Anwer Bati visits the area and finds that it’s ‘making a comeback’ 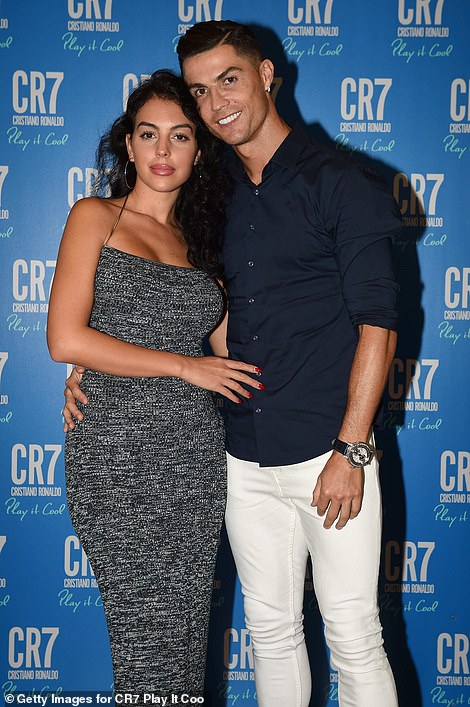 Thanks to Portugal’s neutrality during the war, the area became attractive for more serious reasons, drawing many deposed European monarchs — among them King Carol of Romania — and refugees fleeing the Nazis, including French Rothschilds and Peggy Guggenheim. The Duke and Duchess of Windsor also decamped there after hastily leaving France in 1940.

And it became a hotbed for spies from both sides, among them Ian Fleming, then working for Britain’s Naval Intelligence Division.

The register at Estoril’s grand Palacio hotel (an Allied hangout — its rival, Atlantico, actually flew the swastika) shows that an ‘Ian Lancaster Fleming’, calling himself a ‘Government Official’, stayed in May 1941.

He was on the trail of Yugoslav double-agent Dusko Popov, a possible model for James Bond. Part of 1969’s On Her Majesty’s Secret Service (the George Lazenby one) was even filmed here.

The Palacio is still one of Portugal’s poshest hotels, much favoured by golfers (it has its own course) and those who like the idea of the magnificent Banyan spa and health centre. And royals, including Princess Anne and Prince Edward, still stay here for an annual jamboree.

I’m reminded of the Bond link soon after check-in, when I meet cheerful concierge Jose Vieira, who, when he was a bell boy, appeared in On Her Majesty’s Secret Service. And the hotel’s Spy Bar serves a mean 007 martini — made to Fleming’s own recipe.

Warming to the Bond theme, I visit the famous Estoril casino next door. The once-graceful white building, which supposedly inspired Casino Royale, has been preserved, bizarrely, within the shell of a Las Vegas-style mega-gaming and entertainment complex. But the original 1930s room where Fleming played baccarat is still here.

Elegant Estoril is mostly residential and the action has shifted to the former fishing village of Cascais, part of the same municipality and a 20-minute walk along the promenade. So I head there, to the luxurious Real Villa Italia, where most of the spacious rooms have balconies and sea views. Its name reflects the fact that the mansion of the exiled last King of Italy, Umberto II, is now part of the hotel.

Across the road, I find the dramatic Boca do Inferno rock formation and cave. Visitors clamber down for the view, particularly at sunset, unbothered by the crashing Atlantic breakers.

It’s a short walk into the village with my guide Ines, past two vast villas built in the 1900s by Irish-Portuguese businessman Jorge O’Neill. We pop in to check out the elaborate tiled interiors.

Anwer stays at Estoril’s grand Palacio hotel (above), where Ian Fleming, author of the James Bond series, stayed in 1941 while working for Britain’s Naval Intelligence Division. ‘He was on the trail of Yugoslav double-agent Dusko Popov, a possible model for James Bond,’ he says

Nearby is the lighthouse museum, Farol de Santa Maria, offering spectacular views. It’s next to Cascais’s marina, which hosted the America’s Cup in 2011.

A stroll through the small, peaceful Marechal Carmona park, full of chickens and peacocks, leads us to the striking, clay-red gallery dedicated to Paula Rego, the great Portuguese-born artist.

On past the Cidadela, a fort doubling as an arts centre, we come to the village itself. Set up a gentle hill overlooking a bay and public beach, it’s a bustling mix of white houses, cobbled streets, restaurants, cafes and boutiques.

We head to Bijou, small but famed for its pastries, and over some travesseiros, a confection made from almonds and egg cream, Ines tells me that many of the visitors here are day-trippers from Lisbon (trains run from Cais do Sodre station), and that, even though almost half the hotels on the coast are five stars, it isn’t only a place for the wealthy.

Cascais’s restaurants confirm this. I try Furnas do Guincho, with a terrace right by the sea, and the welcoming O Pescador. Both are excellent, serving fresh, locally landed seafood.

There is plenty to see nearby, including the Unesco world heritage town of Sintra. But I go to Cabo da Roca, the westernmost point of continental Europe.

Exposed and windy, the high cliff draws coachloads of tourists. Then down to Guincho beach, which is wide, sandy, surrounded by small dunes and a favourite with wind surfers — and another key Bond location.

Spies and resident royals might have gone from the Costa do Sol, but it remains alluring — and once again able to give places such as the Cote d’Azur a run for their money.