Son of a gun! Porto boss Sergio Conceicao’s celebrates wildly after his 19-year-old son Francisco scores the winner in a 3-2 comeback against Estoril to stay top of the table

Like father like son is an often overused term, but for Sergio Conceicao it carried particular meaning on Saturday night.

The Portugal legend and now Porto manager led the frenzied celebrations after his table-topping side recovered from two goals down to beat Estoril 3-2 in the dying moments of a massive game.

But even sweeter was that the 89th-minute winner was scored by none other than his son, Francisco, who Sergio had brought off the bench just three minutes earlier. 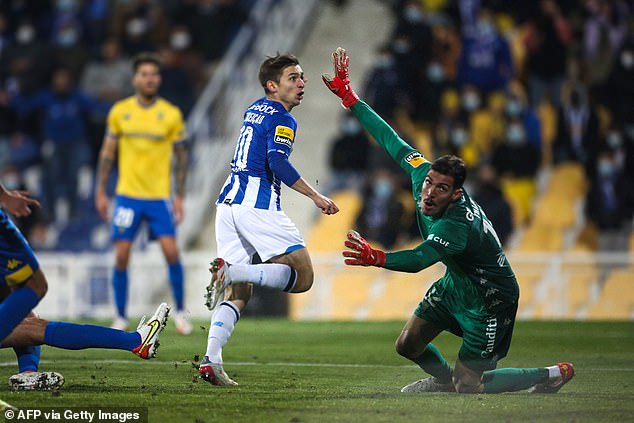 Huge for Primeira Liga leaders Porto who come from 2-0 down to beat Estoril.

Things were looking ominous for Porto as they were 2-0 down at half time against Estoril. Sergio’s men were level on points with second place Sporting going into the match.

Iranian forward Mehdi Taremi notched Porto’s first goal at the start of the second half, but the task seemed insurmountable as the score remained 2-1 into the final six minutes.

But the remarkable turnaround began with Colombia international Luis Diaz’s equaliser in the 84 minute. Three minutes later Sergio turned to his son Francisco and brought him for the final moments. 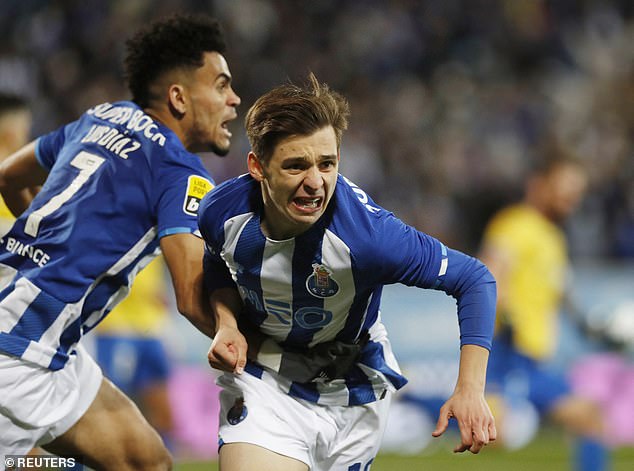 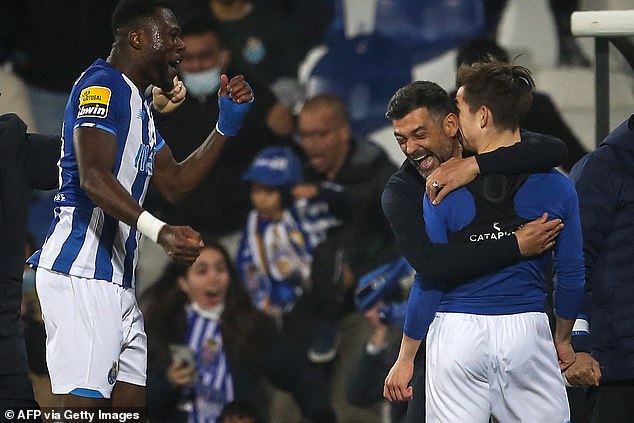 Francisco flew into the arms of his father Sergio (right), who grabbed him into a bear hug 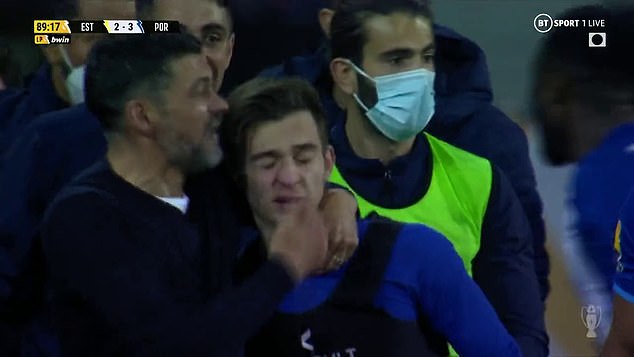 Two minutes after that, Diaz dazzled down the left wing, cut in and dragged back from the byline to an advancing Francisco, who hit the ball into the back of the net and saw Porto players and staff explode.

The younger Conceicao looked elated and ran through his team-mates before embracing his father, who administered several affectionate but rather fierce slaps on his son’s face as Porto secured all three points.

The match was Francisco’s 12th league appearance this season, although he has only started one game. It was also his first league goal, and will be one neither he nor his father will likely forget.

But he has some way to go to emulate Sergio’s playing career, which included playing for Porto, Lazio and Inter, as well as 56 caps for Portugal with 12 goals.