Vineeta Whyte, 39, from Blackburn, West Lothian, Scotland, who describes herself on Facebook as a ‘Hindu Goddess’, was accused of committing a statutory breach of the peace after she caused a racial disturbance in the street on June 23.

The mother-of-one, who appeared at Livingston Sheriff Court on a personal undertaking on Tuesday, is charged with allegedly displaying behaviour that was threatening and abusive and likely to cause a reasonable person fear or alarm.

Whyte, who was not legally represented, was advised to consult a lawyer before deciding whether to plead guilty or not guilty.

Vineeta Whyte, 39, from Blackburn, West Lothian, Scotland, was accused of shouting, swearing and uttering racist remarks outside her home on June 23

During her appearance in court, Whyte told Sheriff John MacRitchie that she had left her charge sheet at home and was unaware that she was being accused of racist behaviour.

The sheriff warned her that a racially aggravated crime would be looked on seriously by the court when it came to sentencing.

He rebuffed her attempts to discuss the evidence with him and advised her to consult a lawyer before deciding whether to plead guilty or not guilty.

Sheriff MacRitchie continued the case without plea until October 13 when Whyte has other cases due to call.

In 2019, Whyte launched a tirade of verbal abuse on two officers after she was questioned for shouting and swearing at football fans while she sat inside Waverley Station in Edinburgh. 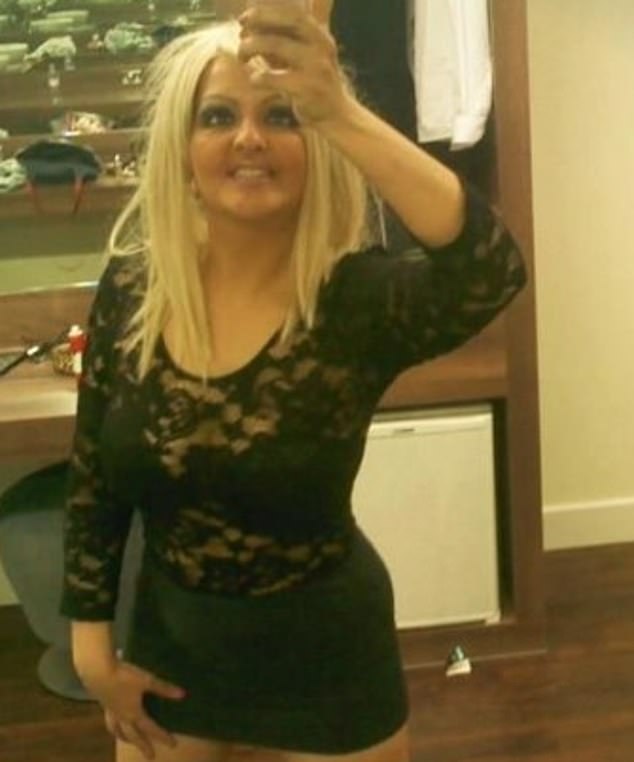 Earlier that year she also boasted that she had exchanged intimate messages and photos online with married Dancing on Ice star Mark Little.

She claimed that she started sending the 59-year-old Australian soap star, who played Joe Mangel in Neighbours, sexual messages after reportedly adding him as a friend on Facebook.

In August 2017, Whyte also appeared in court over a racist Brexit rant she had directed at police officers after they were sent to investigate her over claims she had taken topless selfies of herself in a restaurant at Glasgow Airport.

The former adult film star called the officers ‘white pig c***’ before going on to say she ‘couldn’t wait for f****** Brexit’, The Daily Record reported.

She later admitted making racist remarks and acting in a racially aggravated way towards police officers at Paisley Sheriff Court.