Pope Francis today removed his mask and reached out to touch the faithful, both young and old, at a ‘limited’ public audience at the Vatican.

The 83-year-old, who resumed his Wednesday General Audience’s last week, told the packed San Damaso courtyard that the coronavirus would be defeated by God’s love.

The pontiff removed his mask when he stepped out of his car, he smiled and chatted, shook hands and touched the foreheads of congregants who scrummed at the barriers.

‘The Christian response to the pandemic and to the consequent socio-economic crisis is based on love,’ Francis told the masses as he reflected on ‘Healing the World’ in his sermon. 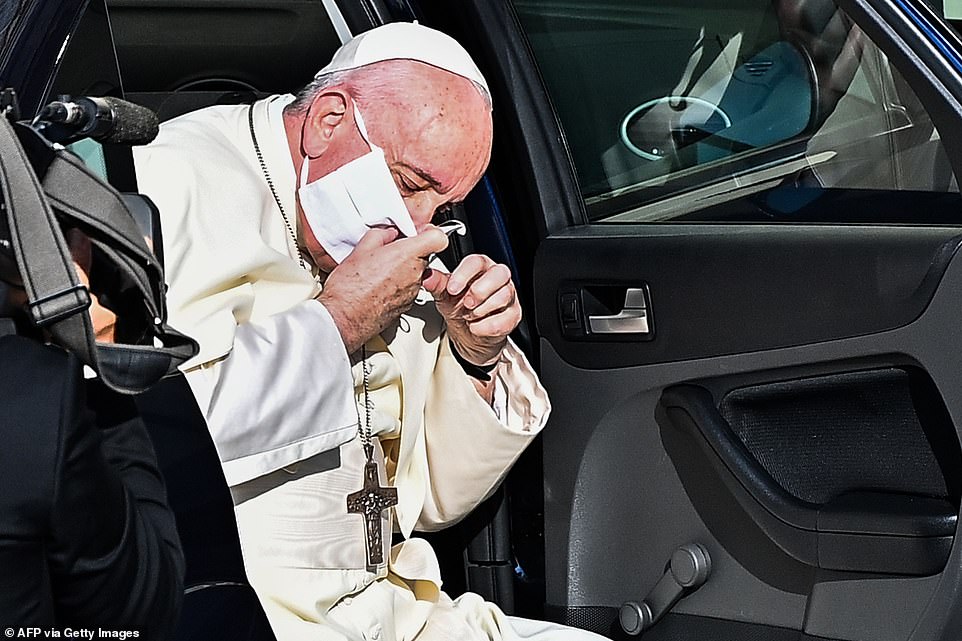 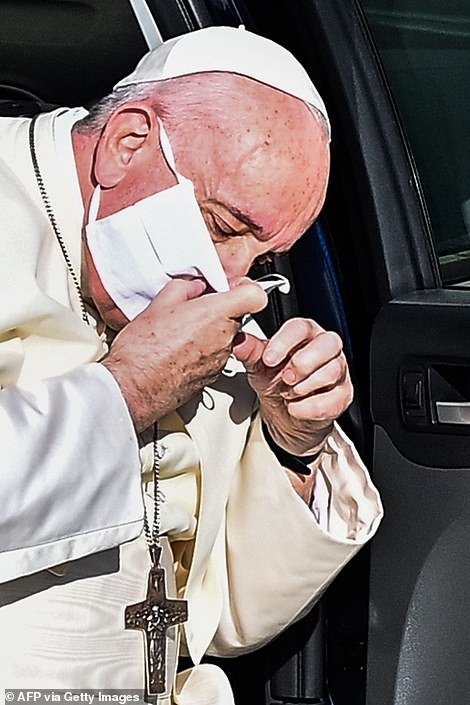 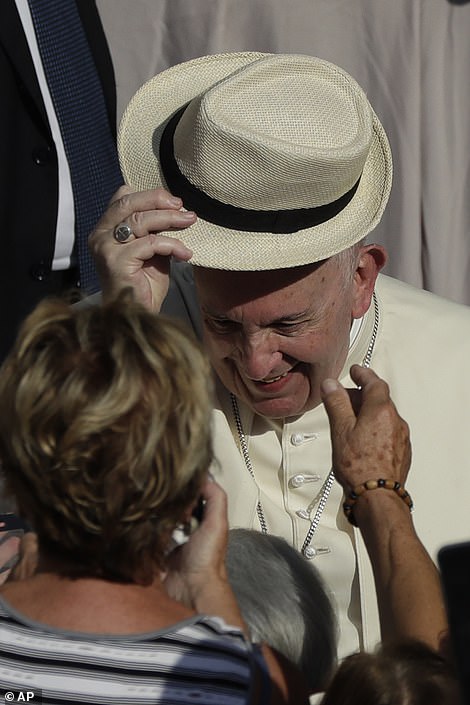 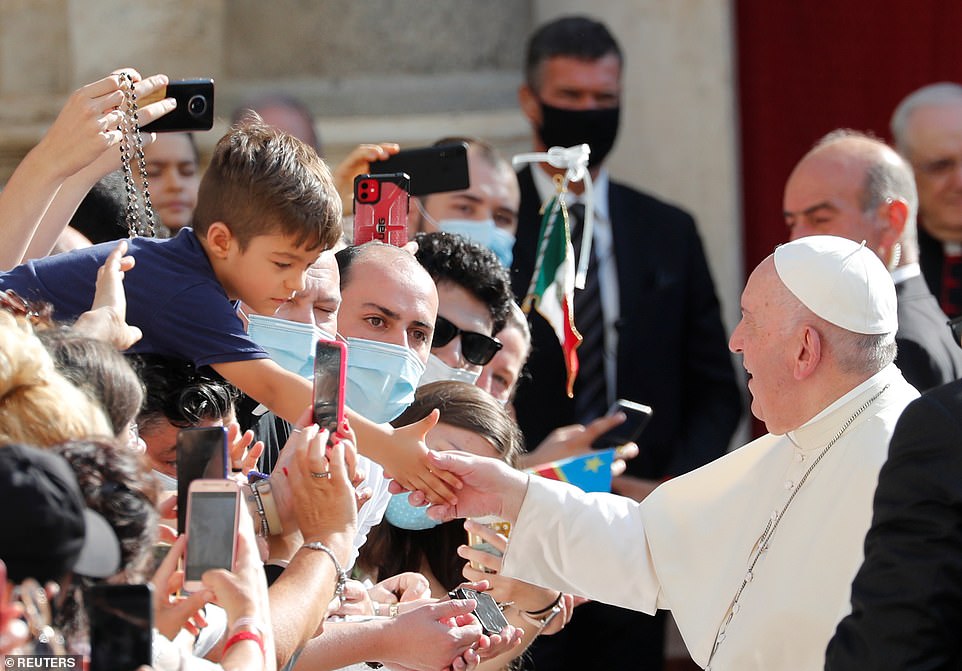 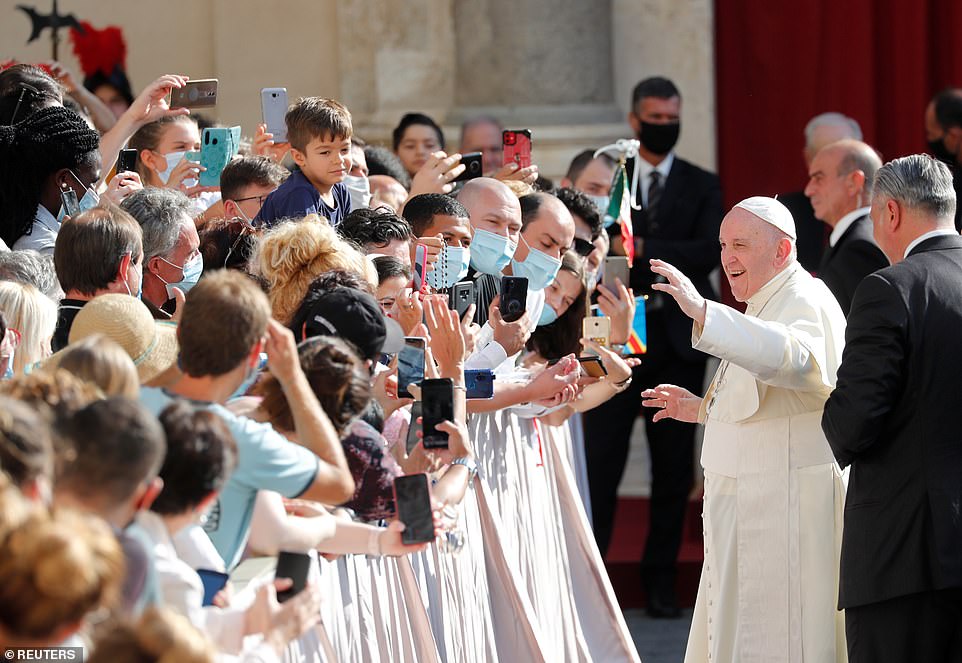 The Pope said we could emerge from the coronavirus improved by it ‘if we all seek the common good together.’

But he referred to ‘partisan interests emerging’ which showed that some just wanted to selfishly take advantage of the crisis, Vatican News reported.

As a consequence, the Argentine said it was incumbent upon Christians to love their enemies, a difficult task, but an ‘art that can be learned and improved.’

With God’s help, Francis told his flock, ‘we can heal the world,’ if we all strive alongside each other ‘for the common good.’

‘Thus, through our gestures, even the most humble ones, something of the image of God that we bear with us will be made visible, because God is the Trinity of Love.’ The Pope said. 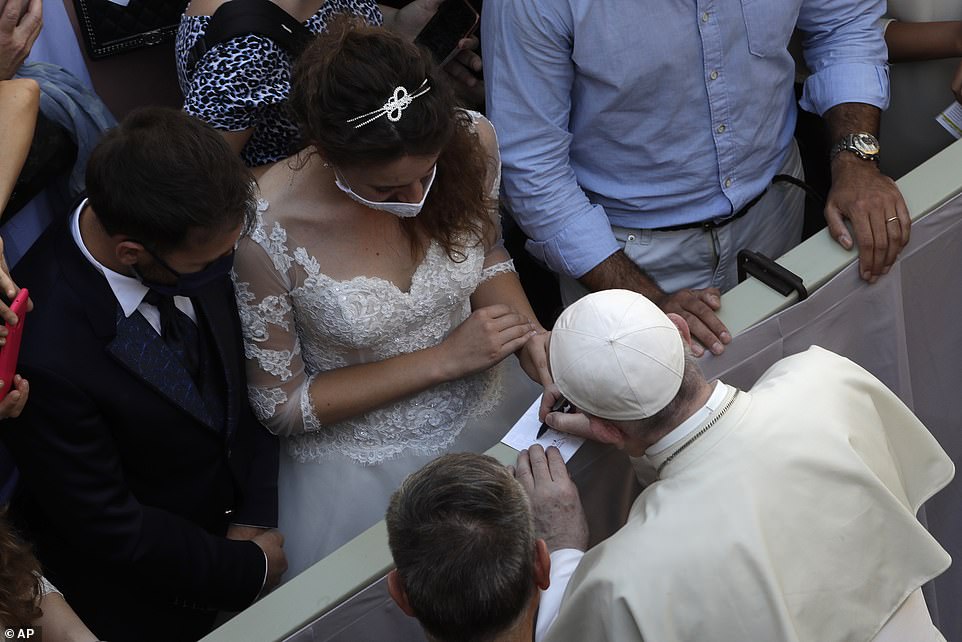 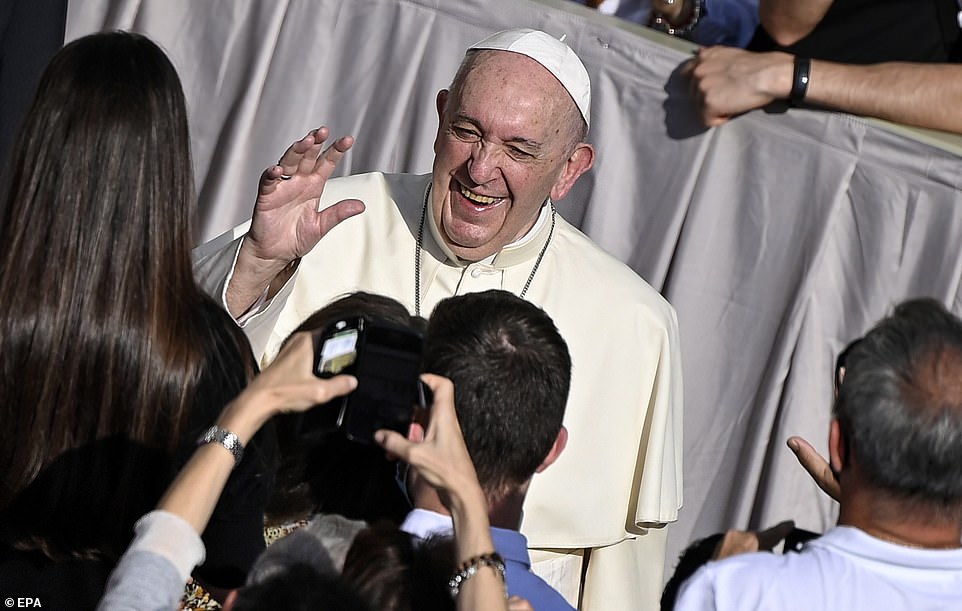 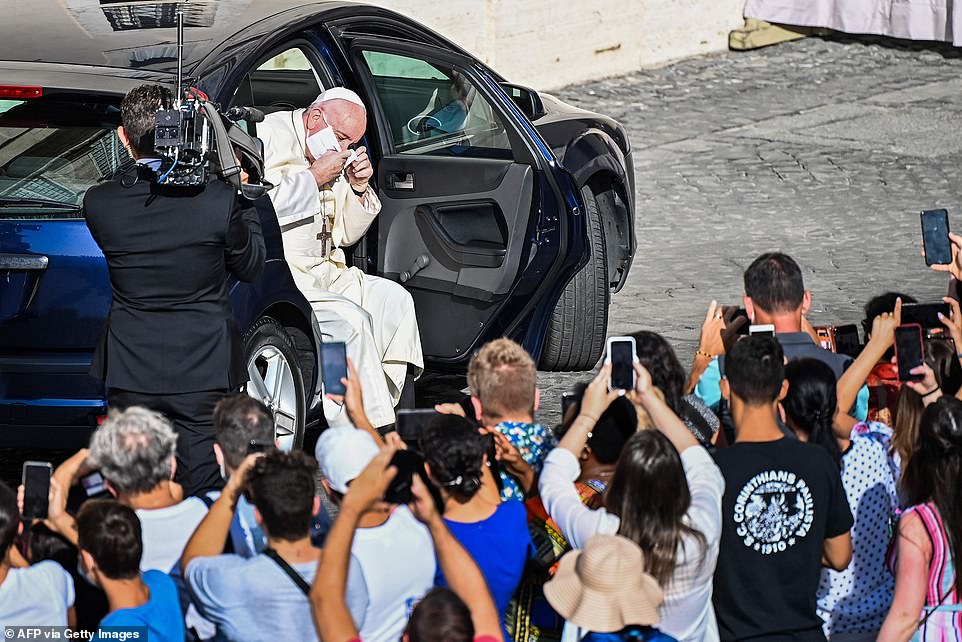 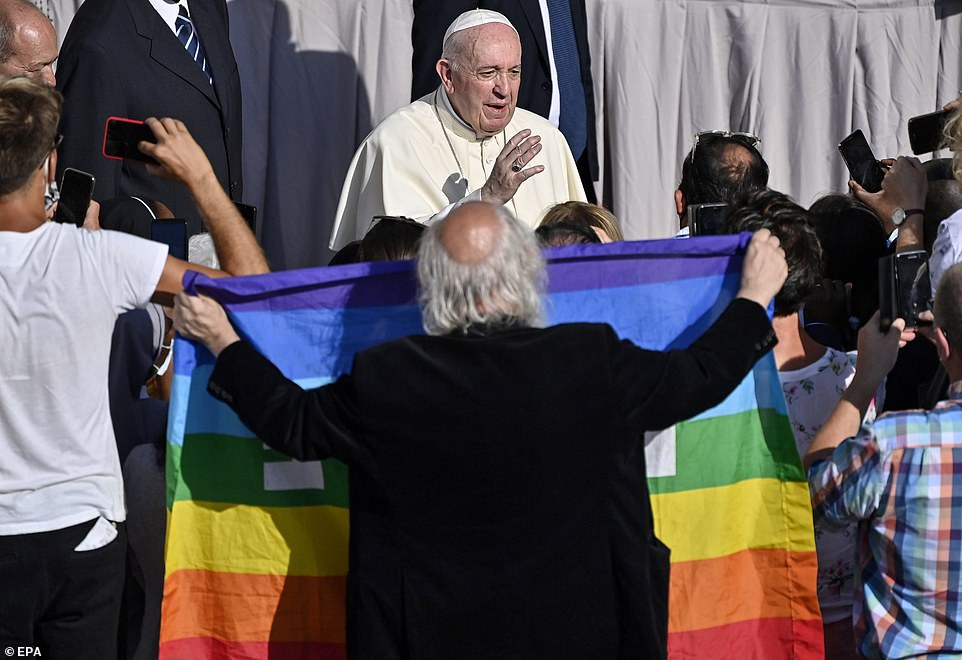 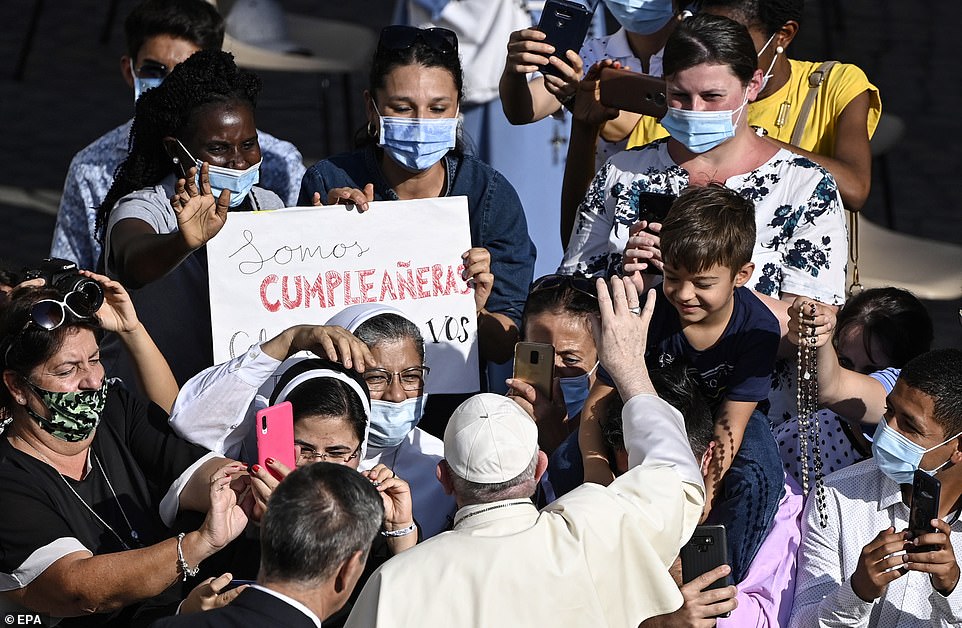 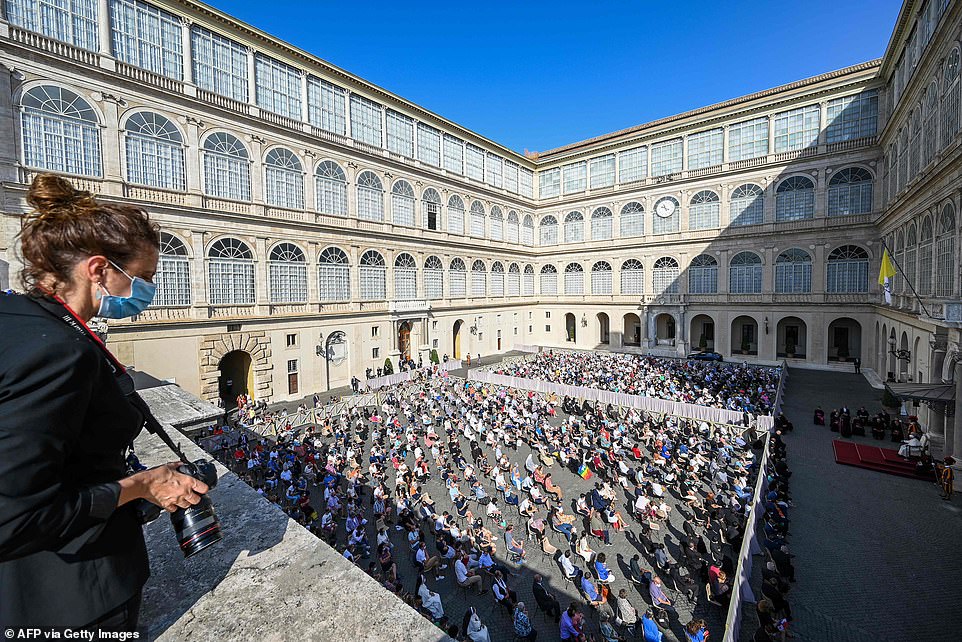 A photographer looks on as a general view shows the San Damaso courtyard as Pope Francis holds a limited public audience in The Vatican on September 9, 2020

Visitors had their temperatures checked as they entered the Vatican and nearly everyone among the audience of 500 or so wore masks. The public sat in seats arranged to ensure social distancing.

It is not clear if temperatures were check today as they were last week, byt , but photos showed that masks were not used by all although there was a socially-distanced seating plan, they crowded close together to meet the pontiff. 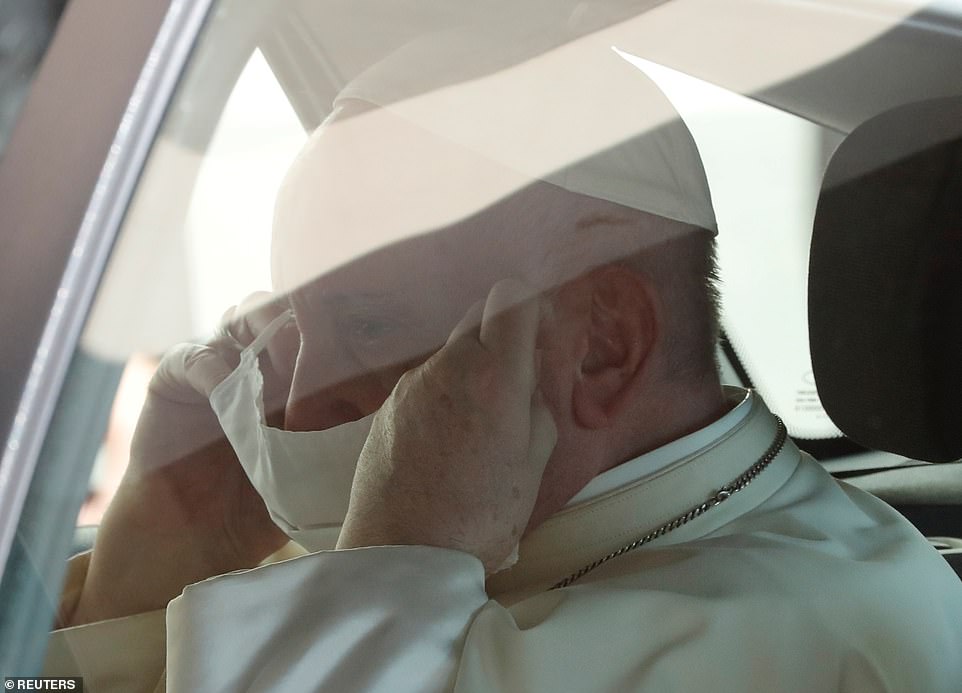 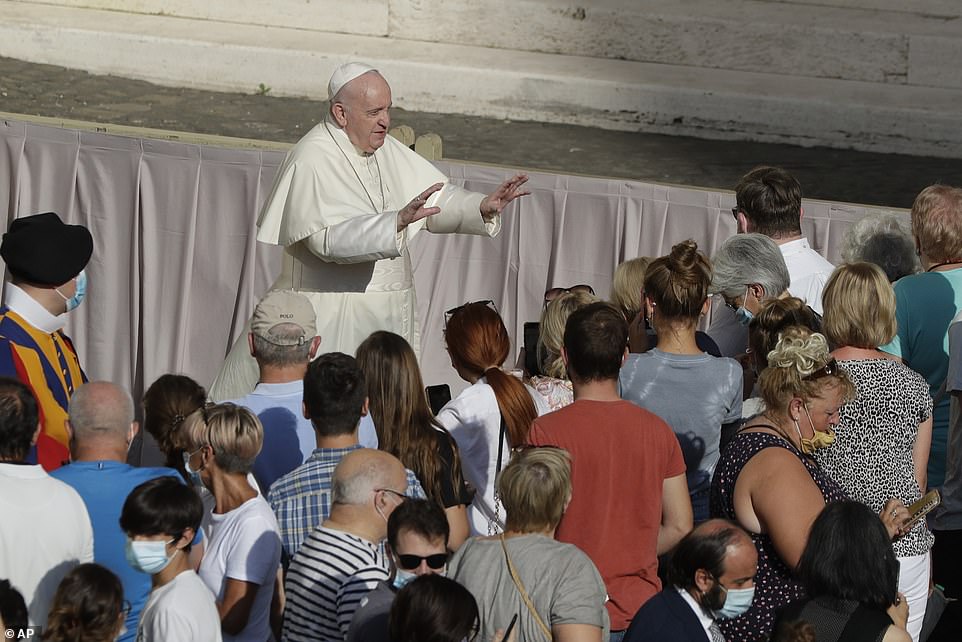 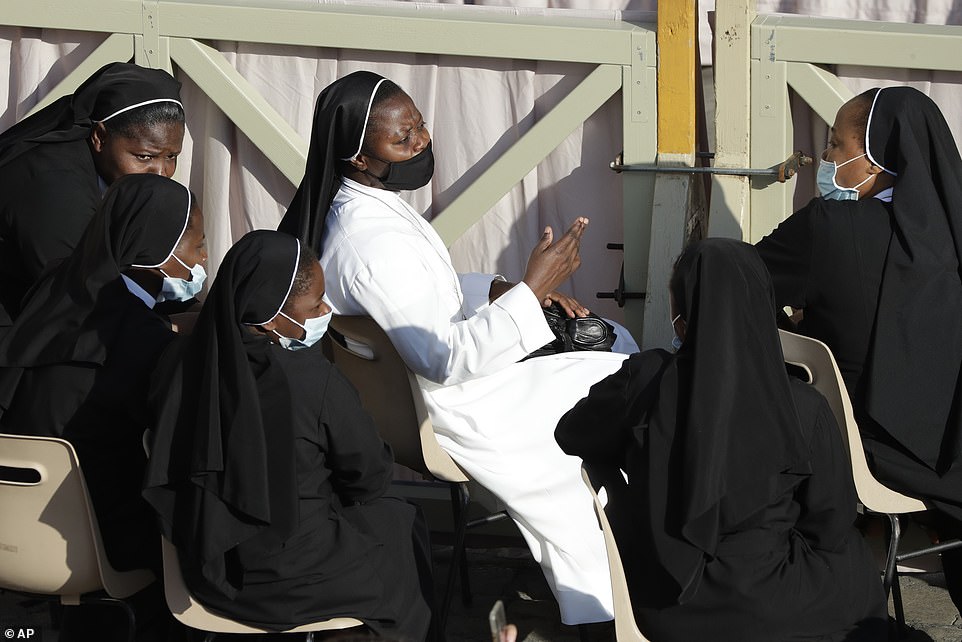 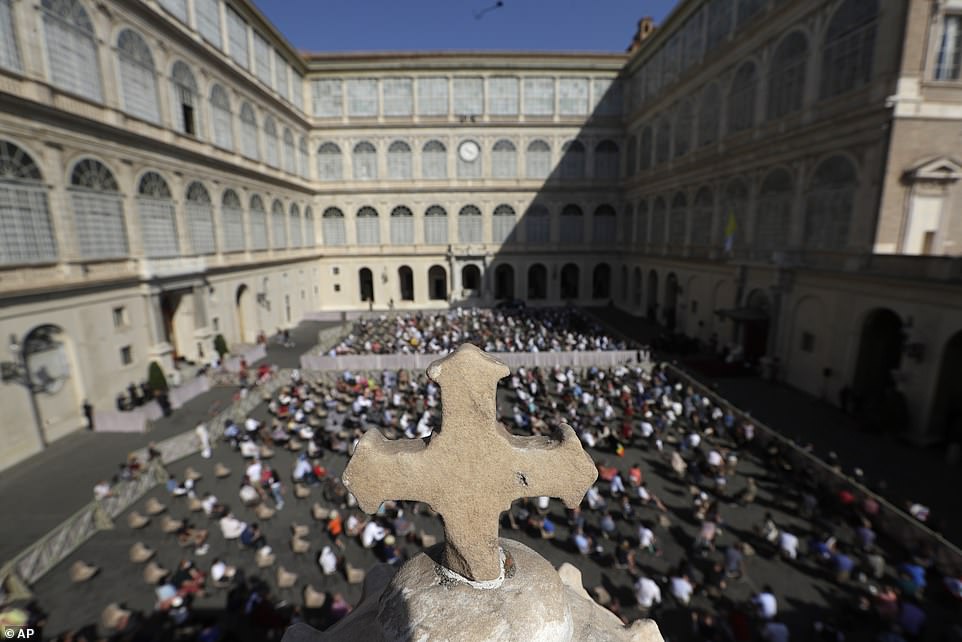