Pope Francis on Sunday proclaimed an upcoming year dedicated to the family as he doubled down on one of his papal priorities and urged renewed attention to his controversial 2016 document on family life.

Francis announced the upcoming year of the family would begin on March 19, the fifth anniversary of his document “The Joy of Love.” Among other things, the document opened the door to letting divorced and civilly remarried couples receive Communion, sparking criticism and even claims of heresy from conservative Catholics.

The Pope penned the document after summoning bishops from around the world to debate how the Catholic Church can better minister to families. While the divorce-remarriage issue dominated headlines during the back-to-back synods, the discussion also touched on ministering to gay people and other “non-traditional” families.

Francis made the comments during his Sunday noon blessing, delivered from inside his studio to prevent people from gathering in St. Peter’s Square below as part of the Vatican’s anti-virus precautions.

In making the announcement, Francis offered some friendly papal advice to bickering families, reminding them to say “pardon me, thank you and sorry” and never end the day without making peace.

WATCH | Pope calls for ‘vaccines for all ‘ in Christmas message: 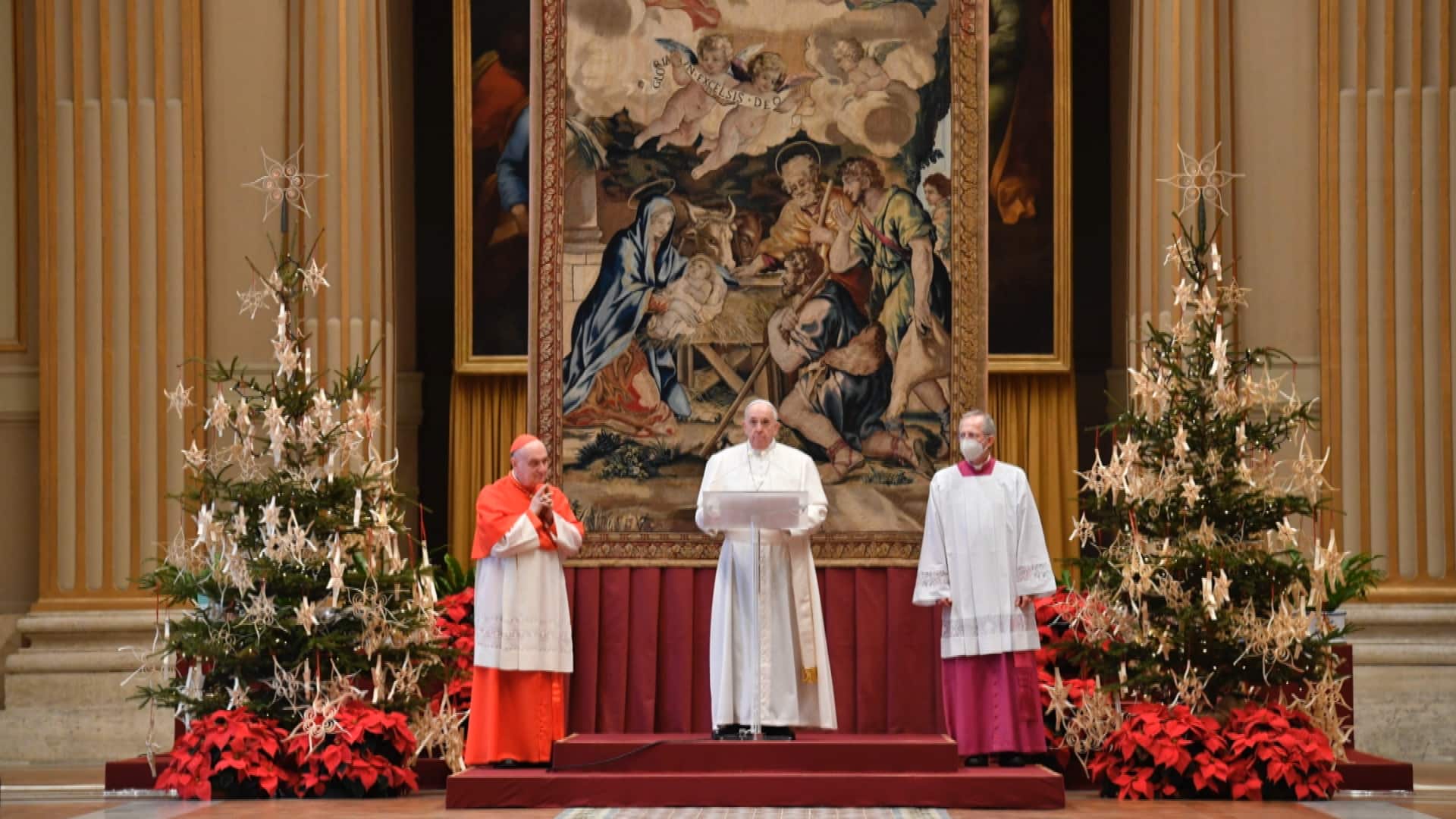 Pope Francis delivered his traditional Christmas Day message virtually from inside the Vatican, urging countries and companies to provide ‘vaccines for all.’ 0:48