Pope Francis has been given his first dose of the Pfizer coronavirus vaccine, the Vatican announced today.

The 84-year-old pontiff, who only has one lung after the other was removed due to an infection while he was a teenager, received the jab Wednesday.

Pope Emeritus Benedict, 93, was also vaccinated against the virus on Thursday as the Vatican’s jabs roll-out got underway.

The pair are expected to receive their second dose in around three weeks.

Vatican officials said that the elderly, those with pre-existing conditions, public workers and health officials were being prioritised for the jabs.

The Vatican has so-far confirmed 27 cases of coronavirus, with at least 11 of them among the Swiss Guard who share a communal barracks.

‘I can confirm that, as part of the Vatican City State vaccination programme to date, the first dose of the Covid-19 vaccine has been administered to Pope Francis and the Pope Emeritus,’ spokesman Matteo Bruni said.

Pope Francis has been a vocal supporter of vaccines, despite concerns among Catholics because they are partly based on research carried out using fetal tissue from aborted infants.

Francis said earlier in the week that it was an ‘ethical duty’ for everyone to take the vaccine, to protect their own health and the health of others.

‘Everyone should get the vaccine. Without a vaccine, you are playing with health, life, but also with the health of others,’ he said.

The Congregation for the Doctrine of the Faith, the Vatican’s watchdog office for doctrinal orthodoxy, said it addressed the question after receiving several requests for ‘guidance’ during recent months. 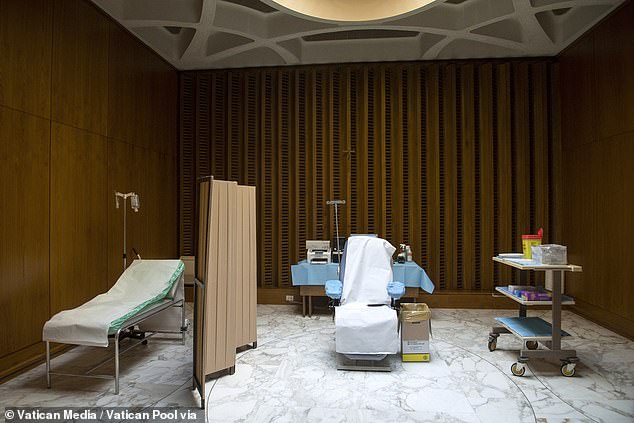