Is this the worst national anthem ever sung at a sporting event? Pop star Conan Gray is HAMMERED by baseball fans after ‘impossibly bad’ rendition of the Star Spangled Banner

Popstar Conan Gray has dismayed baseball fans by delivering what many are calling one of the worst national anthems ever heard at a Major League game.

The 23-year-old star was slammed on social media soon after singing the Star Spangled Banner at the MLB’s Home Run Derby event at Dodgers Stadium in Los Angeles on Monday.

Fans blasted him for turning in an off-pitch, off-key effort that had many scrambling to press the mute button on their remote controls.

The pop star’s ear-splitting effort was compared to other car-crash versions of the Star Spangled Banner, like Fergie’s infamous rendition at the 2018 NBA All Star Game

The singer came to fame through YouTube where he uploaded music videos as a teenager from his home in Texas.

His second album, released this year, was critically acclaimed and reached the top 10 in the US and the UK.

Gray’s rendition was quickly compared to other car crash versions of the anthem, including Fergie of Black Eyed Peas fame’s awful performance at the 2018 NBA All Star Game, which was so bad basketball superstar Steph Curry burst out laughing.

He even drew comparisons to actress Roseanne Barr’s intentionally horrid effort at a San Diego Padres baseball game in 1990, which saw her booed so badly she blocked her ears before spitting on the pitcher’s mound.

Gray might boast more than 21 million monthly listeners on Spotify, but baseball fans didn’t let that hold them back as they hit him with insult after insult. 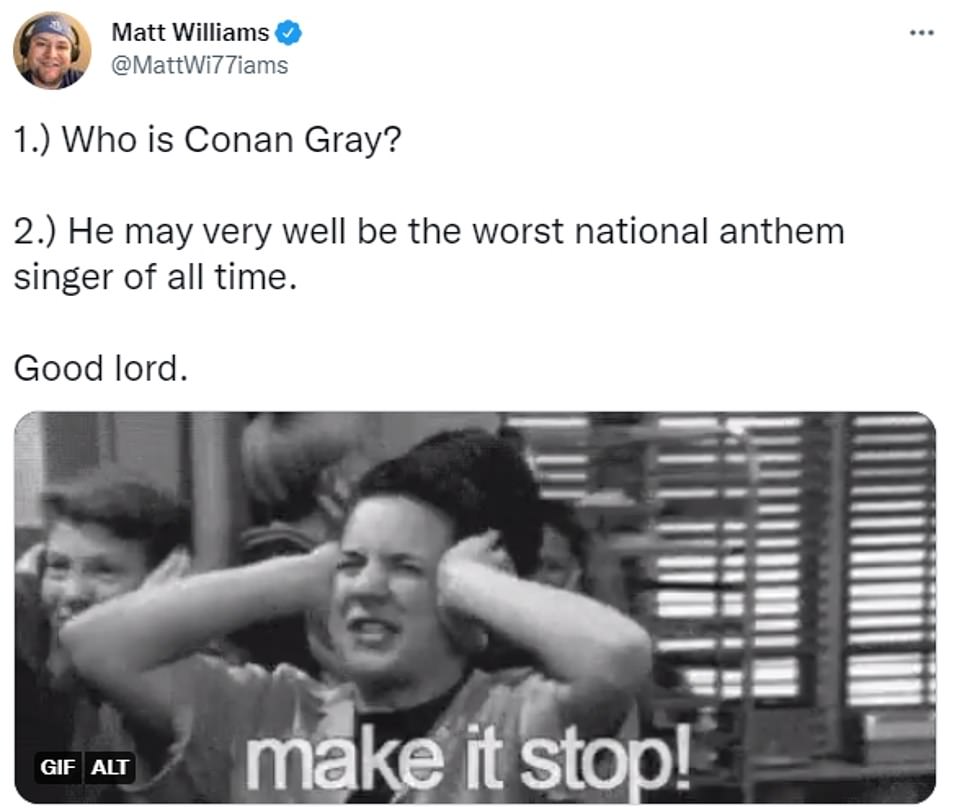 ‘I don’t know who TF Conan Gray is but that was top 5 worst national anthem renditions I’ve ever heard,’ wrote Patrick Sheldon.

Zachary Krueger called for ‘a Congressional Committee that looks into who chose the singer for the National Anthem at the Home Run Derby’ while commentator Darren Rovell tweeted, ‘There are so many great singers in this country, it’s nearly impossible to have that bad of a national anthem.’

‘1.) Who is Conan Gray? 2.) He may very well be the worst national anthem singer of all time. Good lord,’ added Matt Williams.

‘Bro, I think Conan Gray is tone deaf. That national anthem was as bad as Fergie’s,’ tweeted Jake Riegel. 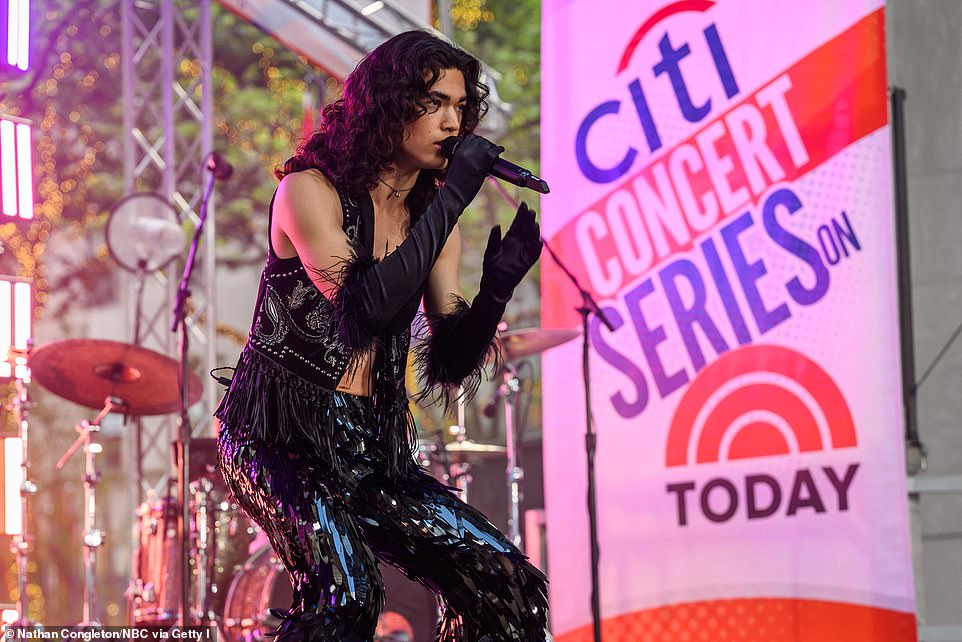 However, Gray’s fans leapt to his defence on social media, pointing out the tune ‘wasn’t even his style of singing’, claiming the performance was a ‘set-up’ meant to make him look bad, and repeating their belief that he ‘in fact CAN sing’.

Once the spectators had made it through the anthem, they saw Washington Nationals star Juan Soto take out the derby for the first time, beating Seattle Mariners rookie Julio Rodriguez to become the second-youngest winner of the event.