A majority of Democrats say they want a new leader to run for election in 2024, in a further sign that Joe Biden could end up becoming a one-term president.

Only 35% of Democrats and Democratic-leaning independents want to see Biden stick around while the poll suggests the majority, 56%, would like to see the Democratic party choose someone else.

The findings were revealed by  a new ABC News/Washington Post poll, as speculation mounts that the 79 year-old president – the eldest in American history – will be too old to remain in office.

The lack of fervor for President Biden is not because Democrats think Biden is doing a terrible job.

Only 35% of Democrats and Democratic-leaning independents want to see Biden stick around while the poll suggests the majority, 56%, would like to see the Democratic party choose someone else

In fact, the President’s overall approval rating across Americans of all political affiliations increased from 36 percent in July to 43 percent in September.

On the other side of the aisle, Republicans seem to have have more excitement for Trump to run again than Democratic voters feel for Biden, although there was bad news for the 45th president too.

The figures suggest Republicans and GOP-leaning independents, are completely split on whether Donald Trump should make a third run at the White House.

The poll suggests GOP voters are split 47%-46% on Trump to the nominee.

That level of support sits 20 points lower than when he was nominated in 2020, as Florida Governor Ron DeSantis is touted as a new challenger for the role.

The figures appear to show that voters from all ideologies want to see fresh faces enter politics. 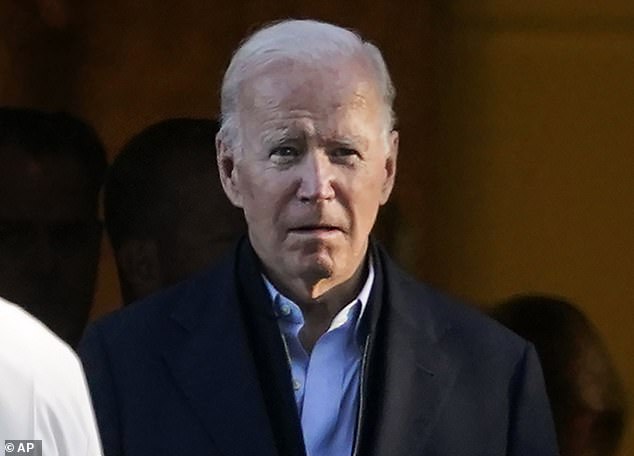 Last weekend, Biden would not commit to running for re-election in 2024, though he told CBS News that is ‘the current plan’

The poll also calculated a 2024 presidential election that would essentially be a repeat of the 2020 vote.

In the hypothetical match-up between the same two contenders, Biden would have the support of 48 per cent of the poll respondents, while Trump would get 46 per cent – in effect, ‘too close to call’.

Among registered voters, the result flips, with 48 per cent opting for Trump, and 46 per cent deciding to go for Biden.

Trump is still the favored candidate to run in this poll despite 52 per cent of Americans saying he should be charged with a crime in any number of federal investigations that he is now facing.

If Trump does not run, a decision the former president is likely to delay for as long as possible, there are inklings that Florida’s Governor Ron DeSantis could edge his name onto the GOP’s ticket.

DeSantis, a pugnacious governor has used the power of his office to rise to national prominence by shunning COVID-19 lockdowns, mocking Biden’s age and abilities, penalizing Disney World for opposing a new state law limiting discussion of LGBTQ issues in schools, and recently flying Venezuelan immigrants from Texas to Martha’s Vineyard. 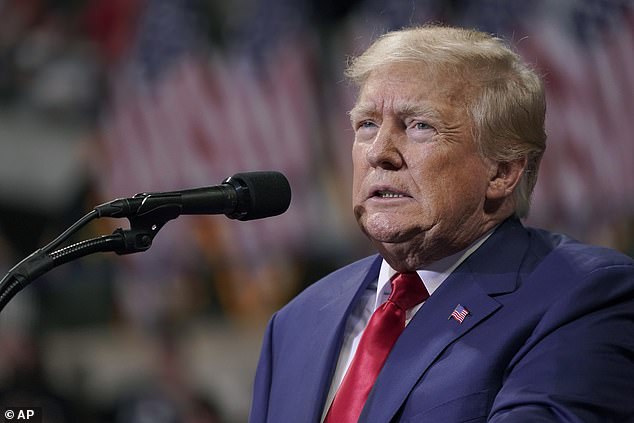 Biden has held political events in Democratic strongholds like Maryland and New York in recent weeks.

And before the appearance of Tropical Storm Ian, he had planned to visit Florida in a grassroots rally in Orlando to show how he may build the case for his reelection.

While former president Donald Trump has long been considered the Republican frontrunner in 2024, recent polls show DeSantis higher in Florida.

Control of the Senate is up for grabs in November’s Midterms. But Republicans are favored by nonpartisan election analysts to erase Democrats’ 221-212 House majority.

Doing so would give them the power to block Biden’s legislative agenda and to launch potentially politically damaging investigations into his administration.

But Democrats’ fortunes have improved in recent weeks. A national Reuters/Ipsos poll concluded on September 12 found that 37% of Americans would prefer to vote for a Democratic congressional candidate, with 34% preferring Republicans and 15% still undecided.

The end of Roe v. Wade has galvanized support for pro-choice Democrats. Biden’s war efforts in Ukraine appear to be paying off, and inflation has softened slightly – although price increases still remain excruciatingly high.

Democrats in close contests in the are still outperforming Biden in polls, and some have expressed concern that appearing with the president will make their elections a referendum on his popularity.

Last weekend, Biden would not commit to running for re-election in 2024, though he told CBS News that is the current plan.

‘My intention, as I said to begin with, is that I would run again,’ he said. ‘But it’s just an intention. But is it a firm decision that I run again? That remains to be seen.’

On Saturday, Newsom denied plans to run for president in 2024 or 2028, although few would be surprised if he changed his mind. 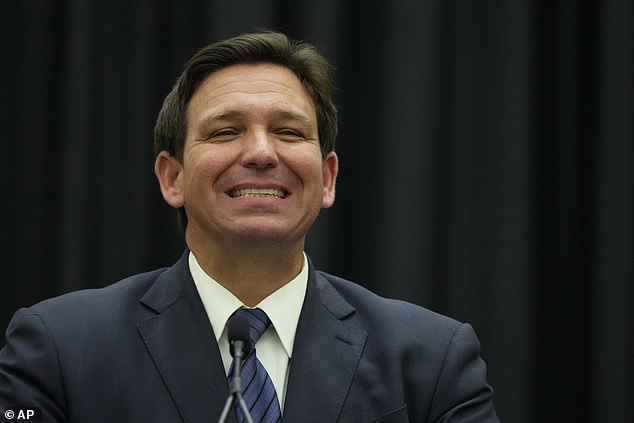 While former president Donald Trump has long been considered the Republican frontrunner in 2024, recent polls show DeSantis higher in Florida

On Friday, Republicans unveiled a sales pitch for governing packed with promises — but light on specifics — on a checklist of hot-button issues from crime to immigration and the economy, as they seek a path back to power in the midterm elections.

With just over 40 days to go until the nationwide polls that decide who controls Congress, the ‘Commitment to America’ marks the party’s first attempt to formally shape a concrete policy agenda beyond simply hammering President Joe Biden.

Biden, meanwhile, has dismissed the ‘Commitment to America’ as a ‘thin series of policy goals with little detail’ that illustrated the hold of the MAGA movement on Republicans.

The president has sought to keep abortion top of the agenda as he vowed to sign nationwide protections into law in the event of big Democratic gains in Congress.

‘Americans can choose,’ the president told a gathering of the largest US teachers’ union in Washington. Abortion, guns and health care, are all ‘on the ballot’ in November, he said.