Local politicians in Russia who dared call for Vladimir Putin to be charged with treason and forced out of office were today summoned for police interrogations.

The councillors in Smolninskoye, a district of St Petersburg, could face fines or even jail under draconian laws which punish criticism of the armed forces and the Russian authorities.

They had complained that Putin’s war with Ukraine was leading to young soldiers dying or being maimed, and causing huge economic and political damage to Russia.

The politicians say they petitioned the Russia parliament to find Putin guilty of ‘high treason’ and to oust him.

One of those summoned by police, Nikita Yuferev, 34, said he and six other councillors had been told to appear for questioning.

Another councillor Dmitry Palyuga, 35, had said Putin’s war ‘harms the security of Russia and its citizens’.

The anti-war councillors claimed they had a quorum at a special session.

But Grigory Rankov, head of the Smolninskoye administration, claimed today that the group acted illegally in petitioning the state duma, the lower house of the Russian parliament.

The demand to charge Putin was a ‘provocation’ and an ‘attempt to discredit’ the council, he said.

The councillors attended the police station today, represented by a lawyer.

It was not immediately clear what action would be taken against them.

‘We want to show people that there are [democratic representatives] who don’t agree with the current course and think Putin is harming Russia,’ said Palyuga.

‘We want to show people that we are not afraid to talk about it.’

Among others calling Putin a ‘traitor’ were Radislav Poluykov and Dmitry Baltrukov. 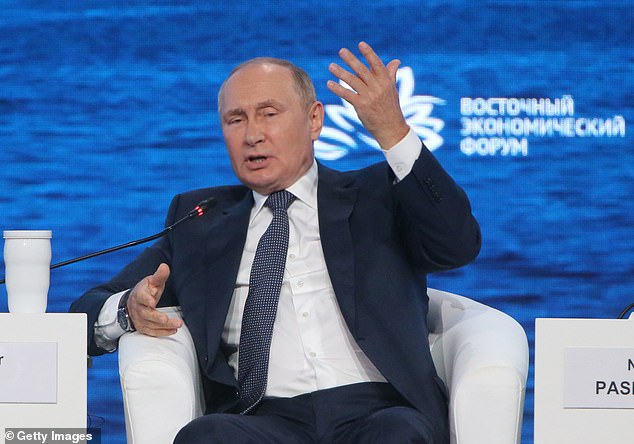 The group of councillors in Smolninskoye, a municipality in St Petersburg where Putin (pictured Wednesday) was born, made the extraordinary appeal to the Russian parliament yesterday. Today, it was reported that they were called in by police for interrogation

Since Putin launched his invasion of Ukraine six months ago, his forces have suffered heavy losses in men and equipment while being fought to a virtual standstill after occupying around a fifth of the country.

Precision strikes conducted by Ukrainian forces using high-tech Western weapons are undermining Russia’s ability to fight and Moscow is turning to outdated arms as its stocks of more modern gear run down.

And on Friday, swiftly advancing Ukrainian troops were bearing down on the main railway supplying Vladimir Putin’s forces in the east, after the sudden collapse of a section of Moscow’s front-line – caused the most dramatic shift in the war’s momentum since its early weeks.

Yesterday, Ukrainian President Volodymyr Zelensky spoke of ‘good news’ on the battlefields of eastern Ukraine, saying his army had retaken some towns and villages from Russia – and as much as 385 square miles of territory.

‘One of the Russian president’s declared goals is to demilitarise Ukraine, and we see exactly the opposite happening,’ Palyuga told The Insider this week, before he and his fellow councillors were summoned for interrogation. 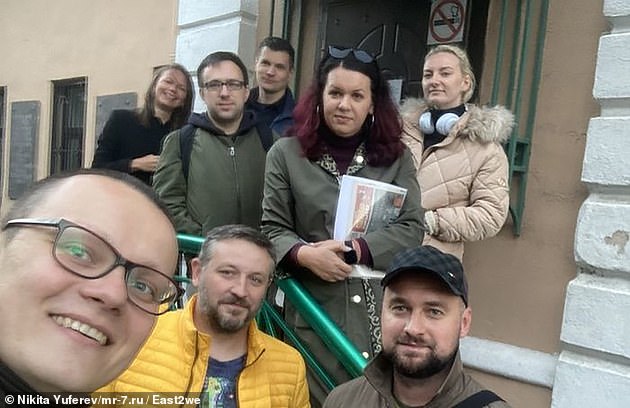 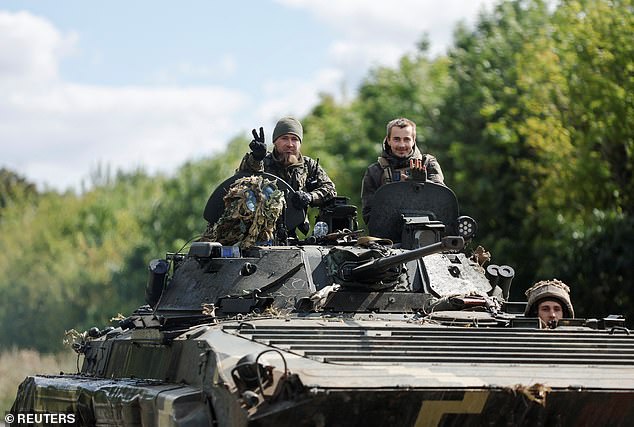 ‘Not that we fully support the goals declared by President Putin, but simply within his own rhetoric he is damaging the security of the Russian Federation.

‘We want to show people that there are [democratic representatives] who don’t agree with the current course and think Putin is harming Russia.

‘We want to show people that we are not afraid to talk about it.’

The local politicians understand their demand has no hope of success in the State Duma, the lower house of parliament which Putin’s stooges control.

Despite this they went ahead with the demand. ‘It is very important to show that there are people who do not agree [with the war],’ said Yuferev. ‘We are in Russia, and there are quite a significant number of us,’ he said.

The treason demand against Putin was pushed through by ten councillors who attended out of 20, enough for a quorum.

The voting was seven for with three abstentions.

The councillors’ demand for Putin to face treason charges for his war in Ukraine is a rare case of open opposition to the war. Those who have criticized Putin’s invasion have often died in mysterious circumstances, or risk 15 years in prison.

Last week, the chairman of a Russian oil company that Putin’s invasion of Ukraine was found dead in suspicious circumstances after he plunged from a sixth floor window at a Moscow hospital.

Ravil Maganov, 67, chairman of Russian oil giant Lukoil, died on the spot after falling from a window on the sixth floor of the Central Clinical Hospital in Moscow at around 7.30am local time on 1 September. 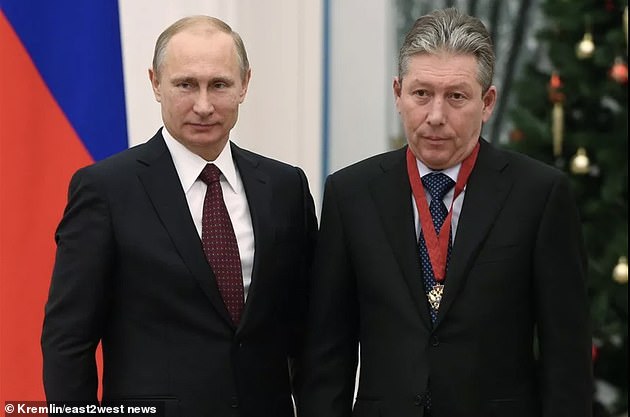 Ravil Maganov, 67, (pictured with Putin after receiving a medal) chairman of Russian oil giant LUKOIL, died on the spot after falling from a window on the 6th floor of the Central Clinical Hospital in Moscow at around 7.30am local time on 1 September

Russian state media quickly said his death was a suicide but law enforcement sources said there was no suicide note and there were no CCTV cameras on the section of the building where Maganov fell.

Lukoil, of which Maganov was chairman, was one of the few major Russian companies to call for the end of fighting in Ukraine after Moscow invaded.

In a statement in the days after the invasion, the Lukoil board called for an ‘immediate’ end to the fighting, expressing its sympathy to those affected by the ‘tragedy’.

And seven months later, Maganov has been found dead after falling from the hospital window.

His death is the latest of a number of top Russian officials who have died in suspicious circumstances in recent months – with many mysteriously falling out of windows.

Maganov is also now among a series of Russian energy tycoons killed in suspicious circumstances.

In May, billionaire Alexander Subbotin, 43, a former top executive with energy giant Lukoil, was found dead under mysterious circumstances.

The oligarch, who owned a lucrative shipping company, was reportedly treated with toad venom – put into an incision that had been made in his skin.

Soon afterwards, Subbotin had a heart attack and was given a tranquilliser from the herb valerian.