Your religious and political views, address and ‘Interest in’ field are set to disappear from your Facebook page on December 1.

Users who have the fields filled in should see a notification at the top of their profile in the Facebook app, notifying them of the update and that they can also download a copy of their page before the information disappears.

While these fields have long been part of the social media platform, Facebook is the only one that offers such details.

The change may also be part of the many privacy issues Meta has faced, forcing users to be more selective of what they share on their pages.

A notification appeared in the app for some Facebook users. It is located on the profile page and tells them some information will disappear on December 1 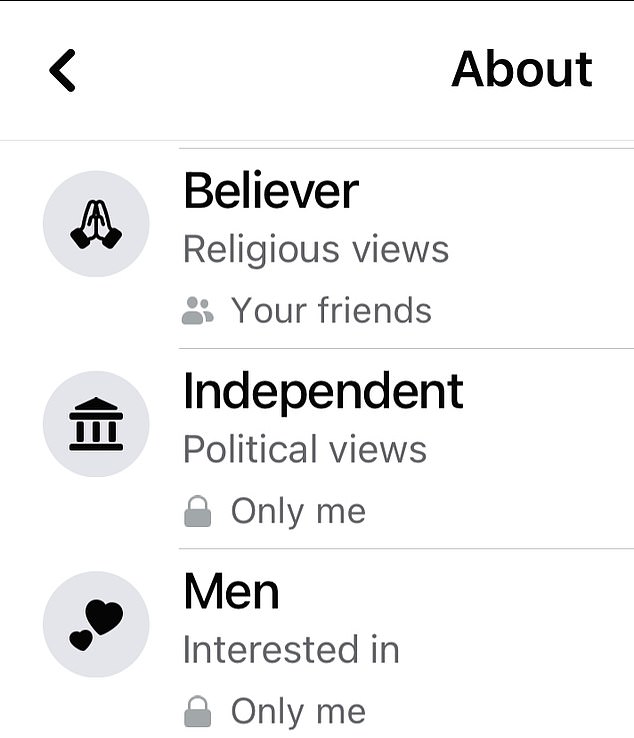 This information, located in ‘About,’ includes religious views, political views, ‘Interested in’ and address

The update was first spotted by well-known social media consultant Matt Navarra who shared a screenshot of the notification on his Twitter account.

A Meta spokesperson told TechCrunch: ‘As part of our efforts to make Facebook easier to navigate and use, we’re removing a handful of profile fields: Interested In, Religious Views, Political Views, and Address.

‘We’re sending notifications to people who have these fields filled out, letting them know these fields will be removed.

The notification states that these fields are the only options being deleted, and all other information will stay.

The fields may have been helpful in the early days of Facebook when it was one of the only, if not the only, major social media network. 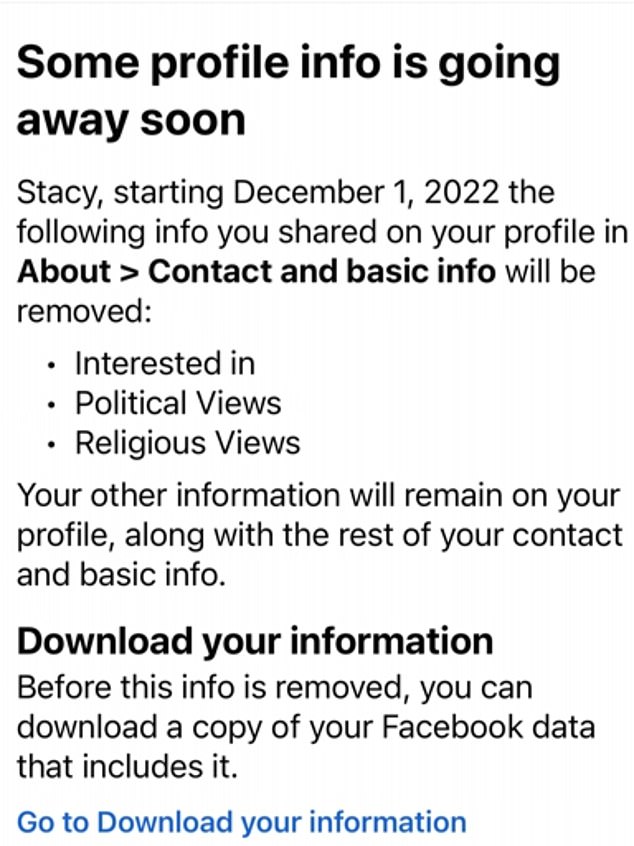 The information can be downloaded before it disappears. The fields may have been helpful in the early days of Facebook when it was one of the only, if not the only, major social media network

However, the world is overflowing with similar platforms, allowing only a short biography.

Although Meta has not given a firm answer to why the decision was made, it was likely because people are just not using the fields – whether it is over privacy concerns or just an afterthought.

Meta is not just overhauling Facebook, but it has completely reworked its workface – CEO Mark Zuckerberg sent a ‘you’re laid off’ email to 11,000 employees on November 9.

The CEO admitted that he ‘got it wrong’ in the message and he ‘takes responsibility’ for the problems which caused him to make the cuts – which make up 13 percent of Meta’s workforce.

It is the first time in Meta’s 18-year history that they have made major layoffs, which follow redundancies at other major tech companies, including Twitter and Microsoft Corp. 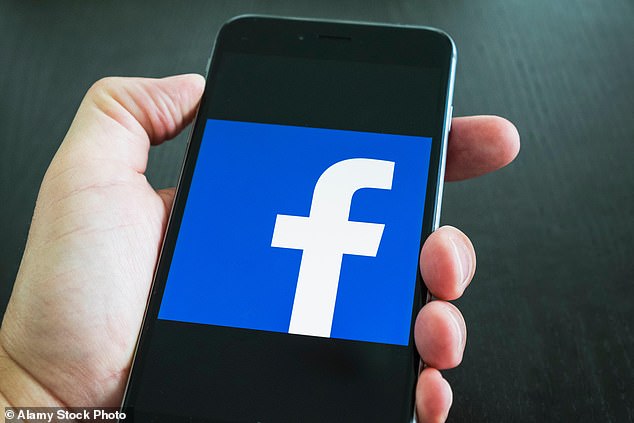 The fields may have been helpful in the early days of Facebook when it was one of the only, if not the only, major social media network

Taking a page out from Twitter CEO Elon Musk’s book, Zuckerberg sent an early morning email to all employees, letting them know the company had lost two-thirds of its value.

He said: ‘Not only has online commerce returned to prior trends, but the macroeconomic downturn, increased competition, and ads signal loss have caused our revenue to be much lower than I’d expected.

‘I got this wrong, and I take responsibility for that.’

He also said the company was overstaffed because he was overly optimistic about its growth.

Zuckerberg stressed that the company would shift resources to ‘high priority growth areas such as its AI discovery engine, ads and business platforms, and metaverse project.