Police are searching a property in a picturesque Warwickshire village for the body of a murdered businessman who disappeared in 2009.

Father-of-three Jesse Richards, 40, was killed in a ‘merciless and sustained’ attack in Evesham, Worcestershire, by a gang of armed thugs over a £1 million drugs debt.

The ‘passive family man’ was said to have begged for his life before he was brutally assaulted with a range of weapons, including a pickaxe, and bundled into a van.

Five men were jailed over his death in 2012 for a total of 58 years at Birmingham Crown Court.

Detectives believe his body, which has never been found, was taken to Warwickshire and disposed of. Now, officers from West Mercia Police said they were searching an address in Smorral Lane, Corley, as part of the investigation into Mr Richards’ death.

Aerial view of a property on Smorral Lane in Corley, Warwickshire, where police are conducting a search as part of the ongoing investigation into the death of Jesse Richards 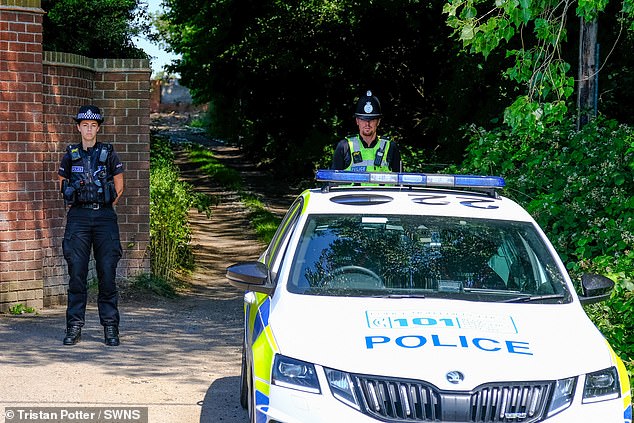 The entrance to a property on Smorral Lane in Corley, Warwickshire where police are conducting a search today

‘I would like to take this opportunity to again appeal to members of the public who may have information that could assist us in our search for Jesse.’ 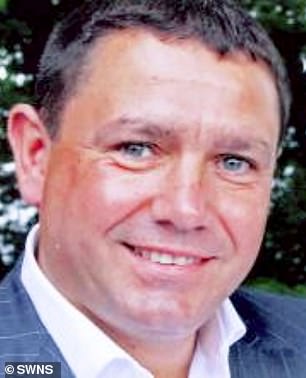 Father-of-three Jesse Richards, 40, was killed in a ‘merciless and sustained’ attack

Farmland in the remote village was combed in 2018 but there has been no trace of his body so far despite a £10,000 reward being offered for any vital information.

A court heard previously how Mr Richards was heard by witnesses saying ‘please no’ before he was viciously attacked by a group ‘acting like football hooligans’.

They beat Mr Richards, of Gloucester, with a variety of weapons until his body went limp before bundling his body into the back of a van.

His mother Lucy Richards spoke last year of the heartbreak at being unable to lay her son’s body to rest on the 10 year anniversary of his death.

She said: ‘Jesse would be 50 years old now and, although I know nothing will bring my son back to me, I appeal to the public and ask they put themselves in my shoes and please get in touch with police if you have any information at all.

‘My son was taken from me in the most violent way and, ten years on, I have still not been able to lay his body to rest.

‘I don’t know where he is and the pain of not being able to visit his resting place is too much to bear.’ 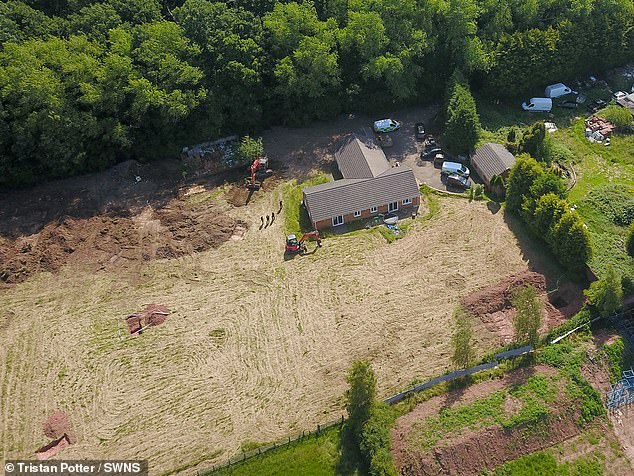 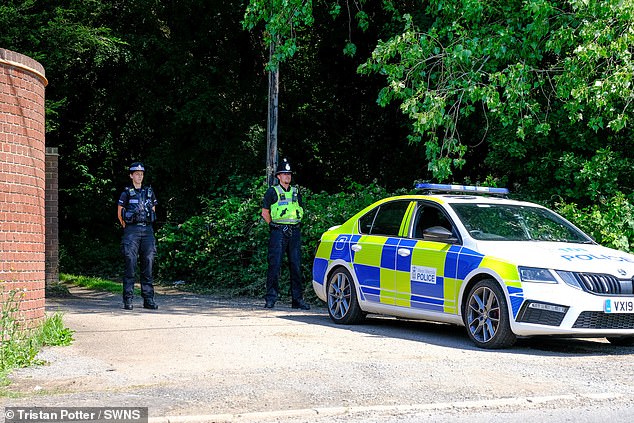 Farmland in the remote village was combed in 2018 but there has been no trace of his body so far despite a £10,000 reward being offered for any vital information (pictured: The entrance of the property in Corley today)

She also said at the time of his death: ‘My life will never be the same, as you may expect and my sadness drives me to search for Jesse on a daily basis.

‘I know most of these men have children and families and ask them to put themselves in my shoes and give Jesse back so I may say goodbye.

‘I ask them to imagine if their daughter or son was to be taken how would they feel not to see, hug or kiss them again or say goodnight.

‘I would get on my hands and knees and beg for Jesse back if it would make any difference.

‘Those that know me would say that I am a very proud lady but I would stand by my words to have my son back.’ 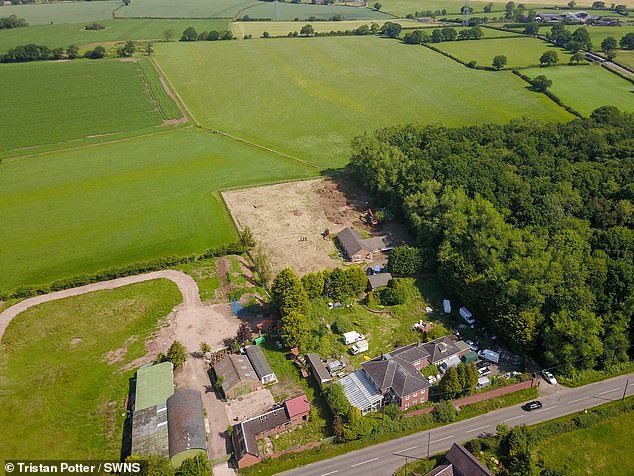 Five men were jailed over his death in 2012. Farmland in the remote village was combed in 2018 but there has been no trace of his body so far despite a £10,000 reward being offered for any vital information

Former boxing promoter Kevin Houston, 50, Matthew Taylor, 29, and James Doe, 38, all from Coventry, were all jailed for manslaughter.

David Butler, 26, from Slough, admitted obstructing a coroner while Joseph Doe, 37, of Essex, pleaded guilty to assisting an offender.

After the group were jailed, Detective Chief Inspector Mark Loader, who led the investigation, said: ‘This was a brutal attack on an unarmed, passive, family man over a drugs debt.

‘We are pleased these men have been convicted of this terrible crime but it is not a day for celebration.

‘We still need to find Jesse’s body and his family cannot have a funeral and lay him to rest until we do.’