Police search for missing teenager, 14, who may have suffered head injury after falling off his bike in Northern Ireland

By James Ayles For Mailonline

Police are urgently seeking a missing teenager thought to be from south Belfast who may have injured his head while falling off his bicycle in Northern Ireland.

Noah Donohoe, 14, was last seen in the Shore Road area of north Belfast at the weekend.

There was a potential sighting on Sunday evening where an eyewitness saw a boy matching Donohoe’s description fall off his bike before abandoning his clothing.

Police are searching for missing teenager Noah Donohoe, 14, thought to be from south Belfast

A PSNI statement said: ‘An eyewitness believes they saw a young male matching Noah’s description fall off his bicycle on Sunday evening, possibly sustaining a head injury, in the vicinity of North Queen Street/York Street, but we do not know the specific time.

‘We believe Noah got back on his bicycle, cycling into Northwood Road where he then abandons all his clothing, as he is seen a short time later cycling while naked. We believe Noah then dropped his bicycle and left the area on foot.’ 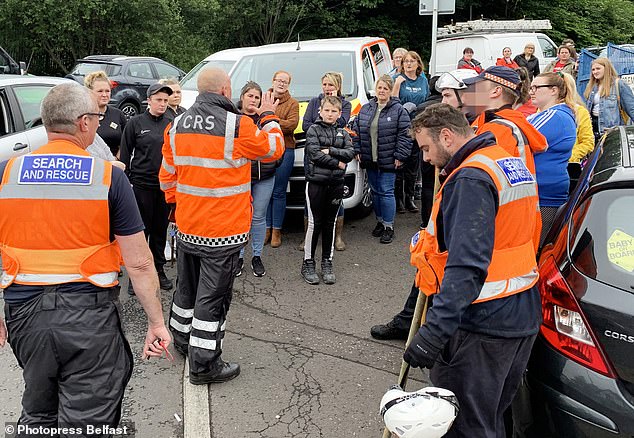 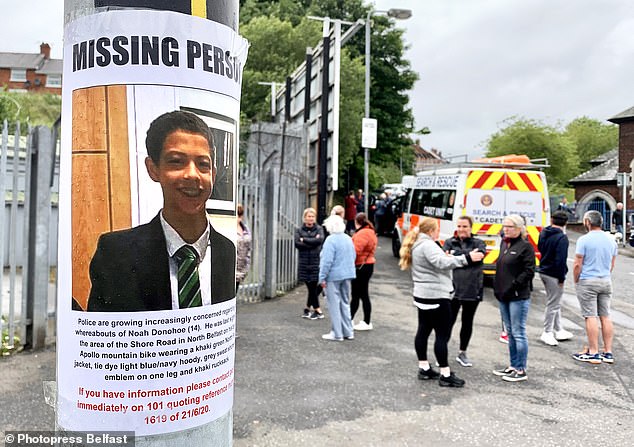 He was on a black Apollo mountain bike wearing a khaki green North Face jacket, a tie-dye light blue/navy hoody, grey sweat shorts with an emblem on one leg and a khaki rucksack.

The statement said: ‘Noah’s family and police are very concerned for Noah as this is completely out of character.’

A PSNI spokesman added: ‘If you have any information, please contact police immediately on 101 quoting reference number 1619 of 21/06/20.’