‘This is private property NOT a parking space’: Police return to their car after serious assault to find note berating officers for blocking driveway

Police were left stunned by a rude note left on one of seven police cars dealing with a major incident in Shropshire.

Seven police cars attended the scene along with West Midlands Ambulance Service and an air ambulance.

West Mercia Police were called to a major disturbance in Sutton Hill, Telford, last night but when they returned to their car there was a disgruntled note from a resident under the windscreen wiper

When police returned to their car, they saw a note under the windscreen wiper from a resident.

It read: ‘This is private property NOT a parking space!!’

Telford Police shared a photo of the note left on the car last night on Twitter and said: ‘While dealing with a serious incident along with @OFFICIALWMAS we found this sign left on 1 of the 7 police cars at the scene. 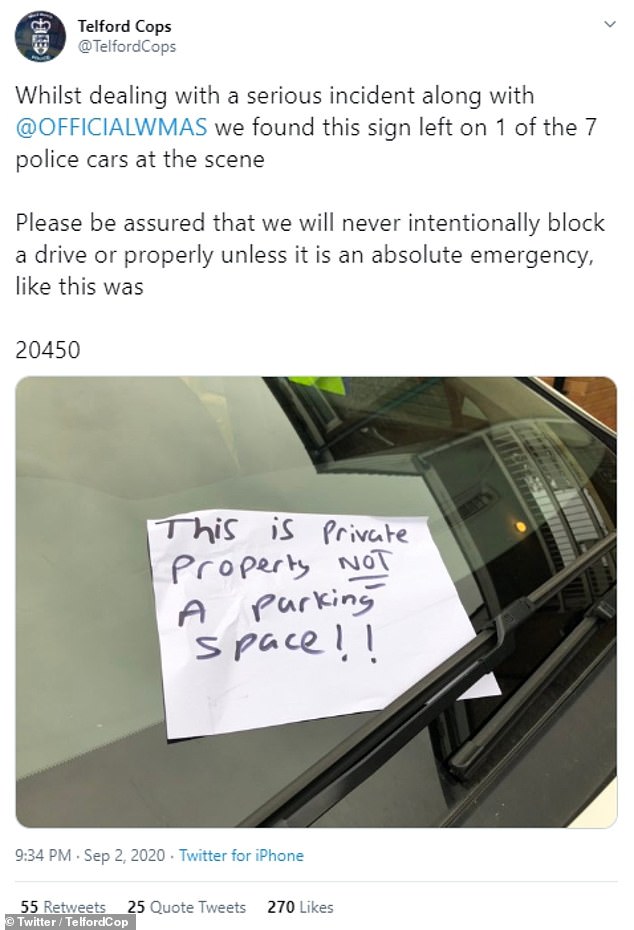 @TelfordCops shared a picture of the note on Twitter last night, explaining they would never intentionally block a drive unless it’s an absolute emergency

‘Please be assured that we will never intentionally block a drive or property unless it is an absolute emergency, like this was.’

In response to another user, they added: ‘Air ambulance was in attendance as well, very much a serious incident.

In a statement, West Mercia Police said: ‘Police were called to Sutton Hill in Telford at around 6.15pm yesterday (Wednesday 2 September) after a man suffered serious injuries to his neck.

‘He was taken to Royal Stoke Hospital by air ambulance where he remains in a stable condition.

‘Officers arrested three men on suspicion of assault but are still investigating the circumstances which lead to the man’s injury.’ 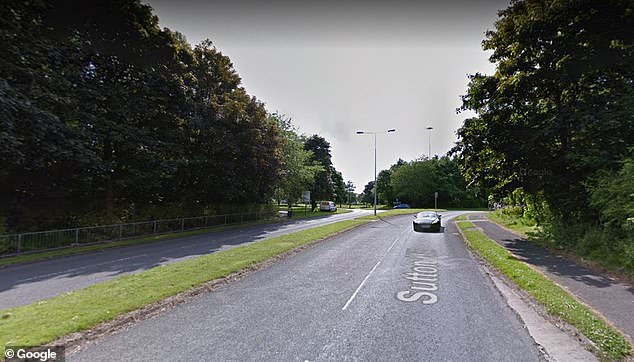 Police were called to Sutton Hill, Telford, after reports of a man who suffered serious injuries to his neck (file photo)