Scotland Yard has reopened the case of an Australian woman who was kidnapped and murdered in Britain more than 50 years ago after the convicted killer confessed to where she was buried.

Metropolitan Police officers are investigating the location of Muriel McKay’s remains after Nizamodeen Hosein made the startling admission to her family last month.

Miss McKay, who was 55 at the time, was the victim of a bungled abduction by Nizamodeen Hosein and his older brother Arthur Hosein after they mistook her for the wife of media tycoon Rupert Murdoch.

The brothers, who had demanded £1million for Miss McKay’s return, denied killing her during their trial in 1970. However, they were sentenced to life imprisonment in one of Britain’s first convictions for murder without a body.

Nizmodeen, now 75, has now insisted that no violence was used against Miss McKay when they took her from her home in Wimbledon, south London on December 29, 1969.

The convicted killer has told her family that she collapsed and died while watching a TV news report with him about her kidnapping.

Muriel McKay was kidnapped from her Wimbledon home on December 29, 1969 after she was mistaken for Anna Murdoch, the 25-year-old wife of media tycoon Rupert, and later died 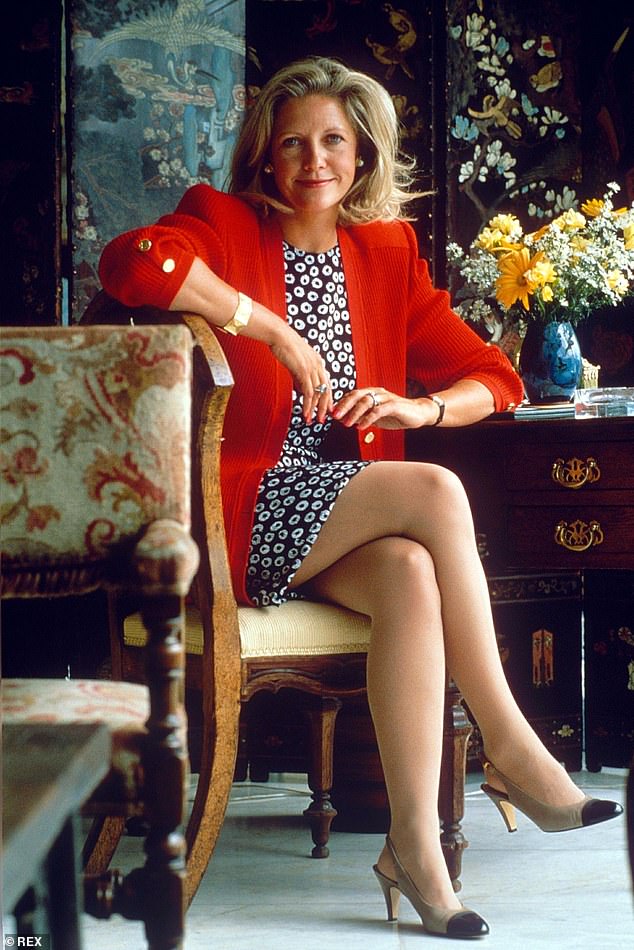 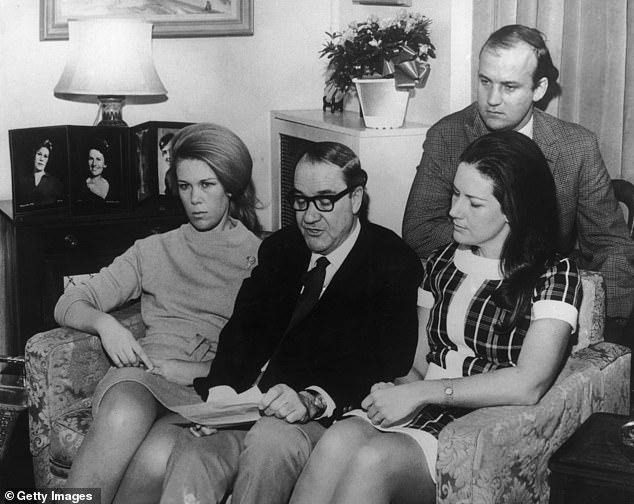 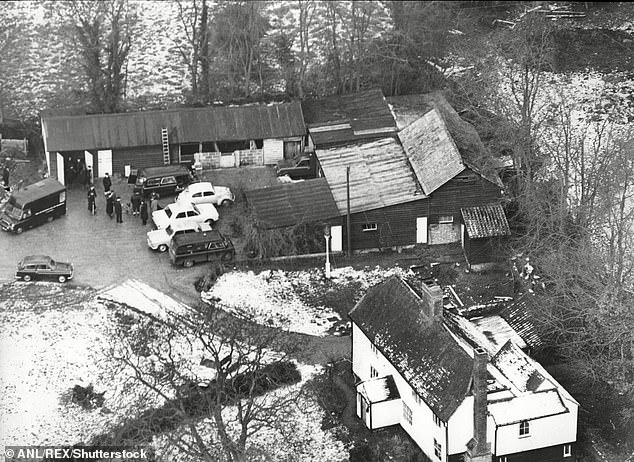 Nizmodeen Hosein protested he had not killed McKay, maintaining instead that she had collapsed and later died from a heart attack while sitting downstairs in the farmhouse (pictured)

A Scotland Yard spokesman told MailOnline: ‘The Met were contacted in December 2021 by the family of Muriel McKay regarding information they had obtained in relation to her murder.

‘Officers from the Met’s Specialist Crime Command have met with the family and are in the process of reviewing all the material.’

According to The Times,  detectives travelled today to the National Archives in Kew to retrieve the original case files.

Nizamodeen claimed no violence was used during the abduction. He said Mrs McCay dropped dead when she watched a news report on the kidnapping.

He and his brother demanded £1 million for the safe return of Mrs McCay.

The pair were sentenced to life imprisonment following a trial in 1970. The brothers were among the first people to be convicted of murder despite the absence of a body.

Nisamadoeen has informed the family that Mrs McCay’s remains have been buried on an 11-acre Hertfordshire farm.

The Times reported that the farm’s current owners have not allowed the family to deploy specialist ground penetrating radar at the site.

Depending on the evidence, the Met Police may decide to launch a search for Mrs McCay’s remains. 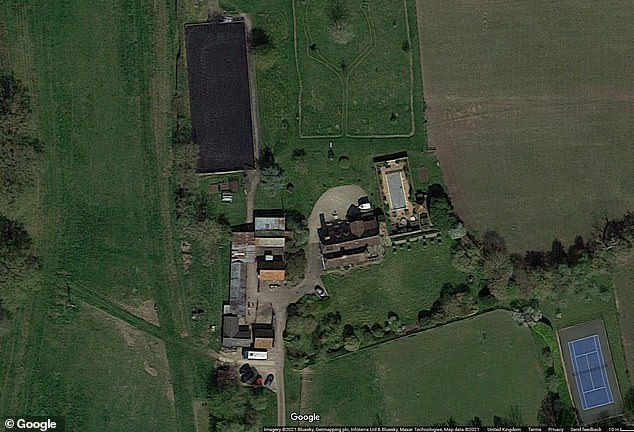 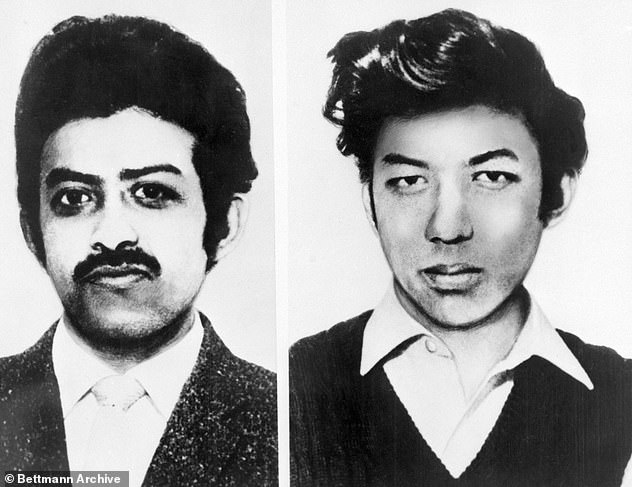 Her daughter Dianne McCay said: ‘We’re pleased the police are taking it seriously. We have worked hard for the last few months to get this far and we just want to get on with it.

‘It’s very frustrating because we’ve talked about nothing else, and now Nizam told us where he buried my mother and now we have to stop and wait. It’s very difficult.

‘Christmas was painful because that was when she was taken. The whole of Christmas and new year period is always extremely sensitive for us as it is the anniversary of the last time we saw each other plus the horror of what happened next.’

Mrs McCay’s daughter said there are certain protocols which need to be followed although the use of the ground penetrating radar is quite simple.

Nizmodeen, 75, has now revealed the site where McKay was buried to a lawyer representing her family putting police under pressure to excavate the site in a bid to find her remains.

He also claimed McKay died from a heart attack while watching a news report of her kidnapping two days after the 40-day ransom ordeal began.

He made the confession after being tracked down in Trinidad by documentary makers covering the story in August this year, despite maintaining his innocence.

The pair claimed they were innocent but Arthur’s fingerprints were found on the ransom notes and a notebook filled with the same paper that Muriel’s letters were written on were discovered at the site.

Nizmodeen told Matthew Gayle, a British barrister in Trinidad hired by the family, that he wanted ‘closure’ before he died and so would reveal the location of McKay’s body. 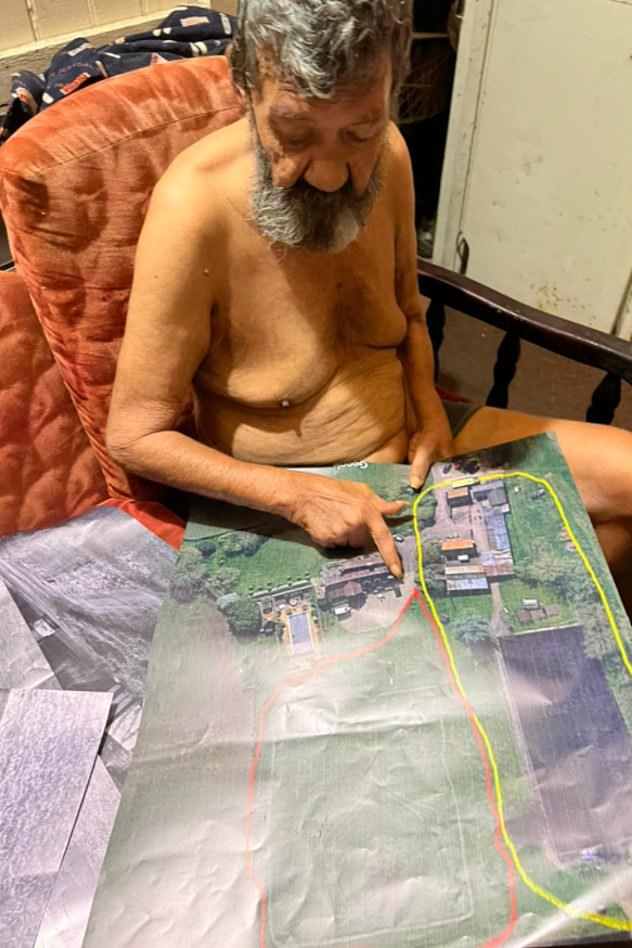 Nizmodeen (above), 75, has now revealed the site where McKay was buried to a lawyer representing her family

‘Next to the barbed wire fence, about three foot [from the fence].’

Muriel was kidnapped after the brothers tailed a chauffeured Rolls Royce belonging to Murdoch that was on loan to her husband Alick McKay.

She was abducted in the brothers’ Volvo and taken to Rooks Farm, where they lived with Arthur’s wife and children, who were on holiday at the time.

Newspaper executive McKay returned home to find the telephone ripped off the wall, the contents of his wife’s handbag strewn over the hall.

He later received a call from a man demanding £1 million — equivalent to £20 million today — if Muriel was to be returned alive, sparking the UK’s first high-profile, kidnap-for-ransom case.

Over the 40-day ordeal the brothers, who claimed to be a mafia group called M3, sent three letters and made 18 further calls demanding the money.

They also sent McKay’s husband five letters allegedly written by Muriel, including one in which she said she was cold and blindfolded, as proof of life.

Two attempts by police to deliver fake notes to the kidnappers failed but the second try led officers to Rook’s Farm, where Muriel was taken by the brothers.

Nizmodeen told the lawyer he was the only person who buried McKay, refusing to implicate his brother Arthur who was also convicted for her murder.

He also protested he had not killed McKay, maintaining instead that she had collapsed and later died from a heart attack while sitting downstairs in the farmhouse.

‘This will forever haunt me for the rest of my days,’ Nizmodeen said, adding he had fed ‘fried rice’ to McKay after kidnapping her. His brother Arthur died in prison in 2009.