Shocking moment police raid huge funeral wake with over 200 guests in breach of coronavirus regulations as hotel manager is fined £10,000

This is the shocking moment police raid a 200-strong funeral party for breaching coronavirus regulations – landing the hotel manager with a £10,000 fine.

Officers from West Midlands Police entered the grounds of the Castle Bromwich Hall Hotel in Solihull after receiving nine calls complaining about the mass gathering and loud music on September 25.

Police body-cam footage shows officers walking through a packed marquee before entering the reception area and demanding to speak to the hotel manager who was off-site.

The police force later said it was the first maximum fine they had issued since the new rules were implemented. 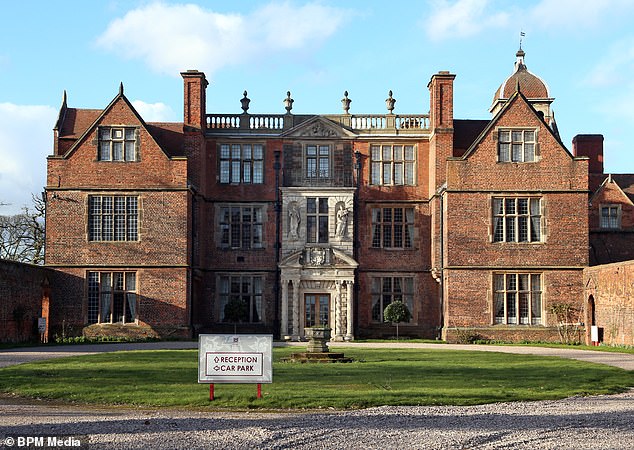 The venue has also been banned from holding events until January next year.

During the clip, officers make their way to the hotel reception and are told by members of staff that the licence holder is not on site.

One officer then tells staff: ‘Is he aware you’re just going to lose your licence as a business? With the numbers I don’t know whether he’s not listening or he doesn’t care or he’s not getting it.

‘Ultimately we’re not coming round and shouting at everyone, because it’s an issue that I need to have a chat with the business about, more than yourselves.’

The gathering was the latest in a number of events at the Solihull hotel which breached legislation, according to the force.

The manager had been previously warned about these breaches but events continued to be held with no measures in place for track and trace, social distancing or table service

The force asked for an immediate suspension of the hotel owner’s personal licence pending a full review.

This was granted by the licensing panel and a full hearing is due to take place later this month. 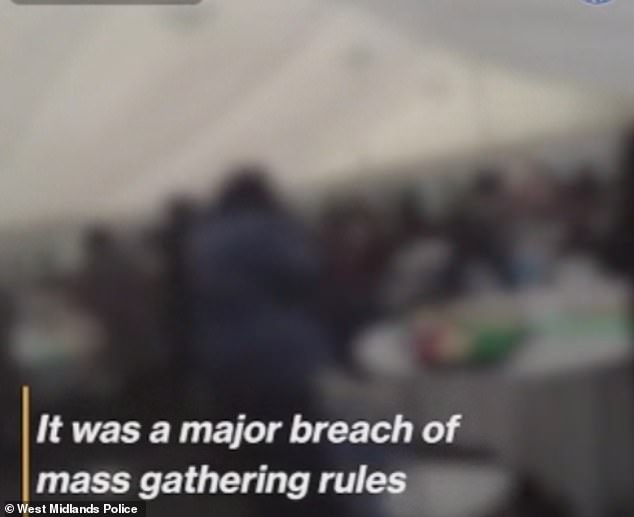 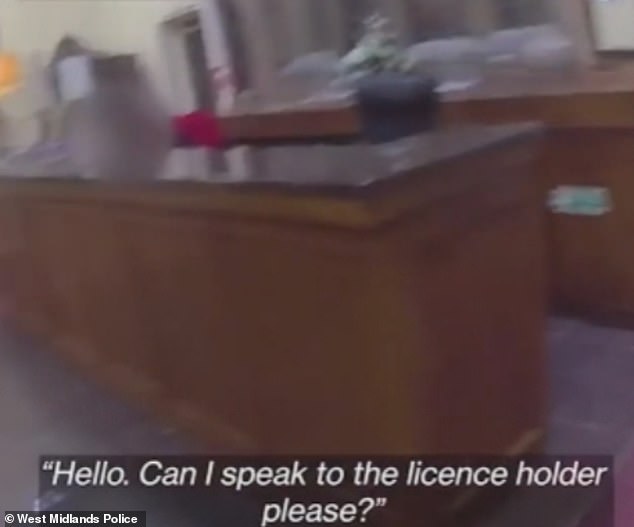 Temporary Assistant Chief Constable Claire Bell, who is leading the force’s response to coronavirus, said: ‘We are living in difficult times and we understand people want to celebrate the lives of loved ones who have passed however we must all play our part to follow the rules which are in place to help stop the spread of the virus and to keep everybody safe.

‘We engaged with all those at the funeral gathering and explained why they needed to leave which they duly did.

‘It is the hotel manager who has been penalised for repeatedly organising events that breach the Covid-19 legislation; his actions have blatantly disregarded measures to keep people safe in a pandemic.

‘Businesses have a responsibility not only to their customers and their staff but to the wider community and there must be consequences when COVID-19 guidance is simply ignored.’