Police officer, 38, lost job and climbed onto railway tracks to kill herself but ‘changed her mind’ after speaking to parents on phone – only to he hit and killed by 50mph train as they listened

PC Lianne Matthews, 38, (pictured) was killed by a train travelling 50mph near Caerphilly on February 3

A police officer who had been talked out of killing herself died after being hit by a train while her parents were still on the phone to her.

PC Lianne Matthews, 38, had climbed onto train tracks near Caerphilly on February 3 over fears she was about to lose her job.

The mother-of-three had been fined £1,000 and given a 20-month driving ban for drink-driving and being drunk in charge of a child.

However, after speaking with her parents on the phone, Mathews, based in Roath, Cardiff, ‘changed her mind’ and decided to return home to her children.

Still on the phone to Matthews, her parents heard the sound of an approaching train, an inquest in Newport heard.

In a statement read to the court, sister, Heather Holsgrove said: ‘Lianne called my mother and was on loudspeaker as my mother wanted my father to hear.

‘She was crying and said ‘do you know what it feels like not wanting to be here?’.’

The hearing was told Lianne was declared dead 20 minutes after the impact and investigating officer DC Dilwyn Lewis said Lianne’s position on the track was not consistent with someone attempting suicide.

He said: ‘If it was a deliberate act and it was intended then they would stand in front on the train facing away and the injuries would be more traumatic. 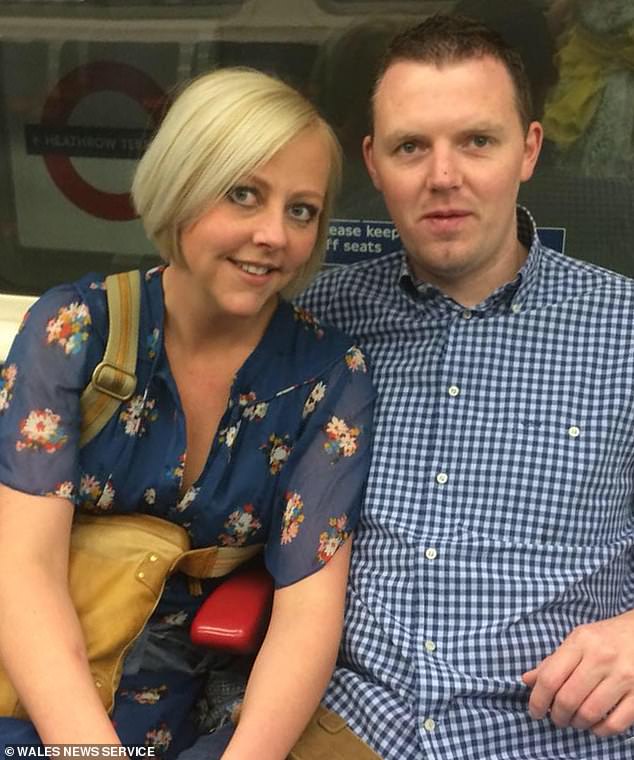 ‘I think Lianne at the time deliberately went onto the track but I think the contact with her mother caused her to change her mind and tried to get back up on the platform and then it was either mistiming or she was expecting the train to stop at the station.’

Andrew Lee had been driving the train and he said that he was travelling at 50mph and had been given the green light to pass through.

He said: ‘Suddenly I saw an image in front of me. I thought it was a young person with a backpack.

‘I tried to apply the emergency brakes but couldn’t stop in time and came to a stop a few hundred metres down the track.’

Matthews had joined the police in 2006 but was facing a police misconduct hearing for ‘discreditable conduct’. 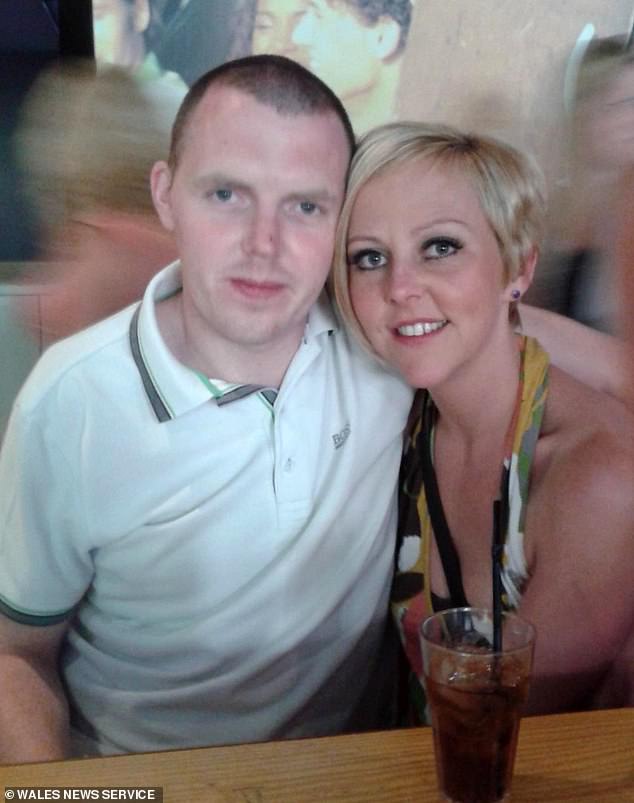 Her partner Geraint Higgins also serves as a detective in the same force.

Higgins told the inquest that Matthews had not intended on killing herself and a mixture of alcohol and anxiety had taken her down onto the tracks.

Assistant coroner for Gwent Sarah le Fevre said that Matthews had climbed onto the tracks around 7.10pm before being hit by the train and was declared dead at 7.30pm.

At the time of her death South Wales Police said: ‘The officer’s family are currently being supported by specially-trained officers and our thoughts remain very much with them, her friends and colleagues who are grieving at this time.

‘The officer’s death is being investigated by British Transport Police.

‘She had been due to appear before a misconduct hearing in March to answer an allegation of discreditable conduct, following a conviction at Merthyr Tydfil Magistrates’ Court on September 9.’