The wife of a police officer was told her husband was having an affair moments before he murdered his mistress, a court heard today.

PC Timothy Brehmer is accused of strangling nurse Clare Parry, a mother-of-two, in his car after she threatened to reveal their affair to his wife.

The trial at Salisbury Crown Court has heard that the pair had been having an extra-marital affair for more than 10 years.

Brehmer’s wife today revealed how she frantically phoned and called her husband fearing he had been in an accident when he failed to return to the family barbecue on May 9.

Martha Brehmer recalled waiting and worrying at home as her husband was allegedly murdering Mrs Parry in his car.

At 2.44pm he texted her saying ‘on my way, fastest speed possible’ but minutes later she received a text saying, ‘I’m cheating on you’.

The text was actually sent by Mrs Parry on the defendant’s phone in the minutes before she suffered her fatal injury, the court heard.

The 41-year-old Dorset Police officer had charmed a series of mistresses and was dubbed ‘Mr Smooth’ because he was a ‘professional at grooming them’, jurors heard. 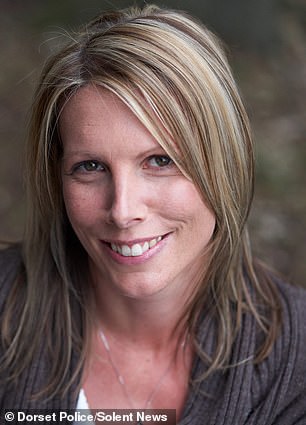 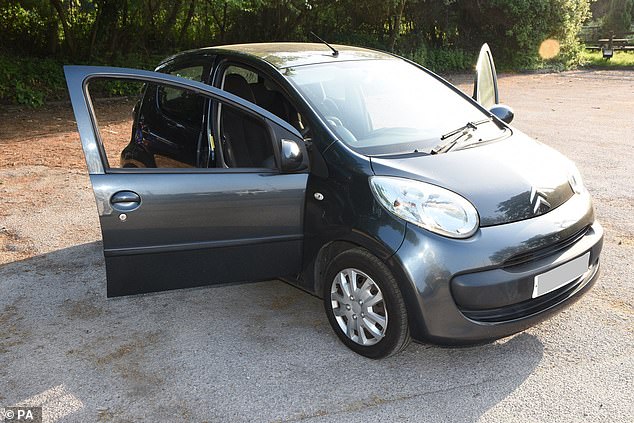 Mrs Brehmer, a detective with Dorset Police, believed her husband was out picking up some steak for their barbecue.

When officers arrived at the marital home, they told Mrs Brehmer her husband had been detained and was in hospital with injuries.

The ‘womaniser’ police officer also treated a female detective like a ‘piece of meat’ after seducing her, the court heard today.

Brehmer told each of his lovers, ‘you are the only one for me’ and showered them with song lyrics and sexualised messages to ‘suck them in’.

DC Kate Rhodes told jurors she ‘quickly fell in love with him’ when he charmed her at work but said she finished the relationship when she discovered he was married.

She said he later made her ‘feel like a piece of meat’ by texting her while she was on holiday with her husband, calling her a ‘dirty b***h’ and suggesting they meet for sex.

DC Rhodes said Brehmer, who she suspects had affairs with more emergency services workers, ‘is a groomer who has a tool kit he uses on every woman he encounters’.

The court heard DC Kate Rhodes felt she was subjected to a ‘witch hunt’ at work when her relationship with Brehmer became known.

Mrs Parry was ‘angry and upset’ with Brehmer, having discovered just days earlier that he previously had affairs with at least two other women, jurors heard.

It is alleged Brehmer killed Mrs Parry in his car outside the Horns Inn in West Parley, Dorset, where, after an argument, he strangled her with such force that he broke a bone in her neck.

Brehmer claims he was ‘simply robustly trying to get her out of the car’. 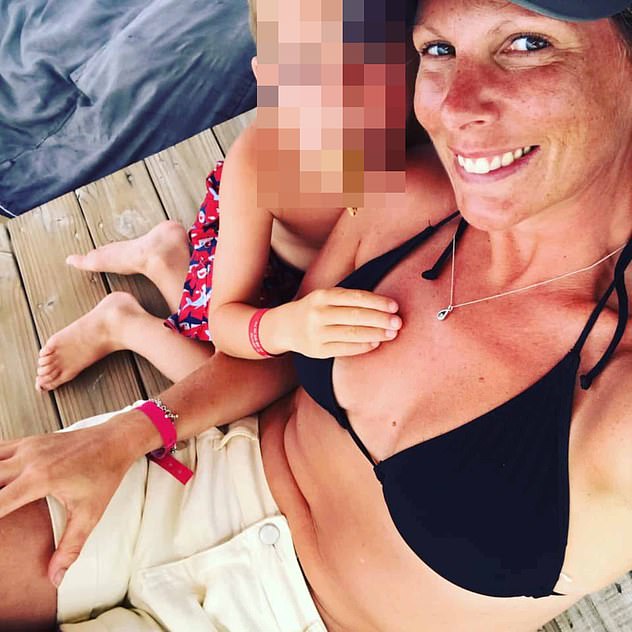 It is alleged Brehmer killed Mrs Parry (pictured) in his car outside the Horns Inn in West Parley, Dorset, where, after an argument, he strangled her with such force that he broke a bone in her neck

Today DC Rhodes told Salisbury Crown Court how she fell for Brehmer after meeting him in 2011.

She said: ‘The first thing that struck me was how professional he was with his dealings with the public. He was charming and very personable and charismatic.

‘I was attracted to him. I felt there was a mutual attraction and it developed. We engaged in sexual contact but not full intercourse. I quickly fell in love with Tim.

‘I found out from a conversation in the office that Tim was married to a detective. I was really upset, I thought we had a relationship that was about to start and I was looking forward to it. I broke it off but it was difficult.’

Around four years ago, Miss Rhodes received a message from Brehmer when she was holidaying with her then-husband.

She said: ‘It said something about being a ‘dirty b***h’ and how he would like to meet up again. I replied to explain how upset I was with my contact with Tim and how I felt like I was a piece of meat.’

In messages to Mrs Parry on Facebook before her death, Miss Rhodes dubbed him ‘Mr Smooth’, adding: ‘He’s intensely charismatic and a real charmer, I thought we had a future.’

Miss Rhodes said it was ‘cathartic hearing about his trademark ways and realising I was not his only victim’.

In their messages, Mrs Parry said she was ’embarking on a long and slow downfall of Mr Manw***e Brehmer’ and Miss Rhodes dubbed it ‘project downfall’. 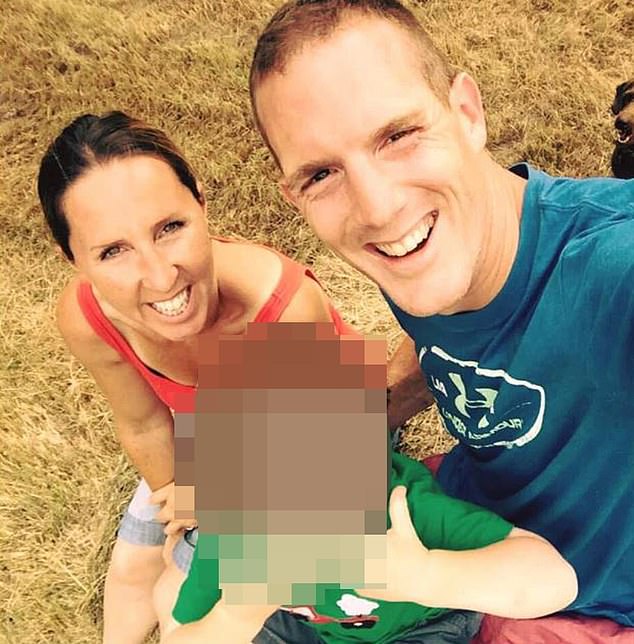 Jurors also heard from Mrs Parry’s widower, police officer Andrew Parry, about how he grew suspicious of his wife’s 10-year affair with Brehmer.

He found Valentine’s Day cards, Travelodge key cards, men’s rugby shirts under their bed, and even followed his 41-year-old wife, tracking her location with his daughter’s phone.

In a statement read to the court, Mr Parry said his wife and Brehmer had started a relationship before their marriage, when she worked in an A&E department.

In September 2011 Mr Parry discovered an email from his wife to Brehmer saying she ‘loved him like she had never loved anyone’. She deleted it and claimed it was old.

He later discovered ‘suspicious’ late night calls on their phone bill then followed her when she claimed she had to work overtime but saw her drive straight past the hospital.

Mr Parry said he continued to grow suspicious and, ‘had taken about as much as I could’ so finally confronted his wife in February this year.

He said she admitted having sex with Brehmer once before they were engaged.

Mr Parry said: ‘I confronted Tim… I asked him what had been going on and he gave me some well-rehearsed response which matched Claire’s.

‘I told him “now is the opportunity to tell me everything, if I found out you are lying I will tell your wife”. He said, “that is everything”.’

Mr Parry later placed his daughter’s phone in his wife’s car and tracked it using an app. When she travelled to Brehmer’s workplace he told his wife, ‘don’t come home’.

Mr and Mrs Parry tried counselling but he grew to ‘accept his marriage was over’ and last spoke to her minutes before her death.

He told the court that when she phoned he was ‘short with her’ because he was busy.

He said of his late wife: ‘She was a passionate and driven individual and loved to help people whether they were family or not.’

Brehmer is a former traffic officer who was seconded to the National Police Air Service and lived with his detective wife and their son, nine, in Hordle, Hampshire.

Mrs Parry, who had a daughter, eight, and a son, six, with her husband, was a nurse practitioner at a medical centre in Bournemouth, Dorset, where she was from.

Brehmer denies murder, but has admitted manslaughter. The trial continues.