Trained police negotiators have spent more than 12 hours talking to a man armed with a large power tool in Plymouth, Devon.

Officers were called to the scene shortly before 9.30am today after an emergency worker was threatened by the man.

One resident said he was told to stay indoors by armed police, but since then he said it has gone ‘eerily quiet’. 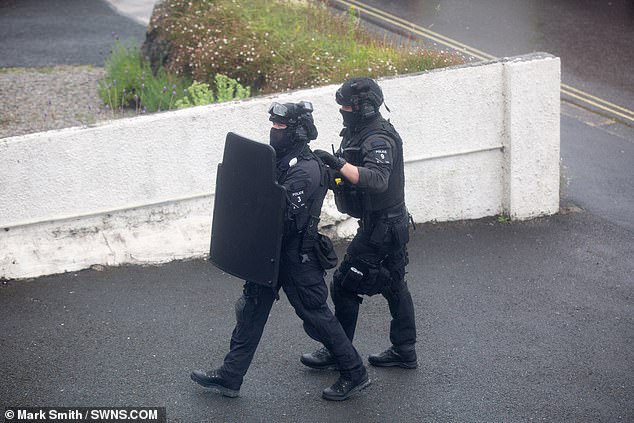 The incident, in Ham Drive, Plymouth started at around 9.30am and according to Devon and Cornwall police, is still active 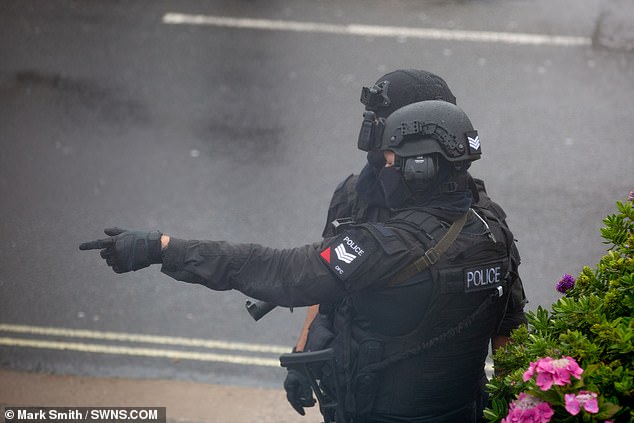 Countless police, firefighters, a dog handler, and an ambulance have since been seen on Ham Drive in Plymouth, Devon.

A spokesperson for Devon and Cornwall Police said: ‘At 0928 hours police were called to a property Ham Drive Plymouth following an incident in which emergency service personnel were threatened by a man with a large power tool.

‘Police are currently at the scene and engaging with the occupant of an address in Ham Drive to reach a safe resolution.

‘This incident is ongoing at the current time.’

One local resident reported seeing unmarked vans arrive at the scene, but that he had heard no commotion in the street.

He said: ‘Police only saying stay indoors – not giving any info. There’s around six to eight armed police and dog handlers too.

‘Fire engine hose plugged into the street mains supply. Police allowing people to leave our street but not enter.

‘My wife went to go for a run but police turned her around.’

Devon and Cornwall Police say the incident is still ongoing. 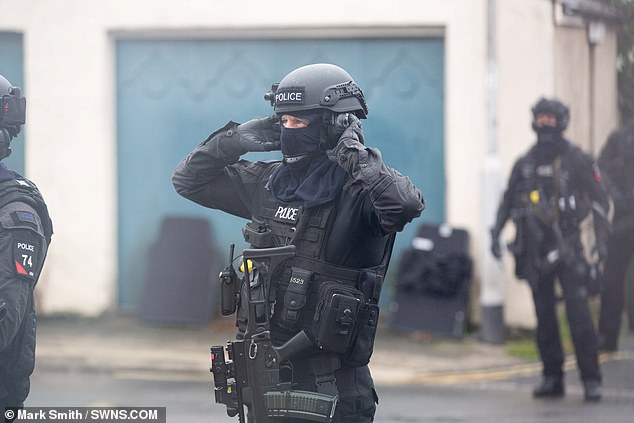 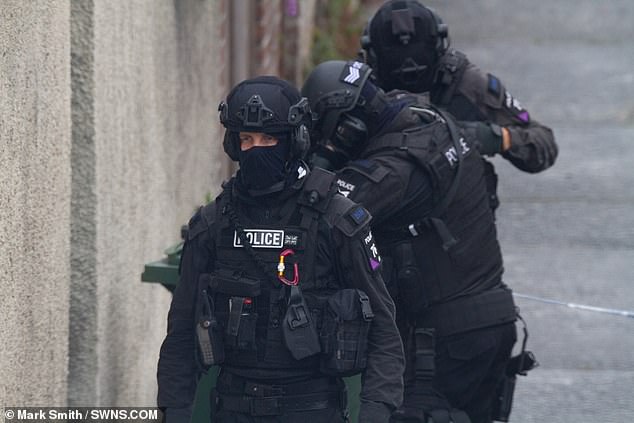 Police have confirmed that the incident which started at 9.30am is ongoing 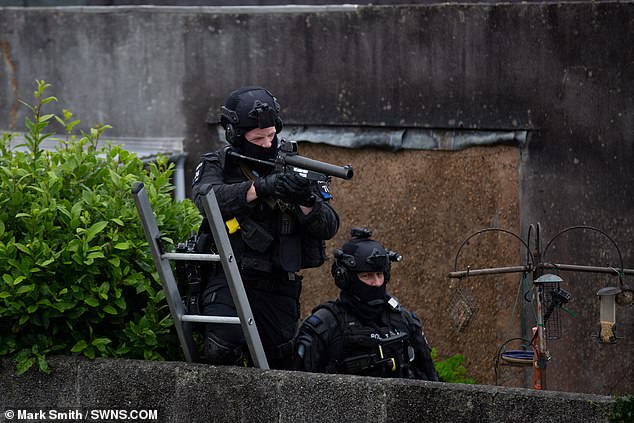 An officer covers his colleagues as they surround the suspect’s home, using what appeared to be a L104A1 plastic baton round launcher 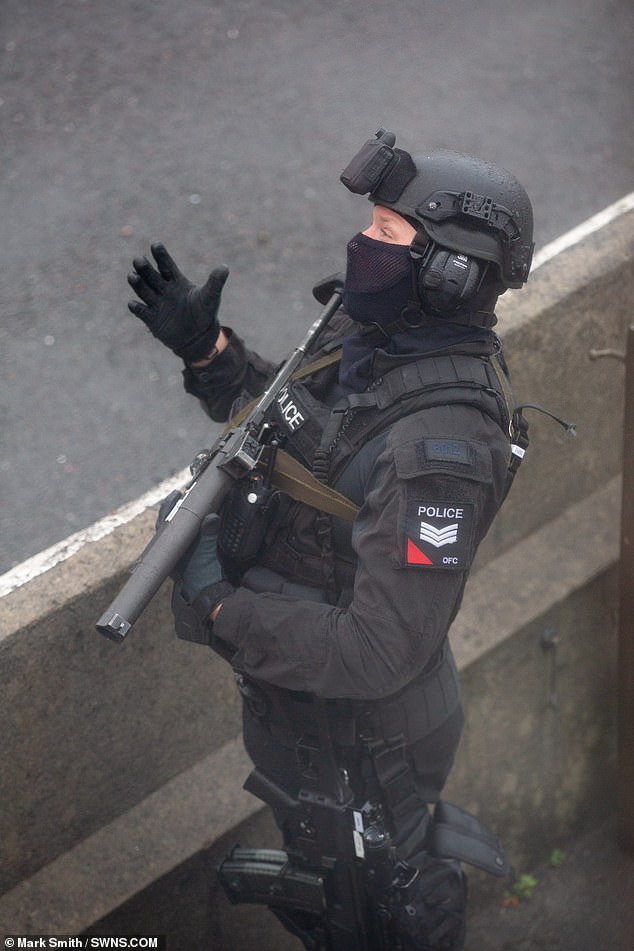 An armed police sergeant cradling what appears to be a plastic baton round launcher, stood waiting for further orders 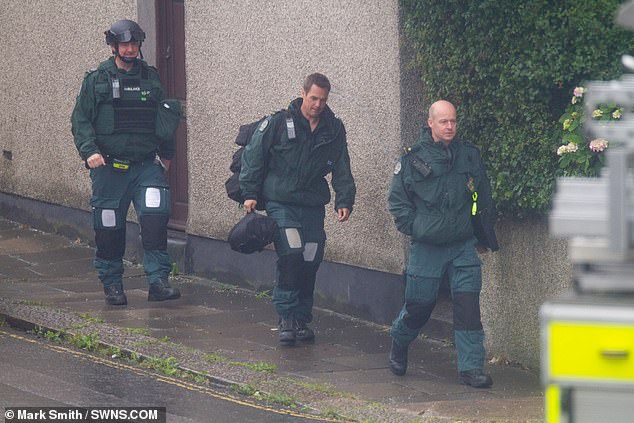