Police have launched an urgent search for two missing girls aged 13 and 14 who were last seen in Hull.

Humberside Police shared pictures of Sadie Baillie, 14, and Darcy Proctor, 13, both of whom were last seen on Wednesday.

Sadie, who has light brown hair, was last seen leaving her house in North Hull, while Darcy Proctor, who has dark hair in a bob, went missing from Annandale Road on the eastern side of the city.

Sadie Baillie, 14, was last seen in North Hull on Wednesday, Humberside Police are searching for her and another teenager

The first missing appeal was launched for Sadie in the early hours of Thursday morning, at around 3am.

Officers later shared an appeal to find Darcy, at around 6am.

A spokeswoman from Humberside Police: ‘We believe the girls are together and would appeal for them to get in touch with us as a matter of urgency so we can make sure they are safe and well. 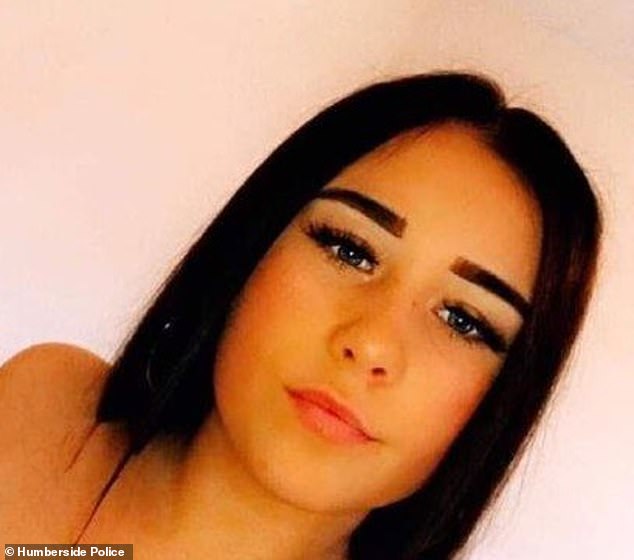 Darcy Proctor went missing from eastern Hull on Wednesday, the 13-year-old has not been found

The force said earlier this morning: ‘Both remain missing but our enquiries are ongoing to locate them both.’

Anyone with information about where Sadie Baillie and Darcy Procter are please call our non-emergency number 101 quoting log 685 of 4 November 2020.