Police have launched a double murder probe after two men were shot dead in a black Range Rover Vogue ‘in an Essex Boys-style gangland execution’ on a West Midlands industrial estate.

Police and paramedics were called to Albion Works in Brierley Hill, Dudley at around 3.30pm yesterday.

It is understood the grim scene was discovered by a member of the public who approached the car because it was blocking traffic.

They may have lay dead for more than two hours. It is thought they were both blasted at close range.

West Midlands Police at the scene in Brierley Hill, Dudley, which is being investigated in daylight today. The force has launched a double murder probe 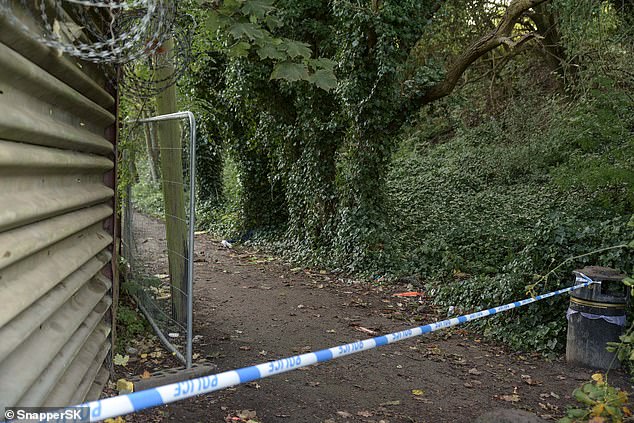 The scene today, which has been cordoned off by the police. In a statement, the force said both men were pronounced dead at the scene and a post mortem examination will take place

The gunman fled on foot, according to witnesses. Forensic investigators have been on scene into the early hours of this morning.

The two deceased men were taken away by a plain silver private ambulance shortly after 3am.

The vehicle, said by a business owner at the scene to be a black Range Rover Vogue, remains on the estate for further forensic investigations to be carried out in daylight.

One neighbour said police remained at the scene overnight and ‘lots’ of officers were searching the nearby railway track.

Another said: ‘No-one heard anything, that’s the weird thing. Maybe it’s because it’s a noisy industrial estate and there are loud bangs all the time.

‘It was only when someone asked them to move the car that they realised there were two men dead inside.’

In a statement, West Midlands Police said: ‘We’ve launched a double murder investigation after two men were found shot dead in a car on a Black Country industrial estate.

‘The men were discovered critically injured inside a vehicle parked outside units off Moor Street in Brierley Hill, Dudley, just before 3.30pm yesterday (30 Sept).

‘However, it’s understood the victims – who have yet to be formally identified – were killed at the site shortly after 1pm.

‘Both men were pronounced dead at the scene; a post mortem examination will take place in due course.’

On a Facebook community group, members were told: ‘The alleyway between Springfield Road and Moor Street is fully blocked off by police and detectives.

‘Police are knocking on doors round the street in any houses with CCTV as two men have been shot on the work units – apparently one is dead so far. 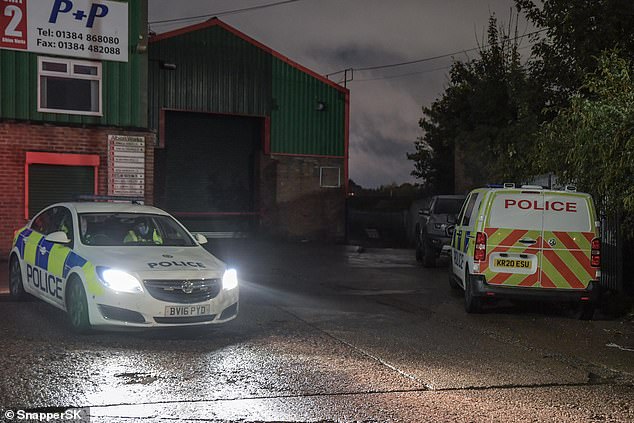 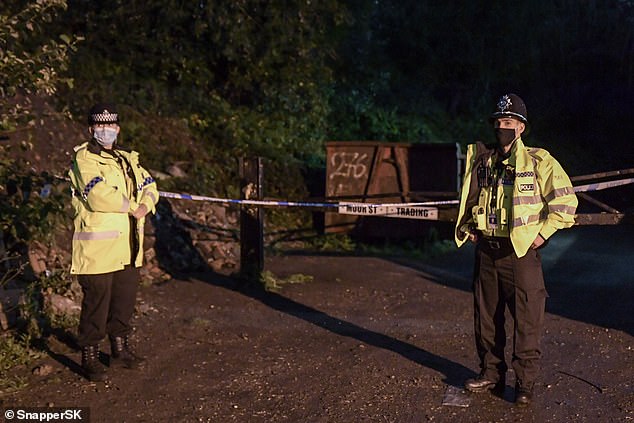 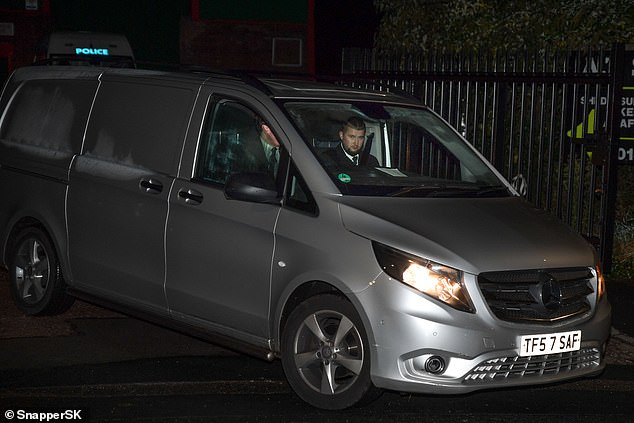 The two deceased men were taken away by a plain silver private ambulance (pictured above, leaving the Albion works with the bodies of the two men) shortly after 3am 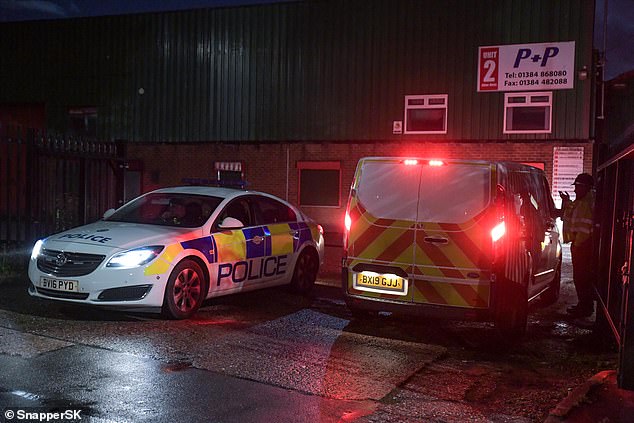 West Midlands Police forensic officers at the scene of the double murder. The force said the victims, who are yet to be formally identified, are understood to have been killed around 1pm

‘They believe the gunman has jumped over onto the railway and fled through our street.

‘Honestly it is scary how close to home everything is getting now.’

A spokesman said: ‘On arrival crews discovered two male patients, both of whom were inside a car, it is believed they had been there for some time.

‘Unfortunately, it quickly became apparent nothing could be done to save either of them and they were confirmed dead at the scene.’

It is not known if the murders are linked to a shooting in nearby Cradley Heath on Tuesday.

The police added: ‘We sealed off the industrial estate, put cordons in place to preserve the scene and enquiries are already well underway.

‘We’re appealing for anyone who was in the area at the time who saw or heard anything suspicious to get in touch.

Tony Tucker, 38, Pat Tate, 37 and Craig Rolfe, 26, were gunned down with a pump-action shotgun in December 1995 in what is believed to have been a row over drugs.

Just a month earlier the three gangsters are said to have given 18-year-old Leah Betts an ecstasy tablet in a Basildon club which led to her death.

The bloodbath scene of the triple murder of the three men down a snow-covered farm track in the small village of Rettendon inspired the 2000 Essex Boys movie, starring Sean Bean.

Whomes and Steel were convicted after evidence, which was then lost, was given by their self-professed getaway driver Darren Nicholls.

After being scrutinised for 30 hours, detectives realised the tape recording Nicholls’ questioning had stopped recording.

This led Whomes and Steel’s lawyers to claim the get-away story was fabricated, both the convicted murders still maintain they are not responsible for the Essex Boys murders.

Another gangster, London-based Billy Jasper, came forward admitting he had been paid £5,000 to take the killer to the scene of the murder – but was never charged.

An application by Whomes to the Criminal Cases Review Commission last year is believed to have contained proposed evidence that Scotland Yard had recorded another gangster saying that he would ‘take out’ the people who supplied Leah Betts with drugs, The Mirror previously reported.