Police are hunting a fraudster who injected a pensioner with a fake vaccine before demanding £160 for the useless jab.

A 92-year-old woman was jabbed in the arm with a ‘dart-like implement’ after a man claiming to be an NHS worker knocked on her door in South London, saying he was administering vaccines in the area.

The conman then asked for £160, which the victim paid as he said it would be reimbursed by the NHS, before leaving her home around 2pm on December 30.

Five days later he returned to the pensioner’s home in Surbiton, south London and demanded another £100.

It is not yet known what substance, if any, was injected, but the victim was later checked over at her local hospital and has suffered no ill effects following her ordeal, police said.

Yesterday the City of London Police’s asked for the public’s help in tracing the fraudster amid fears he may have duped other pensioners and vulnerable people.

Detective Inspector Kevin Ives from the City of London Police’s Police Intellectual Property Crime Unit said: ‘This is a disgusting and totally unacceptable assault on a member of the public which won’t be tolerated. 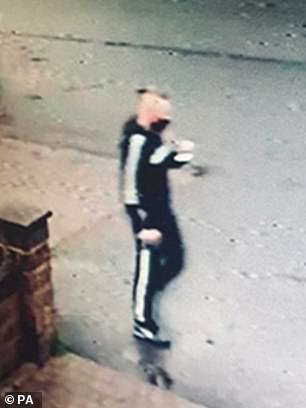 ‘We are appealing to anyone who may have information that could assist us in identifying this man to get in touch.

‘It is crucial we catch him as soon as possible as not only is he defrauding individuals of money, he may endanger people’s lives.’

The man is described as white with a London accent, in his early thirties, 5ft 9in tall, medium-build, with light brown hair that is combed back.

On his second visit to the victim’s address on Kingsmead Avenue, he was wearing a navy blue tracksuit with white stripes down the side.

An NHS spokesman said: ‘The Covid-19 vaccine will always be available free of charge.

‘The NHS will never ask you to share bank details to confirm your identity or pay for a vaccine.’

It comes as Trading Standards warned vulnerable people are being targeted with fraudulent messages offering them access to coronavirus vaccinations. 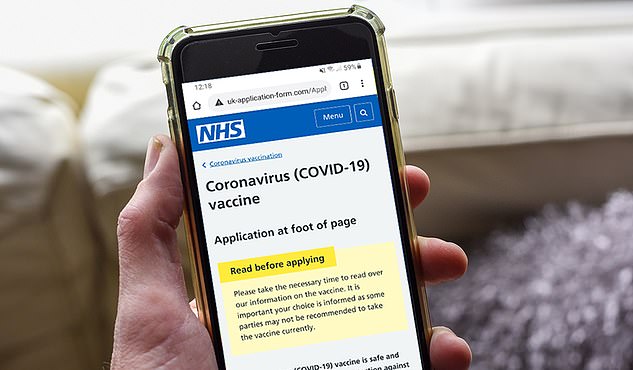 The Chartered Trading Standards Institute (CTSI) said that text messages had been sent out including links to fake NHS websites that asked recipients for bank details, supposedly for verification purposes.

Such messages were first reported at the end of December on the Western Isles of Scotland, but the CTSI says they are ‘by no means limited to the region’.

Katherine Hart, lead officer at the CTSI, said: ‘I have been tracking and warning the public about Covid-19-related scams since the beginning of the pandemic, and at every stage of response, unscrupulous individuals have modified their campaigns to defraud the public.

‘The vaccine brings great hope for an end to the pandemic and lockdowns, but some only wish to create even further misery by defrauding others.’

Anyone with information about the identity of this man, or CCTV or Dashcam footage from the area at the time of the incident, should call 101, quoting reference 3042.