Police are hunting a suspected burglar who is a dead ringer for X Factor judge Louis Walsh.

Kent Police released images of the man on social media and announced that they want to speak to him following a theft from a building site.

Tools and materials were nicked from a construction site near Ashford Road in Tenterden last month.

Officers posted CCTV grabs of the man they want to speak to in connection with the theft on their official Kent Police Twitter page and asked anyone who recognised the man to get in touch with them.

Their post was met with with a host of social media users joking they could identify the culprit straight away.

Residents remarked on him being a doppelganger for the 68-year-old telly favourite – famous for saying X Factor contestants were like younger versions of existing pop stars. 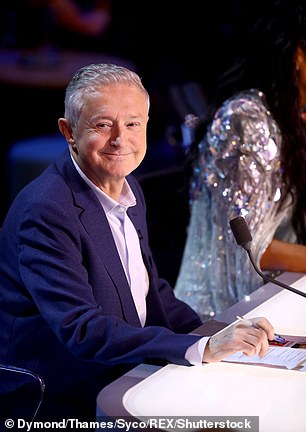 Kent Police released images of a man they want to speak to in connection with a theft (pictured right). CCTV images show an individual with an uncanny resemblance to X Factor judge Louis Walsh (pictured left) 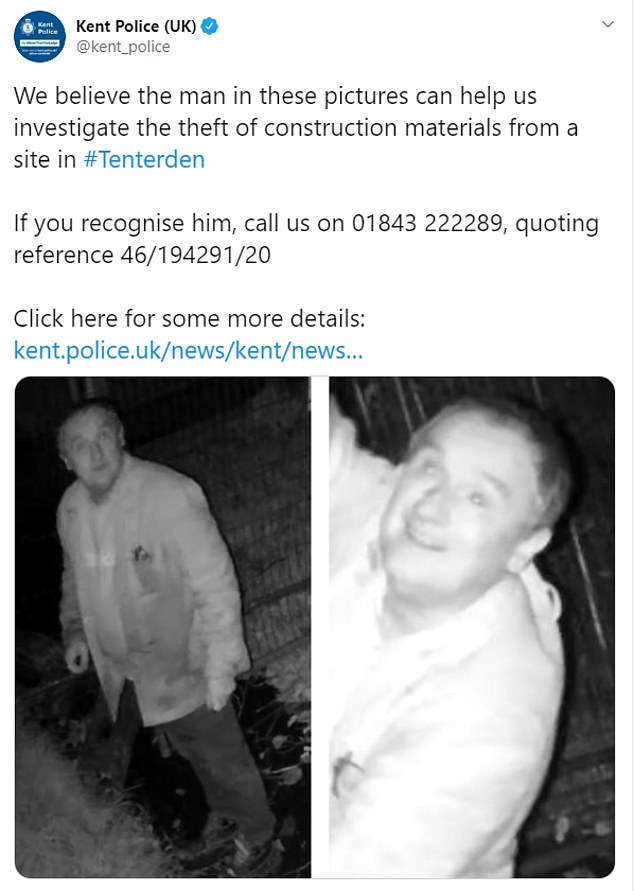 Someone else said the photographs left no room for doubt, adding: ‘100% Louis Walsh’.

Dene Goodwillie joked: ‘He must of seen something that looked like a popstar.’

Rufus Will added: ‘Its Louis Walsh.’

Someone else said the photographs left no room for doubt, adding: ‘100% Louis Walsh’

Kent Police said in a statement: ‘Officers investigating a reported theft in Tenterden have released CCTV images of man who may be able to assist enquiries.

‘At around 7.10pm on Monday 26 October 2020, fencing and other construction materials were stolen from a site in Ashford Road.

‘Officers have since been carrying out enquiries and are now at the stage to release CCTV images of a man they believe may be able to assist the investigation.

‘You can also contact the independent charity Crimestoppers anonymously by calling 0800 555 111.’