A retired police chief said today it would be his ‘lifelong regret’ that Yorkshire Ripper Peter Sutcliffe will now go to his grave without confessing to eight more murders he is suspected of committing.

But the 74-year-old serial killer stayed silent on the eight further murders detectives at the time were convinced bore his grisly handiwork.

Speaking exclusively to MailOnline after the Ripper died from Covid in jail, Mr Hellawell said: ‘I know he’ll now go to his grave without confessing to at least eight murders that I’m certain he committed.

‘It will be a lifelong regret for me. The relatives of the people he murdered, but never confessed to, and the surviving victims whose lives he ruined or damaged forever, it’s their regret I share.

‘For them not to have at least the satisfaction of knowing that he did it, and took responsibility, it means they never got closure for the damage that he caused to their families and individuals.’

A chief constable has apologised to relatives of Peter Sutcliffe’s victims for the ‘distress and anxiety’ caused by the ‘language, tone and terminology used by senior officers at the time’.

West Yorkshire chief John Robins made his ‘heartfelt apology’ after Richard McCann – the son of Wilma McCann who was murdered by Sutcliffe in 1975 – asked West Yorkshire Police to say sorry for the language used to refer to his mother 45 years ago.

Mr McCann said that when 16-year-old Jayne MacDonald was killed in 1977, officers referred to her as the first ‘innocent’ victim.

Mr McCann said he wanted the force to apologise ‘once and for all’, telling Sky News: ‘My mum was completely innocent and deserved to live.’

On Friday, Mr Robins said: ‘On behalf of West Yorkshire Police, I apologise for the additional distress and anxiety caused to all relatives by the language, tone and terminology used by senior officers at the time in relation to Peter Sutcliffe’s victims.

‘Such language and attitudes may have reflected wider societal attitudes of the day but it was as wrong then as it is now.

‘A huge number of officers worked to identify and bring Peter Sutcliffe to justice and it is a shame that their hard work was overshadowed by the language of senior officers used at the time, the effect of which is still felt today by surviving relatives.

‘Thankfully those attitudes are consigned to history and our approach today is wholly victim focused, putting them at the centre of everything we do.’

Detectives have been criticised – alongside journalists and even the attorney general who prosecuted Peter Sutcliffe – for dismissing many of those who died as prostitutes.

And senior officers’ preoccupation that the Ripper was only targeting sex workers is seen as one of the many crucial wrong turns taken in the flawed 1970s investigation.

At Sutcliffe’s trial, prosecutor Sir Michael Havers, who was the attorney general at the time, said: ‘Some were prostitutes but perhaps the saddest part of the case is that some were not.

‘The last six attacks were on totally respectable women.’

Retired detective Roger Parnell, who worked on the Ripper inquiry, rejected accusations the officers ‘did not care less’ about prostitute victims.

He told BBC Radio 5Live on Friday: ‘We certainly did, I can assure you we did.

‘These ladies were wives, they were mothers, they were sisters. And the inquiry did not change at the murder of Jayne MacDonald.

‘We were all determined from the beginning to catch the perpetrator of all these murders.’

Mr Hellawell spoke as the families of Sutcliffe’s victims were given a ‘heartfelt apology’ by the chief constable of West Yorkshire Police over the outdated attitude of detectives towards sex workers he murdered.

Chief Constable John Robins said sorry after an appeal by Richard McCann, the son of the Yorkshire Ripper’s first murder victim, to ‘once and for all’ apologise for inferring some of the women he killed were not ‘innocent.’

The investigation became the focus of massive national attention after the 5th murder – 16-year-old shop assistant Jayne MacDonald in 1977 – as the four previous murder victims had been known as sex workers.

The attitude of police towards these women, including first victim Wilma McCann, 28, was said by her son to have caused him shame and had a damaging impact on him as he grew up.

Mr Hellawell welcomed the force for finally apologising to the families, who are still around, for the way in which they described some of the women as ‘innocent’, implying that some were not innocent.

Mr Hellawell, who was a young detective at the time of Sutcliffe’s arrest, said he too had always felt ‘very uncomfortable’ at the way some senior officers put labels on the victims.

‘It’s completely wrong now, and was wrong then to suggest that one person’s life is worth more than that of another’ he said.

‘The relatives did deserve an apology for that, but I would say that individual officers worked hard and did their very best to solve the case, whatever was said by their superiors.’

Mr Hellawell was rising through the ranks of West Yorkshire CID when Sutcliffe was finally arrested in January 1981 – initially stopped by probationary constable Robert Hydes, because he had a prostitute in his car.

But a radio check revealed he had false number plates on the vehicle and he was pulled in for further questioning.

Mr Hellawell and a team of officers were ordered to look into hundreds of unsolved murders and attempted murders on their own patch and from other forces to either eliminate or include them in the mounting list of evidence against Sutcliffe.

But it wasn’t until Mr Hellawell had reached the rank of Chief Constable in 1992 that Sutcliffe finally admitted to the attempted murders of 14-year-old Tracey Browne at Silsden, near Bradford, with a hammer in 1975, and of Irish student Ann Rooney, 22, in Leeds in 1979, just over a year before his eventual arrest.

The police inquiry was littered with missed chances and errors and the original officer leading it, Assistant Chief Constable George Oldfield, to be replaced.

Mr Oldfield and his team received heavy criticism for being hoaxed by a man nicknamed ‘Wearside Jack’ who sent bogus tapes to the police, pretending to be the killer.

Colleagues and experts warned him that the voice didn’t belong to the serial killer.

But Oldfield pressed on regardless convinced he could catch his man and the terror would finally end. He suffered a heart attack at the age of 57, and died a ‘broken man’ in 1985.

As the Ripper’s killing spree continued between 1975 and 1980, crucial blunders allowed him to escape the police dragnet, despite being interviewed no fewer than NINE times.

As Sutcliffe himself declared at his Old Bailey trial in 1981: ‘It was just a miracle they did not apprehend me earlier – they had all the facts.’

The blunders were down to a simple card index system, which was overwhelmed with information, leading to vital evidence being lost in the system and not properly cross-referenced. 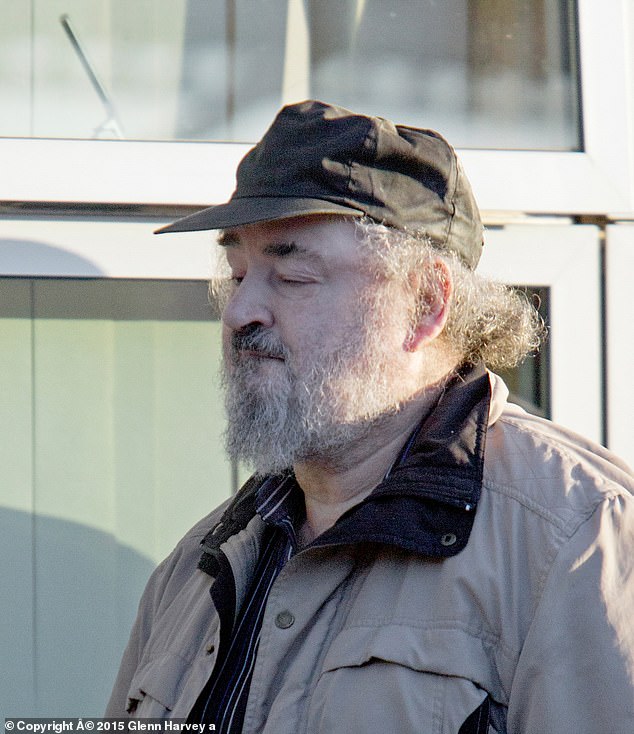 Crucial similarities between the Ripper and Sutcliffe – such as the obvious gap in his teeth and his size seven feet – were missed.

Even in 1976 – a year after the killings began – key evidence was overlooked when Marcella Claxton was attacked with a hammer.

She survived the attack near her home in Leeds and provided police with a photofit which bore a marked resemblance to Sutcliffe – but she was dismissed as a Ripper victim because she was not a prostitute.

On one of the occasions Sutcliffe was interviewed by officers, they showed him a picture of the Ripper’s bootprint near a body – yet failed to notice that he was wearing the exact same pair of boots.

Asked for his impressions of Sutcliffe after their many meetings in Broadmoor, Mr Hellawell said: ‘Disturbingly ordinary.’

‘You might expect them to be different from normal people, but the most frightening things about them is that they don’t appear remarkable at all when you meet them.

‘So that’s why they can easily pass as normal people in the community and that’s the most disturbing thing about them.

‘Clearly they are evil people – but why they’re evil, I don’t know – is it a medical condition? I’m not sure. Sutcliffe was off the scale of normality, but you’d never have guessed if you met him.’

Former Yorkshire miner Mr Hellawell, who was Britain’s drug czar between 1998 and 2002, said one small comfort he took from the death of Sutcliffe was no-one would be able to get away with such an appalling series of attacks when confronted by modern detection methods.

‘Back then, we had no technology available to us.

‘For all the times he was interviewed by different people, from different parts of the investigation team, they were all on pieces of paper in filing cabinets all over the place and there’s no way any human being could ever have brought them all together.

‘With modern methods and the great leaps in technology we’ve seen, he would never be able to get away with what he did for anywhere near as long, though of course that will be of no comfort to any of those whose lives he destroyed.

‘Part of my work subsequently at the Home Office was to be involved in helping set up Home Office Large Major investigation System (HOLMES), which is a fantastic aide for officers nowadays on a large inquiry like the Yorkshire Ripper one.’

Not all the identities of the eight further victims are known, but they are thought to include Barbara Mayo, 24, who was found strangled in woods in Derbyshire in 1970.

Others include prostitute Mary Judge, 43, discovered dead near Leeds Parish Church on February 26 1968.

Another is thought to be 14-year-old Judith Roberts, of Staffordshire, who was battered to death on June 7, 1972.