Olivia, nine, was shot dead in her own home as a hitman targeted Joseph Nee, 35

Police investigating the murder of nine-year-old Olivia Pratt-Korbel at her home in Liverpool believe the killer was sent by a gang to take out a rival.

The shooter fired twice into Olivia’s family home on Merseyside, inadvertently hitting the child in the chest.

His presumed target, Joseph Nee, barged into the house to escape from his attacker.

They then swapped to a .38 revolver carried in the waistband of his trousers, The Sunday Times reported.

The male gunman fired into Olivia’s home, hitting mother Cheryl on the wrest before the bullet lodged itself in the girl’s body.

Fifty officers are now working on the inquiry, with the reward for finding the killer set at a record £200,000. 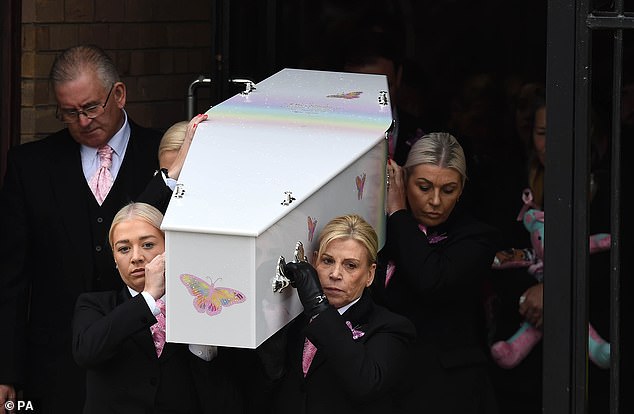 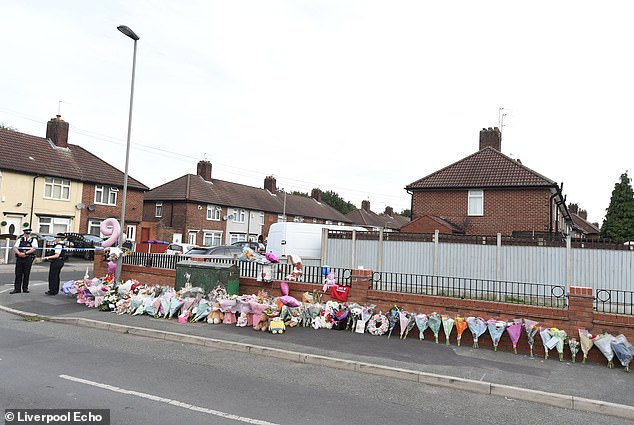 Tributes were left by Olivia’s home on Kingsheath Avenue, Dovecot after the August shooting 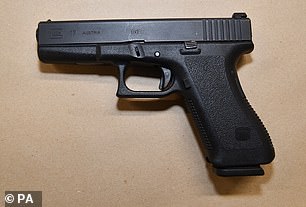 Nine arrests have been made but her killer remains at large.

Police handout footage shows the 5ft 7in man in a black padded jacket running from the scene in a black balaclava and black gloves.

Detective Chief Superintendent Mark Kameen said: ‘Why did he carry two firearms? He was clearly motivated to carry out the act that he was sent to do. 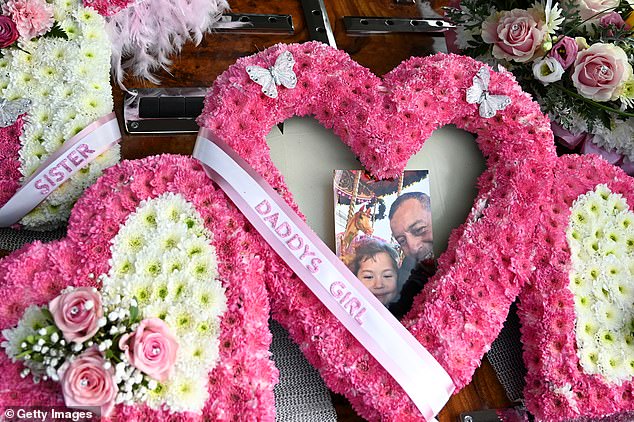 ‘This is serious organised crime at its highest level.’

Merseyside cops have suggested the killer used a ‘linked-series’ weapon, which means there is evidence of its use on multiple crime scenes over the past year.

That has offered police an ‘investigative foothold’ in catching the killer, Kameen added.