Police officers were beaten and a police officer was kicked in the face while trying to disperse a crowd gathering on a beach amid lockdown.

An officer was left injured after police tried to break up the crowd of 200 people on Ballyholme Beach in Bangor, Northern Ireland, on Friday night.

Police were called to the large gathering and tried dispersing the group when they ‘came under attack from sections of the crowd’, with an officer being kicked in the face.

Four teenagers were arrested and a 17-year-old man has been charged with offences including assault on police and is due to appear at Newtownards Youth Court on June 23.

An 18-year-old woman and a 16-year-old boy have been released to be reported to the prosecutors while a 15-year-old boy remains in custody.

The Police Service of Northern Ireland (PSNI) statement said: ‘One police officer was injured after she was kicked in the face.’

Assistant Chief Constable Alan Todd spoke more generally about the country’s easing of lockdown and urged people to make ‘sensible decisions’ over the next few days.

He said: ‘I understand that as time goes on, and with the current spell of good weather, some people may be tempted to get out and about and make the most of the sunshine.

‘However, as a police service, our key role is to support our public health colleagues and the Northern Ireland Executive to ensure we all play our part in stopping the spread of the virus and help save lives. 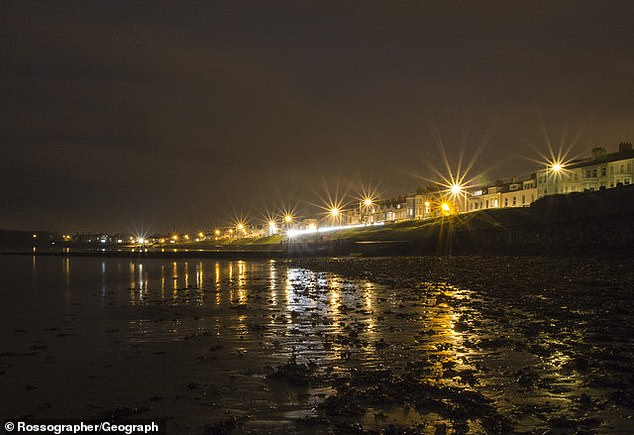 Four teenagers were arrested and a 17-year-old man has been charged with offences including assault on police and is due to appear at Newtownards Youth Court on June 23. Pictured, Ballyholme Beach, Bangor

‘The latest data available shows that the R (infection rate) number, which was flattening/falling, has actually increased again as restrictions have been eased.

‘This means that every one of us needs to make informed and sensible decisions about our conduct over the coming days to ensure that we are protecting our own health and the health of others.

AC Todd said police will continue to explain and ‘encourage people to make the right choices and we will enforce when necessary’.

Police have also stepped up patrols over the weekend, particularly around beauty spots, resorts and transport hubs and will focus on issues including alcohol consumption in public places, speeding and drink driving.

AC Todd said: ‘Each and every one of us has a personal responsibility to follow the NI Executive regulations and do everything we can to stop the spread of Covid-19.’

The latest data from the Department of Health has confirmed one person has died from coronavirus in the last 24 hours, bringing Northern Ireland’s overall death toll to 522.

Meanwhile, an additional 13 positive cases of coronavirus have been confirmed, bringing the total cases in the country to 4,709.