A 49-year-old homeless man has been arrested for setting fire to the iconic 50ft Christmas Tree outside the News Corp HQ in Times Square last night.

Fox News employees watched as the Craig Tamahana, 49, climbed the tree at 12.14am and called police. He tried to scramble away, but was taken into custody.

NYPD detectives tell DailyMail.com that it was a completely random act and not politically motivated against News Corp, which owns The New York Post and The Wall Street Journal.

Tamahana’s criminal record remains unconfirmed. He is in police custody, awaiting transfer and is due to appear later in court on Wednesday on six charges.

The incident is another sad example of the senseless and random crime that is ravaging the city and is likely to deter tourists this Christmas, the first festive season that New York has been able to welcome international visitors since 2019.

Crime is soaring all over the city with violent attacks on subways and random assaults in the street happening far more frequently than in the past two years.

Outgoing Mayor Bill de Blasio has been largely blamed for the surge in violence, after softening bail reform to let criminals out of jail early then moving homeless people out of shelters and onto the streets or into hotels during the height of the pandemic.

His term ends on December 31. Mayor-elect Eric Adams, a former NYPD cop, has promised a crackdown on crime. 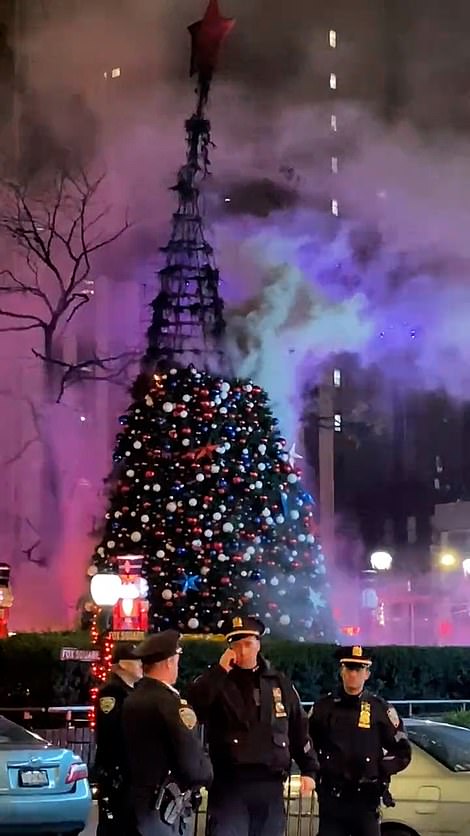 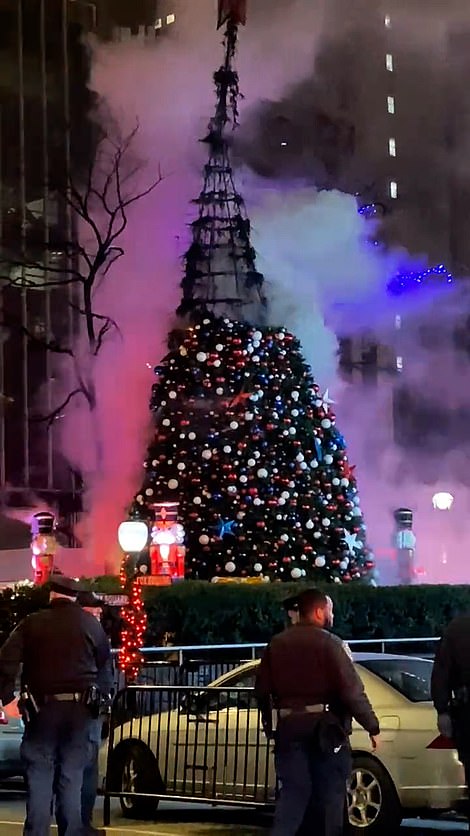 Plumes of black smoke billowed from the festive display after it was set ablaze shortly after midnight in Fox Square, by the building which houses Fox News

Three nearby Christmas trees which were also decorated with lights were damaged by the blaze.

Police cordoned off the square as FDNY firefighters extinguished the fire.

A 49-year-old man has been arrested after he was seen climbing the tree before running away but police have not yet revealed any further information, but said they do not believe it was politically motivated.

Investigators also refused to confirm if they found an incendiary device.

The tree had been lit Sunday during an ‘all-American Christmas tree lighting’ ceremony.

It is not yet known if the tree will be replaced.

Fox & Friends host Steve Doocy said at its unveiling: ‘When we walk in at three and four o’clock in the morning on weekdays to go to work, the music is so orchestral, so dramatic, and so big, it just puts you in the Christmas spirit as you walk through the crossroads of the world. 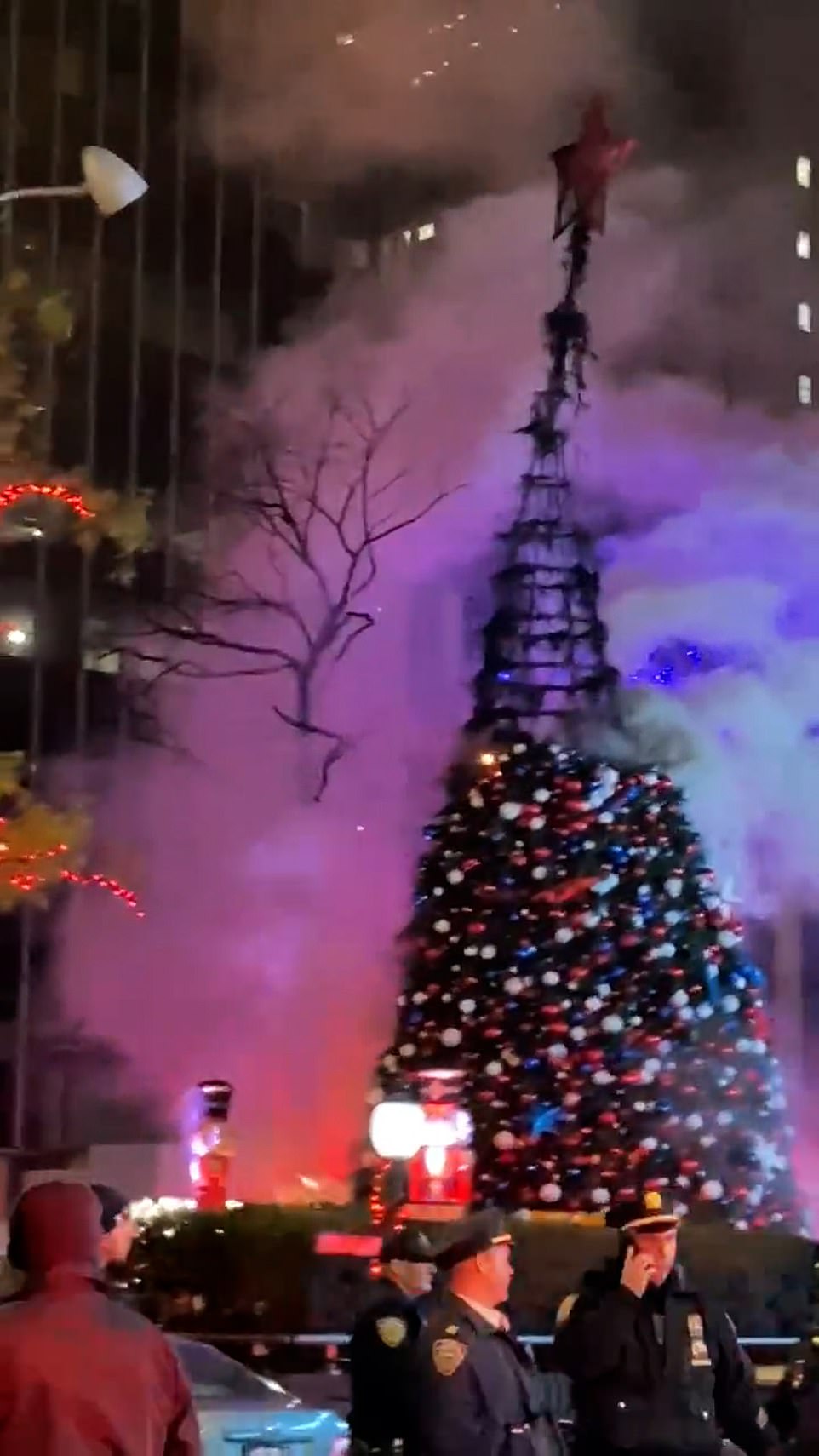 The red, white and blue decorations were completely destroyed as the flames engulfed the tree on West 48th Street and 6th Avenue