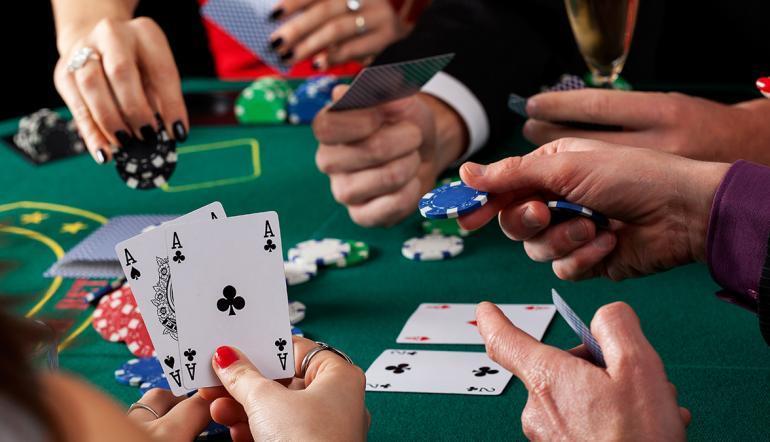 Some sources claim that Chinese domino games played a fundamental role in poker history. According to some historians, as early as 900 years of our era, the Chinese aristocracy used to play a game remotely reminiscent of poker. Some historical documents describe how the Emperor of the Middle Kingdom, Mu Tsung, played bone cards in something that resembled a game of poker.

Some historians send us to the ancient Persian game “es nes”, which was played with a 25 card deck of cards, which has five suits. Only five peoples were supposed to play this game.

More realistic, but with the same later versions (1500-1600), the history of poker refers to some European games, such as primiero (common in Spain and Italy), as well as la prima (known in France). The rules of these games are vaguely reminiscent of the rules of poker but are simpler. It was necessary to play with only three cards, there were also rounds of bidding, after which the strongest hand won the pot. Although not many combinations were formed in this game, this game was very popular.

In the 18th century, the history of poker received a new development – games such as “pokhshpil” (Germany), “bragg” (England), and “pok” (France) were widely used in Europe. These games are undoubtedly much more relevant to the history of poker, since poker combinations were already built from five cards, and one of the most important aspects of the game was bluffing. The rules of the games differed in different regions of the countries, but like poker, they had several rounds of betting, and the most powerful combination made up of five cards won.

At the same time, the card game Teen Patti was popular in India. We can say the history of poker began with this game because only in it they played a deck of cards consisting of all 52 cards, the game also used blind bets (blinds), and there were several rounds of betting.

For the first time, the word poker appeared in literature in 1834, thanks to the traveler Jonathan Green. While traveling on a ship in the Mississippi, he watched with interest, a strange, but exciting gambling game, which the sailors played all day.  Sailors used to play this game among 2 to 4 people. The card deck consisted of 20 cards of four stripes. The cards include aces, kings, queens, jacks, and tens. Jonathan, describing this game in his book, called it a “game of deceivers” because most often, money was won not by the strongest hand but won by that player who managed to correctly bluff during the time.

The true story of poker begins with the moment when the French colonists began to explore America. In this time, this game has gained immense popularity among residents. It was impossible to find a saloon in which the surrounding inhabitants would not play poker. Over time, poker has become almost a national game, played everywhere by people of different ages. Even the majority of US presidents were addicted to poker.

In Europe, the history of poker dates back to 1870, from when the US ambassador to Great Britain introduced this game to the Queen’s court. The whole aristocracy of Great Britain was delighted with the new game, the rules of which they were taught.

With the advent of the casino, poker only strengthened its position, because it was one of the most popular casino games.

Today, there are about two dozen varieties of poker, each of which has its own audience and connoisseurs. Of course, the popularity of this game is growing every year, and the history of poker is just beginning. You can familiarize yourself with the Poker Rules and all its main varieties on our website.

Since poker was brought online towards the end of the 90th, online poker has been gaining popularity and consistently growing year after year attracting millions of players. Indonesia, United States, Canada, Russia, and Brazil seems to be the top 5 countries where poker is popular.